When the Jardin d’Acclimatation was a human zoo

When the Jardin d’Acclimatation was a human zoo

At the entrance of the Jardin d’Acclimatation is a commemorative plaque which does not draw much attention. It was only because we were waiting for friends before entering the park that I noticed it. To my surprise, I found out that the plaque talked about a deeply questionable fad that took place in Paris when France was a colonial power. How many people of our generation know that not so long ago the Jardin d’Acclimatation was a human zoo organising ethnological exhibitions of non-European indigenous peoples? And this reputed garden was not the only place to have done so. Major capital and cities of the Western world organised ‘ethnological exhibitions’: New York, London, Hambourg, Zurich, Milan… Let’s go back to a time when the Jardin d’Acclimatation was a human zoo…

The Commemorative plaque at the entrance

The plaque is situated just outside the entrance pavillon (entrée Porte des Sablons). It is therefore visible by all passersby. Sadly the plaque is not very respected. As you can see in our photo it is fixed on the ground amidst too many cigarette butts.

What does it read in French?

The commemorative plaque is only written in French and reads:

The testimony relates to the unfortunate destiny of 111 peaceful cultivators from New Caledonia. In 1931 New Caledonian Kanaks left Noumea for Paris on the occasion of the Paris Colonial Exhibition of 1931.

The quiet cultivators were promised a pleasant stay at the Exhibition, and sightseeing in Paris and France. On arrival in Marseille, they were directly brought into the Jardin d’Acclimatation in Paris and put on display cast as “savage polygamists and cannibals”.

Among the exhibited Kanaks were members of the family of the famous French soccer player, Christian Karembeu, who relates the story in a book.

Commemorative plaques inside the Jardin d’Acclimatation

Once inside the Jardin d’Acclimatation, other commemorative plaques reveal the disgraceful events that took place there at the expense of non-European indigenous peoples. The content of the message is far too complicated for the children who have come to spend a great moment playing and aim more at the accompanying adults.

About the Colonial Times

Not far from the merry-go-round and other kids’ rides is a commemorative plaque about the ethnographic exhibitions during Colonial times. Here is the transcript if you cannot easily see the words on the photo:

Scientific experimentation, curiosity about others, colonial expansion, a passion for exoticism

A large number of events fall within the context of colonial expansion. They contribute to the forging of the stereotyped representation of colonised populations in the French imagination.

Obviously, they encourage encounters with, and the discovery of, others as highlighted in 1903 by the walker’s guide, le Guide du Promeneur: “The ethnographic exhibitions – of which the Jardin d’Acclimatation has a near monopoly – have the double merit of arousing the curiosity of the crowds and of educating them by putting before them human races”.

With “The support of the scientific community”

They, in fact, receive the support of the scientific community.

In this way, the Société d’Anthropologie comes “to examine carefully the natives camped at the Portes de Paris”.

The famous Charles Darwin, the father of evolutionary doctrine, is one of the 400,000 visitors to the Fuegian exhibition. This is the period when science embarks on the exploration of the human race.

Looking to produce a photographic inventory of populations, the geographer Roland Bonaparte (1858-1924) also comes to the Jardin, to observe “close up and in detail these specimens of a race of humans”.

Just like the reprehensible Comte de Gobineau or the naturalist Joseph Deniker, nascent anthropology attempts to determine and to classify so-called “races” according to morphological features.

Having become dominant in academic circles, this “racialism”, which tends sometimes to turn to racism, is a pseudoscientific ideology that is, alas, promoted through textbooks and ethnographic exhibitions.

It is also, for some, the justification of a colonial policy. It will become the bedrock of Nazi horror.

Fortunately, the sensationalism sought after by the Jardin’s management is disowned by the Société d’Acclimatation.

The anthropologist Paul Topinard (1830-1911) in turn condemns the exploitation of twenty-six Somalis: “These wretches were cooped up in an enclosure that looked exactly the same as those provided for kangaroos… Under the stupid gaze of a merciless multitude, there were made to jump, dance, scream… When will they stop treating like that (on the pretext of science, alas!) that noble creature that is man?”

His appeal goes unheeded, even after three Galibi Indians from French Guiana died in 1892 because of the Paris climate.

The series of exhibitions ends in 1931 with a hoax: around a hundred Kanaks are housed in primitive huts and presented to a gullible public as “wild polygamists and cannibals”.

Today, it is on a footing of equality among peoples and the brotherhood of nations that, each spring, the Jardin d’Acclimatation invites one of the world’s major countries to settle along its paths and to peacefully invade its 19 hectares.

A bit further away is another commemorative plaque about the ethnographic shows once organised at the Jardin d’Acclimatation that reads:

From 1877 to 1931, the Jardin d’Acclimatation exhibits groups from distant lands. These events aroused, alas, a strong fascination.

This fad goes back to 1810 when a young callipygian African nicknamed “The Venus Hottentote” (1789-1815), is exhibited first in London, then in Paris where she is examined in particular by Étienne Geoffroy Saint-Hilaire.

His grandson, Albert, is the person who really launches the fad in France; a fad that is deeply questionable, if not shocking, that will go on to be called “human attractions”.

It is modelled on the anthrozoological exhibitions created by Carl Hagenbeck (1844-1913) – the German “King of the zoos” – who, in 1875-1876, shows the public in turn: Lapps, three Nubians, and an Inuit family from Greenland.

It is a tremendous success. The magazine L’Illustration notes: “Crowds throng there without hesitation; each day, visitors abound”.

Geoffroy Saint-Hilaire commends a “fruitful operation, as much from the purely financial point of view as from the scientific one”.

The result is so encouraging that the Jardin repeats the experience in November with six Eskimos. Annual visitor numbers double, to reach 830,000 admissions!

The following year, Parisians flock to see other “singular individuals”, Argentine Gauchos and Lapps: the total number of visitors reach close to one million!

A mass phenomenon across the Western world

This is a mass phenomenon that affects many western countries, like Germany where more than three hundred ethnic groups are exhibited over a period of seventy years, or Switzerland where such shows can be seen in Zurich until 1960!

In France, the universal and colonial exhibitions, regional fairs and music halls like the Folies Bergère, each in their turn, seize on this, oh so lucrative, attraction.

Up until the First World War, le Jardin d’Acclimatation organises some thirty exhibitions of so-called picturesque groups such as Fuegians, Cossacks, Hottentots, Malabars, Dervishes or the Galibis of French Guiana who sail on the small lake on board pirogues.

A Lapp gives birth to a baby girl christened “Parisienne”. In 1883, more than 900,000 spectators come to gaze at: twenty-two Ceylonese, in June; two families of Araucauians from the Andes, in July; twenty-two Kalmyks from Siberia, in September; and fifteen Indians from Nebraska, in October.

When the Jardin d’Acclimatation was a human zoo: a Historic documentary

This video (in French) is a historic documentary on the Kanaks that were fooled by the authorities and sent to France under false pretences.

Get this book to find out more!

To find out more about the time when the Jardin d’Acclimatation was a human zoo, you may be interested in this book dealing with the topic of ‘body trade’ in the past. 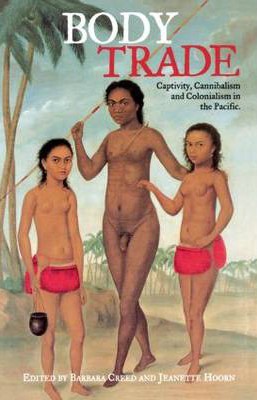 The book by authors Barbara Creed and Jeanette Hoorn titled Body Trade – Captivity, Cannibalism and Colonialism in the Pacific relates the unfortunate travel of the Kanaks from New Caledonia to Paris as well as other stories worth telling.

Find out more about the Jardin d’Acclimatation.

Get your eTicket to the Jardin d’Acclimatation…