Discover Villefranche-sur-Mer on the French Riviera

Discover Villefranche-sur-Mer on the French Riviera

Now included in the Greater Nice, the dazzling little town of Villefranche-sur-Mer on the French Riviera is a pleasant sea-resort with its old town made up of colourful façades and red tile roofs, beaches and busy seafront where the terraces of cafés and restaurants overlook the authentic fishing port and one of France’s largest marinas.

Jean Cocteau described it as ‘a source of myth and inspiration’ as its beautiful setting between Mont Baron and the Cap Ferrat peninsula made him feel ‘as if in a box at the opera’.

Today part of Nice’s suburbs, Villefranche-sur-Mer is a commune situated in the département of Alpes Maritimes 10 kms from Monaco. The three Corniche roads linking Nice to Menton pass through Villefranche with the Lower Corniche bordering the old town. 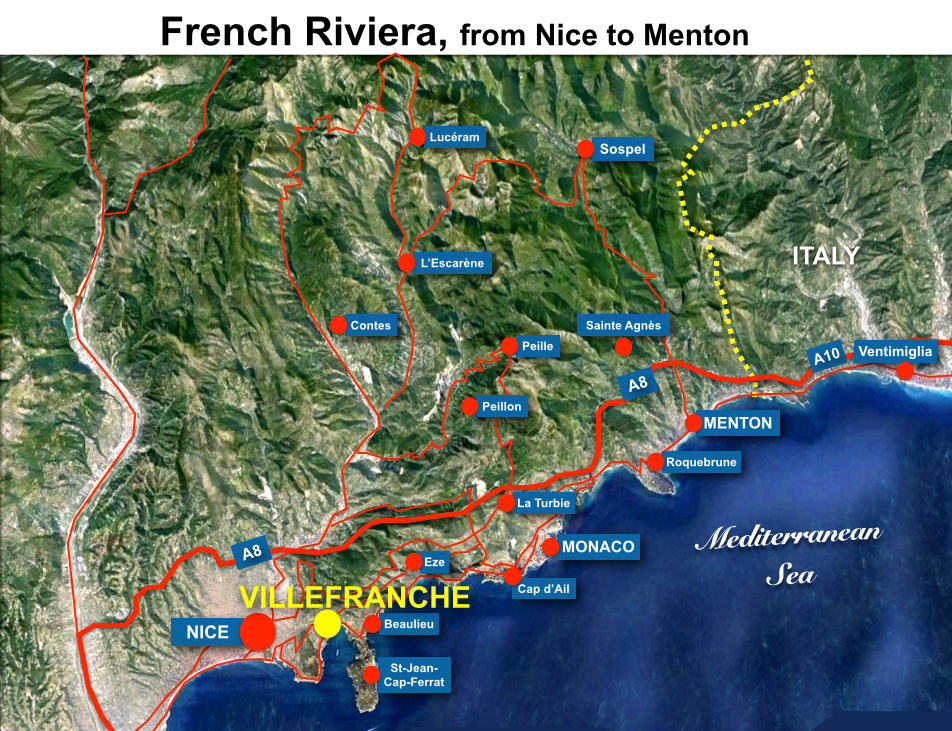 The town owes its importance to its bay (la Rade de Villefranche) which is one of the deepest natural harbours in the Mediterranean Sea (95 metres), allowing safe anchorage for large ships.

The Rade de Villefranche is bordered by the Cape of Nice to the west and the Cap Ferrat peninsula to the east. The town extends to the surrounding hills which reach an altitude of 577 metres (Mont Leuze).

The town is not the only one in France to bear the same name and should not be confused with Villefranche-sur-Saône and Villefranche-de-Rouergue.

Villefranche: a bit of history

The natural harbour of Villefranche was used by the Greeks and the Romans. The submission of the Alpine people to Rome made possible the extension of the Via Aurelia (Rome to Pisa) to Gallia Narbonensis. Thus was created the Via Julia Augusta in 14 BC which passed through Villefranche, then known as Olivula Portus.

During the Barbaric Invasions, the harbour repeatedly suffered from invasion from the sea. This led the villagers to abandon the coast to seek refuge in the surrounding hills where they founded a new village: Montolivo.

Villefranche (free city or free port) owes it name to Charles II, Duke of Anjou and Count of Provence whom, in 1295, convinced the villagers who were living in the hills to settle down to the coastline. By building an active seaside town, the strategic bay was less likely to be visited by pirates. Charles II conferred to Villefranche a charter, granting tax privileges that were enforced until the 18th century.

In the 14th century, Villefranche and the County of Nice became part of the Duchy of Savoy. The town was of great importance to the House of Savoy as Villefranche was their only maritime gateway. 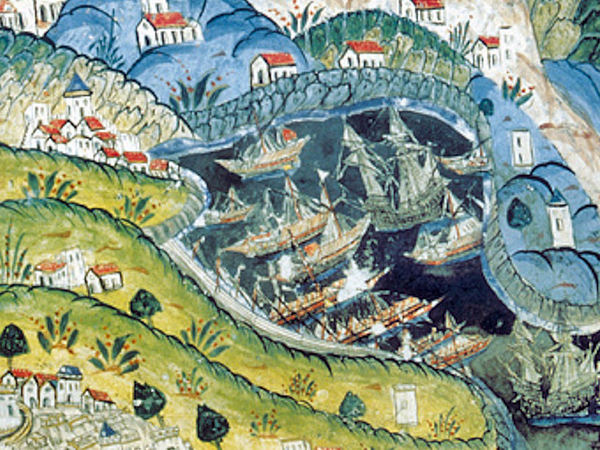 In 1543, the French and Turkish troops under the command of Barbarossa invaded the region and besieged the city of Nice. These events led the Duke of Savoy, Emmanuel Philibert, to fortify the summit of Mont Alban which overlooks both Villefranche and Nice. Another fortress was built in the rade of Villefranche to prevent any further invasion from the sea: the Saint-Elme citadel which now houses the town-hall. 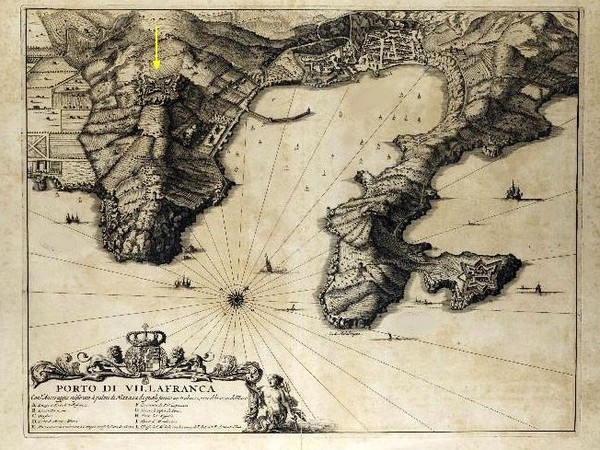 During the 18th century, Villefranche lost its strategic appeal due to the opening of Nice’s new harbour but kept a busy military and naval base.

Between 1793 and the end of the Napoleonic Empire in 1814, Villefranche and the County of Nice were occupied by the French. By the Congress of Vienna in 1815, the County was retroceded to the Kingdom of Piedmont-Sardinia. It was during the 19th century that Villefranche became a home port for the Russian Navy.

In 1860, the County of Nice was given to France following a referendum.

During the Belle Époque, Villefranche attracted celebrities and upper-class visitors during their winter vacations.

The U.S. 6th Fleet of the United States Navy made Villefranche his home port from 1948 until 1966 when France left NATO.

Since then, Villefranche has been a safe anchorage for cruise ships and luxurious yachts, and has become one of the busiest marinas in France along with Marseille.

The old town of Villefranche-sur-Mer

The Saint-Michel church was built in the 1750s on the site of a former sanctuary from the 14th century. Built in Baroque style with strong Italian influences, it contains some interesting sculptures and paintings.

The Saint-Pierre Chapel is famous for having murals painted by Jean Cocteau. Built in the 16th century, it was used as a storeroom for fishing nets and equipments in the 19th century.

The picturesque Rue Obscure or “Dark Street” is a 130 metre long arched passage beneath the houses. Longing the site of the first fortified wall giving onto the sea, the street was first mentioned in 1260. Initially the street was not covered as it served as the chemin de ronde for soldiers.

The Darse Royal Port was fortified by the Dukes of Savoy from 1550 and included the Saint-Elme citadel. Two centuries later, the port was significantly improved to counter any invasion from the sea with the construction of a lighthouse, docks, an arsenal and a forge. In 1770 were added a prison, a rope factory and the officers’ barracks. The Lazaret tower is the only tower remaining today out of the three that guarded the citadel. Inside the renovated citadel can be found Villefranche’s town-hall, three museums, an auditorium, a chapel and an open air theatre. Today, the Darse Royal Port serves as one of France’s largest marinas.

How to get to Villefranche-sur-Mer

Villefranche-sur-Mer is easily accessible from Nice via the Corniche Inférieure (Lower Corniche or D6098) which follows the coastline around Mont Boron or via the D6007-D133 roads which give a more direct access.

The railway station of Villefranche-sur-Mer is situated on the Nice-Ventimiglia TER line with frequent service.

Nice, France’s third airport after Paris CDG and Orly, is situated only 12 kms from Villefranche-sur-Mer.

The French Riviera or Côte d’Azur: A discovery guide

What to see in Nice when cruising the French Riviera