The curious Saint-Jacques Tower stands alone, at the centre of the trees and lawns of the Square de la Tour Saint-Jacques. It is the only vestige of the former church of Saint-Jacques-de-la-Boucherie, which thrived in the heart of Paris. The tower is 62 m tall, including the statue of St. James at its base. In addition, its terrace offers one of the most stunning views of Paris. You will easily find it in the neighbourhood of Châtelet in the 4th arrondissement of Paris.

Charlemagne and the St. James’ Way

The edifice was once the bell tower of the parish church of Saint-Jacques-de-la-Boucherie, dedicated to James the Greater (Jacques le Majeur in French)

Legend has it that Charlemagne founded a church on the site to shelter a relic of James the Great.

For many pilgrims from the Paris region, the tower was a departure point on the road to Tours (Via Toronensis) of the St. James’ Way. This was the pilgrimage route to Santiago de Compostela.

This explains why the tower has been part of the Unesco World Heritage Sites of the Routes of Santiago de Compostela in France since 1998.

The former church of Saint-Jacques-de-la-Boucherie

The former church was edified in the Paris neighbourhood of the Grande Boucherie (Great Butchery) in the 12th century. Therefore, it took its name from the butchers in 1259. The main reason for that was to distinguish it from the church of Saint-Jacques-du-Haut-Pas situated on the Left Bank.

In 1406, King Charles VI allowed the butchers to find a guild honouring the Nativity of Jesus in their chapel.

The church was extended in the 14th century, particularly in the 16th century, when it was adjoined with a new bell tower: today’s Tour Saint-Jacques.

The bell tower of Saint-Jacques

The bell tower of Saint-Jacques-de-la-Boucherie was built during the reign of King François I between 1509 and 1523. Architects Jean de Felin, Julien Ménart and Jean de Revier built it in Flamboyant Gothic style.

It reaches a height of 54 metres and has three symbolic statues at its top representing the four Apostles (a lion for Mark, a bull for Luke, an eagle for John and an angel for Matthew). The more prominent statue depicts St. James.

The bell tower reflects the wealth of its patrons, the Guild of Paris’ Butchers, who sold their goods at the nearby Les Halles market. This explains the presence of Flamboyant features such as statues, crockets and niches.

From the Revolution until today

After serving as a meeting place for the Lombard revolutionary section of Paris, the desecrated church was sold as a confiscated property and consequently dismantled in 1797 with its stones traded. The bell tower was spared from destruction and is the only part that remains today of the former sanctuary.

In 1824, a manufacturer bought the tower to install an ammunition plant. Eventually, the City of Paris purchased the tower in 1836. In 1852, the opening of Rue de Rivoli led the authorities to restore the tower from its foundations to its top, adding more than 20 statues, including many gargoyles. The Revolutionaries had destroyed the original statue of St. James and sculptor Paul Chenillon replaced a copy of it.

The first ‘square’ of Paris was created at the foot of Tour Saint-Jacques. ‘Un square’ is a little urban square filled with a public garden. The opening of the Square de la Tour Saint-Jacques took place in 1856. Four streets border the square:

In 1862, the Tour Saint-Jacques was listed as a National Heritage Site of France. Since 1891 the top of the tower has included a meteorological laboratory.

The panoramic view at the top

It is possible to organise a walk up to the top of the tower via the 300-step spiral staircase where the breathtaking view embraces all of Paris’ iconic landmarks and monuments, from Notre-Dame to the Conciergerie and the Pompidou Centre, and from the Eiffel Tower to the Arc de Triomphe and the Grande Arche de la Défense. Read more about the panoramic view from the top of Tour Saint-Jacques. 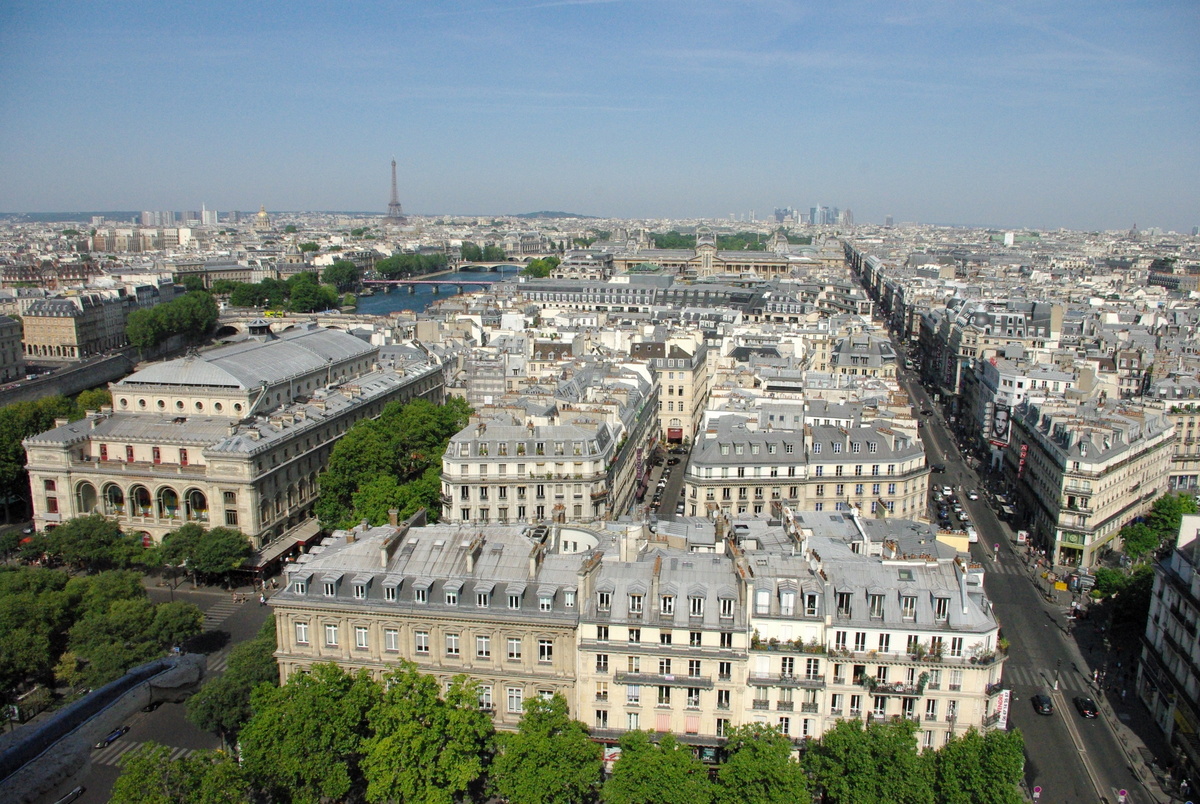 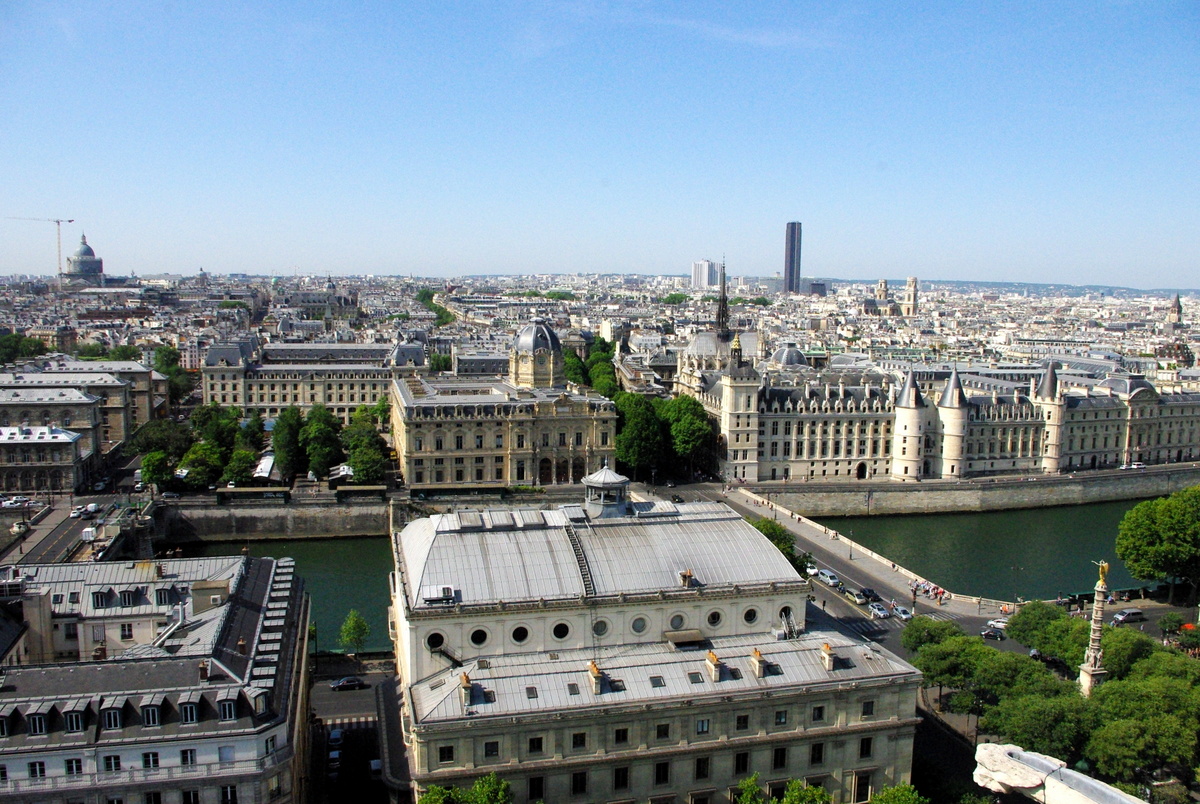 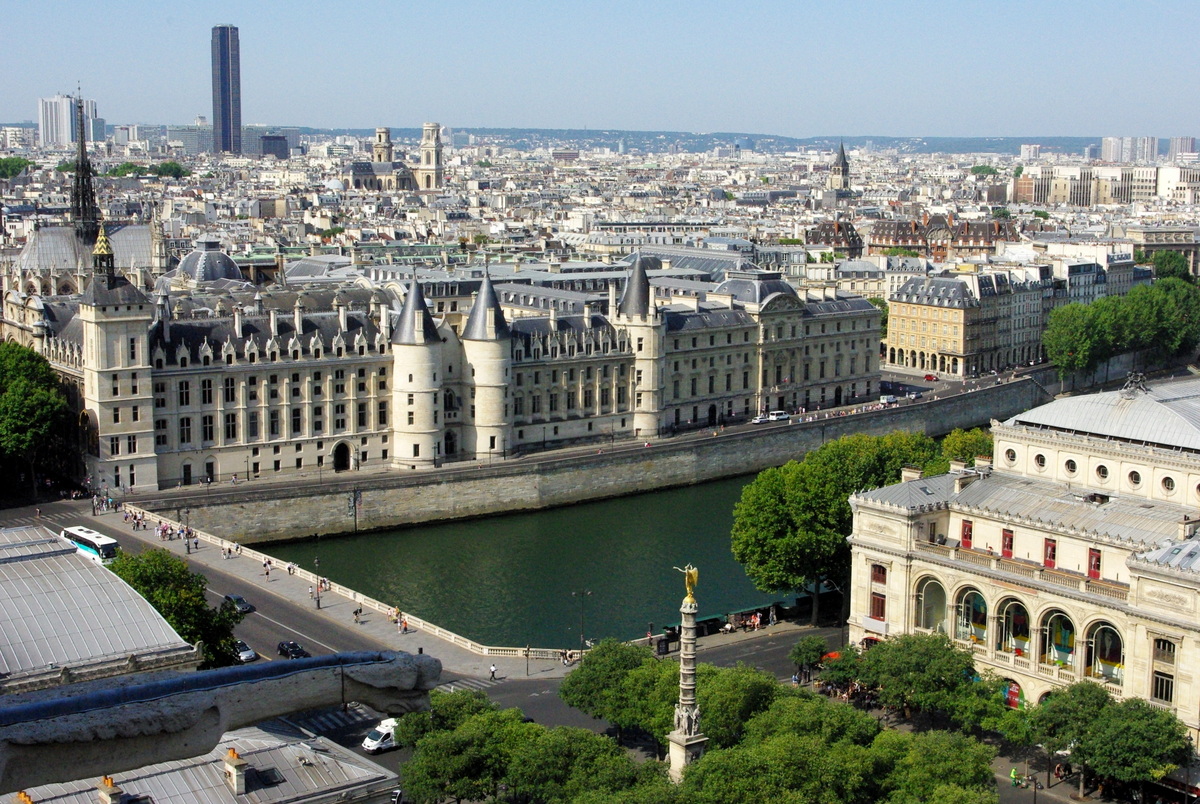 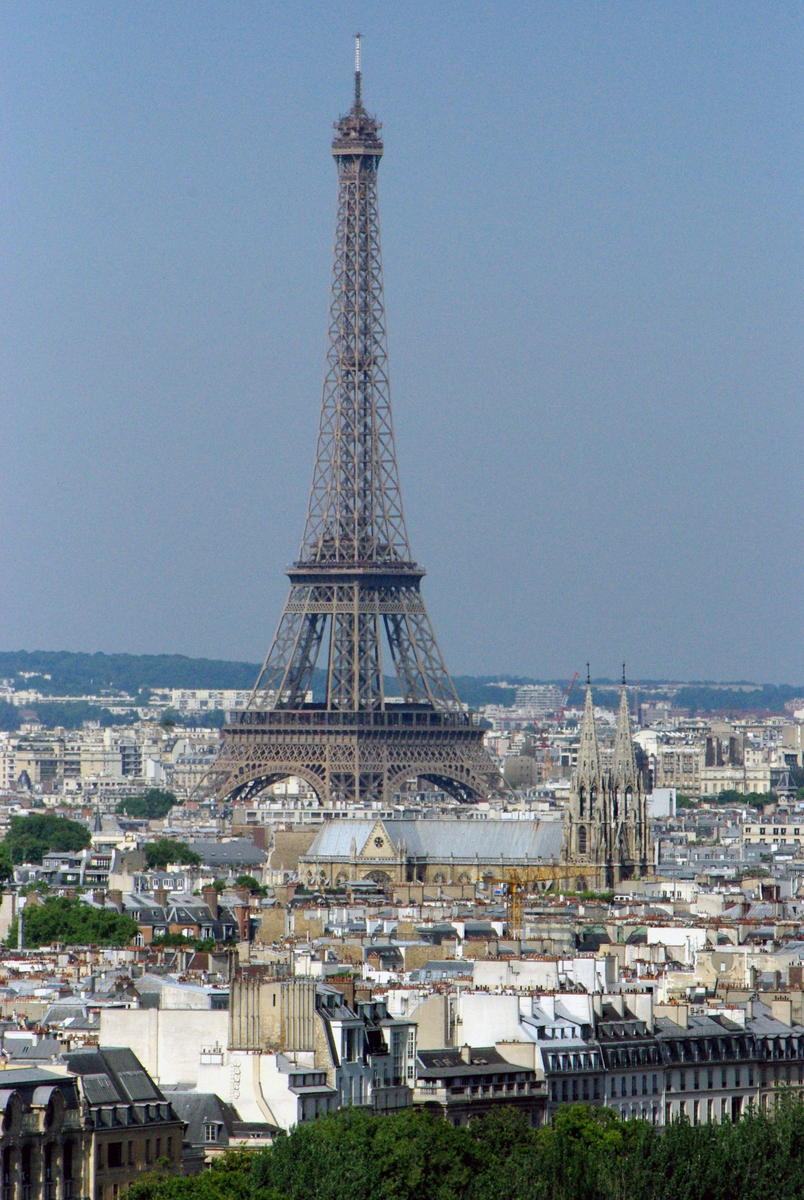 How to climb the Tower

To plan your ascent to the tower, book online here.

The guided tour proposed by the MagmaCultura agency retraces the history of the former bell tower of the Saint-Jacques-de-la-Boucherie church, which has dominated the landscape of the right bank of the Seine for five centuries.