Many of you have been asking which were our favourite sites to discover in France. With the Summer holidays coming up we thought it might be a good idea to list some of the beautiful places across the country. This will be the first post of many more to come: our Top 10 Sites to see in France in May 2016.

1. The ramparts of Bergheim, Alsace The fortified village of Bergheim is ideally set on the Alsace Wine Route amidst a beautiful landscape of undulating vine covered hills. The two kilometre long ramparts surround the village in a rectangular shape. Dating back to 1311, the walls have been kept since intact.

2. The castle of Eu, Normandy

The castle of Eu is situated in Normandy near the border with the Hauts-de-France region. A former royal residence, it was built in the 16th century and welcomed Queen Victoria twice in 1843 and 1845.

3. The Abbey-church of Cluny, Burgundy 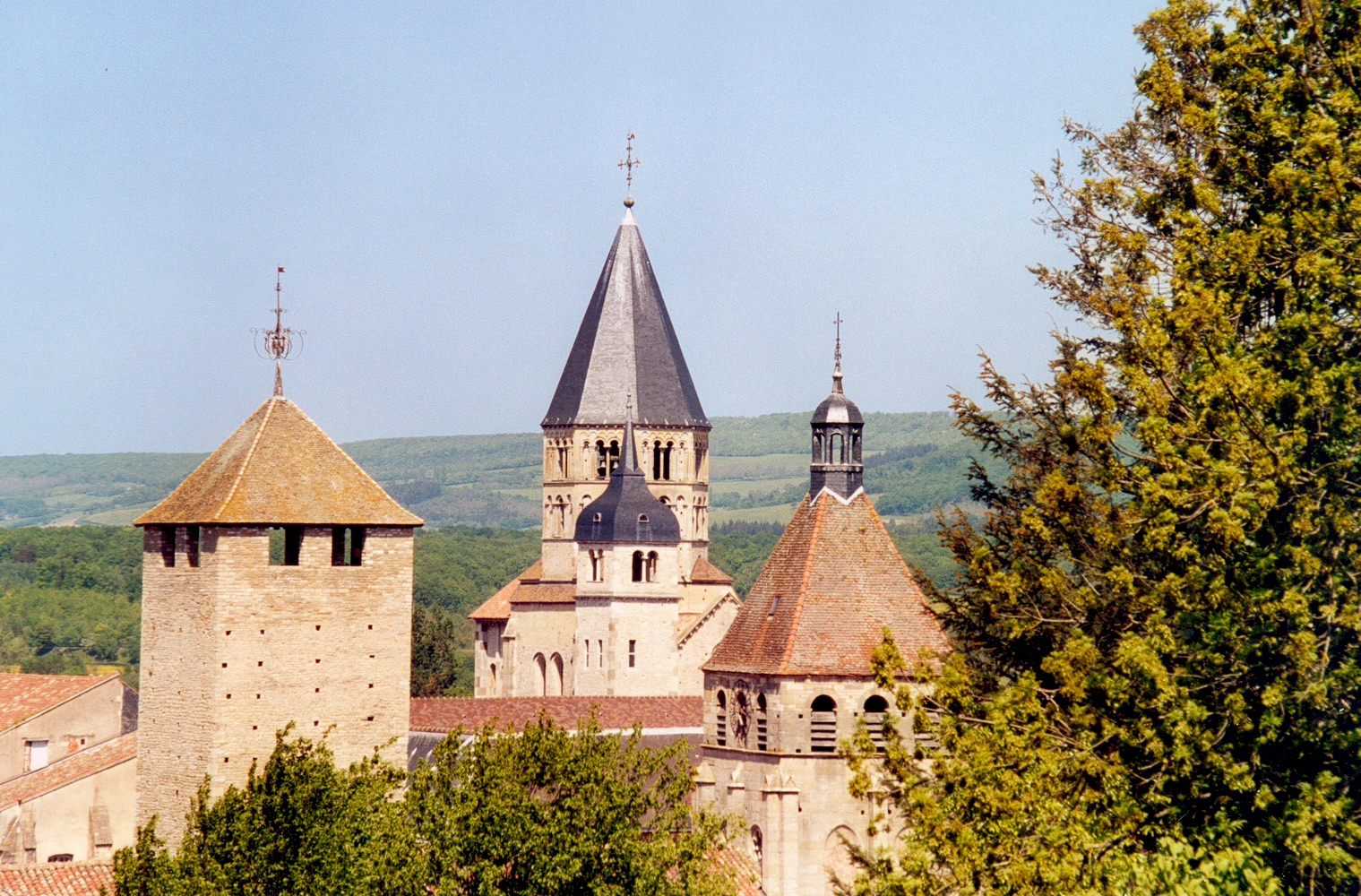 The towers of Cluny – licence [CC BY-SA 1.0] from Wikimedia Commons

The former Benedictine monastery in Cluny was once a leader of monasticism in the Christendom. Founded by William I, Duke of Aquitaine in 910 the present-day abbey was built in the Romanesque style. Until the construction of St. Peter’s Basilica in Rome, Cluny Abbey was the largest church in Europe. During the French Revolution the abbey was sacked and only a small part of the abbey survives today.

At the feet of the Alpilles and not far from the town centre of Saint-Rémy-de-Provence is the stunning site of Les Antiques. It consists of two ancient monuments built by the Romans: a triumphal arch and a mausoleum. Considered as some of the best architectural examples of Roman civilisation in France, the two edifices are not far from another site of interest: the Roman ruins of Glanum. 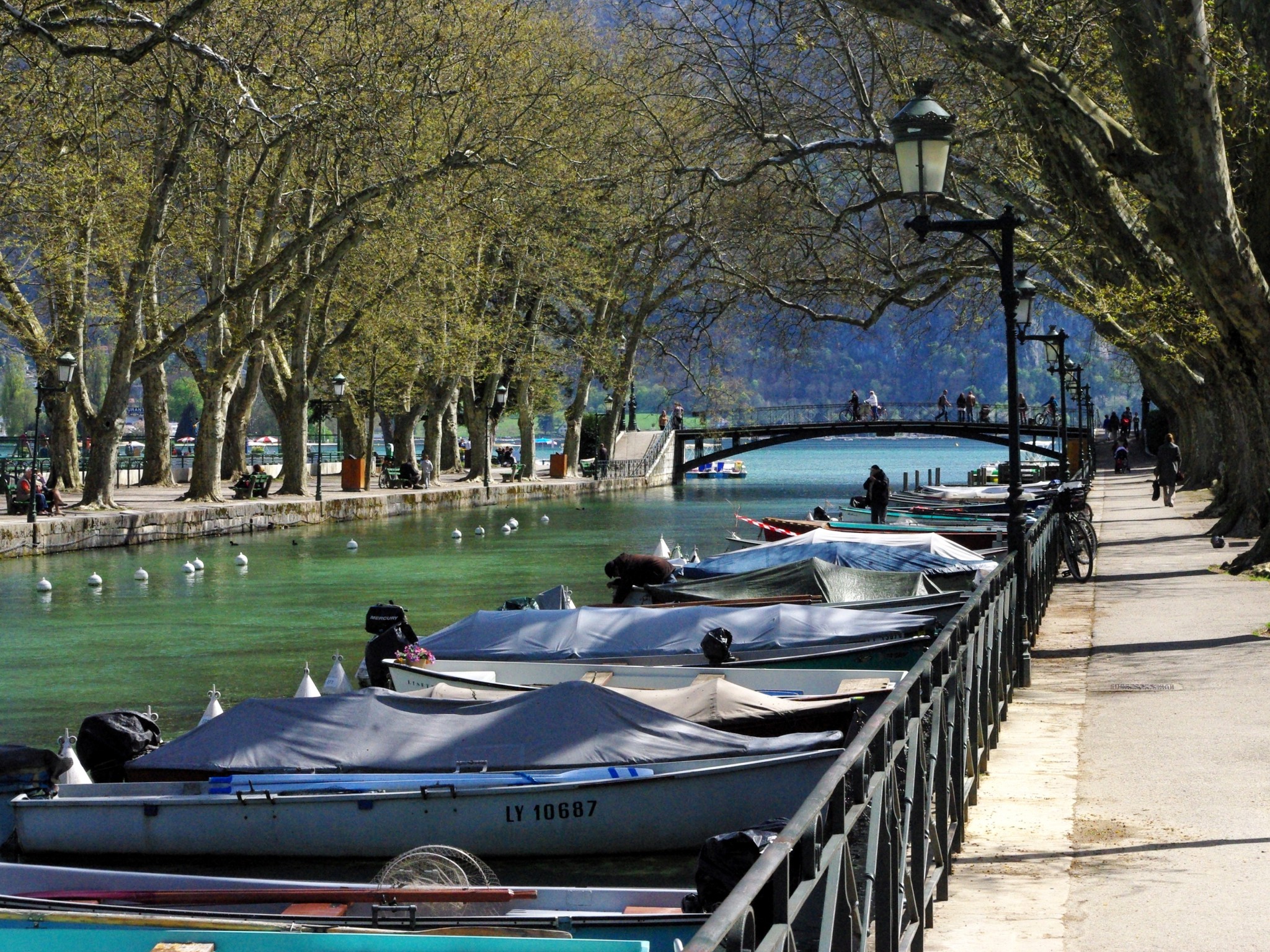 The most romantic spot in the delightful city of Annecy is the Pont des Amours. The Belle Époque footbridge spans the Vassé Canal before it reaches Lake Annecy and links the Jardins de l’Europe to the lawns of the Champ-de-Mars. At any time of the year you will see people kissing on the Pont des Amours, referring to a local superstition that says that when two lovers kiss in the middle of the bridge, the couple will be united for life.

6. The Craffe Gate in Nancy, Lorraine

Only a very few parts of medieval Nancy remain today. The most impressive example is the Craffe Gate (or Porte de la Craffe) at the far end of the old town. Built in the 14th century the gate used to house a sinister prison. The Lorraine Cross visible above the entrance was a later addition from the 19th century.

7. The arcaded square of Monpazier, Périgord

Listed as one of France’s most beautiful villages, Monpazier was built as a bastide where the narrow streets – organised in a grid layout within the ramparts – are centred around the arcaded market square. Known as Place des Cornières, the square is lined with medieval and 17th century houses whose ground floor form the arches of an arcade filled with shops. On the square is a covered market dating back to the 16th century with a timber roof frame supporter by wooden pillars.

8. The beach of Trouville, Normandy

The beach of Trouville in Normandy was painted by Eugène Boudin and Claude Monet at many occasions. Trouville was originally a fishermen village in the département of Calvados and borders Deauville. The Promenade des Planches runs parallel to the seashore for about 1km.

Situated in Tournemire (département of Cantal, Upper Auvergne), the castle of Anjony was built in the 15th century of reddish basalt. The old well-preserved castle consists of a keep flanked with four corner towers (40 m tall). The castle overlooks the green and peaceful landscape of the Doire valley.

Not far from Albi (département of Tarn), Cordes-sur-Ciel sits on a rocky spur in a privileged position. Founded in 1222 by Raimond VII, the Count of Toulouse, Cordes is one of the region’s oldest walled towns. In July 2014, Cordes-sur-Ciel was chosen by the French as their favourite village.