In this blog post, I compiled a shortlist that refers to the 10 largest cities of France by population based on communes. The list starts with the French capital, Paris which is by far the most populous city in the country.

The largest cities of France and the communes

Before starting the list, there is one thing I want to explain. It’s about what the French call ‘une commune‘.

A commune is the basic unit of local administration in the French Republic. Each one is run by a municipal council (le conseil municipal) whose leader is the mayor (le maire).

There are 35,357 communes in France in 2018 of various surface areas. The data was compiled by INSEE, the French National Statistical Office for the 2015 census. Most importantly, these figures do not include the population of the town’s metropolitan area or its suburbs.

This explains why Lyon is number 3 behind Marseille. If counted with the metropolitan area, the population of Lyon is by far greater than that of Marseille (see the table at the end of this article).

The population of France

This includes 65 million in metropolitan France (that is mainland France located in Europe). The country is the 20th most populous in the world, representing 0.87% of the total world population.

The top 10 largest cities in France

Other large cities in France include:

When the cities are considered with their suburbs, the list shows major shifts in the ranking.

The suburban area is called “agglomération” or more technically “unité urbaine” (urban unit) by the French national statistics office (INSEE). It is made up of a continuously built-up area centred on a larger commune.

A short study of the cities in France

In France, a city is a population group of at least 2,000 inhabitants, with a variety of economic, social and cultural activities.

Most of the French are city-dwellers

Cities date back to ancient times. They were more or less important depending on the period. Today, 50 million people, i.e. more than three out of four French people, live in towns and cities. And half of the city dwellers live in a city of more than 200,000 inhabitants.

This does not mean that the rest of the population has a rural activity. In fact, many of those who work in the city live in housing estates built near villages.

As a result, France appears to be a relatively less urbanised country compared to its Western European neighbours, not in terms of the percentage of urban dwellers, but in terms of the distribution and size of the cities across the country.

Moreover, many of the catchment areas of towns and cities with less than 50,000 inhabitants are in fact only made up of large towns and villages, which are commonly considered as the countryside.

Thus, 95% of the French population lives in a city’s catchment area.

The catchment area of cities in France

The catchment area of a city (functional areas zoning or aire d’attraction d’une ville) is, in France, a study zoning defined by INSEE to apprehend and describe the urban organisation of France. It defines the extent of the influence of a municipality on the surrounding municipalities.

With more than 13 million inhabitants in 2017, the catchment area of Paris largely dominates the other urban areas. It is followed by the areas of Lyon, Marseille-Aix-en-Provence, Lille, Toulouse and Bordeaux, which have a population of more than one million.

Cities in France where we live best

The ideal city seems to be a fairly large town, situated in the sun, between the sea, mountains and countryside.

This explains the recent demographic development of cities in the south, such as Toulouse, Montpellier and Avignon.

The French are proud of their cities. It is not uncommon to compare them to see where it is good to live.

The popular comparisons of the cities in France

Comparative studies of French cities are regularly published in magazines and newspapers. The rankings – which are more or less objective – announce to the general public the list of the most pleasant cities in France to live in.

To establish this ranking, the studies use a number of indicators to determine the major French cities where family life is most pleasant, for example:

Here are some rankings made by the French press of French cities where it’s good to live with the family:

For the Nexity real estate group 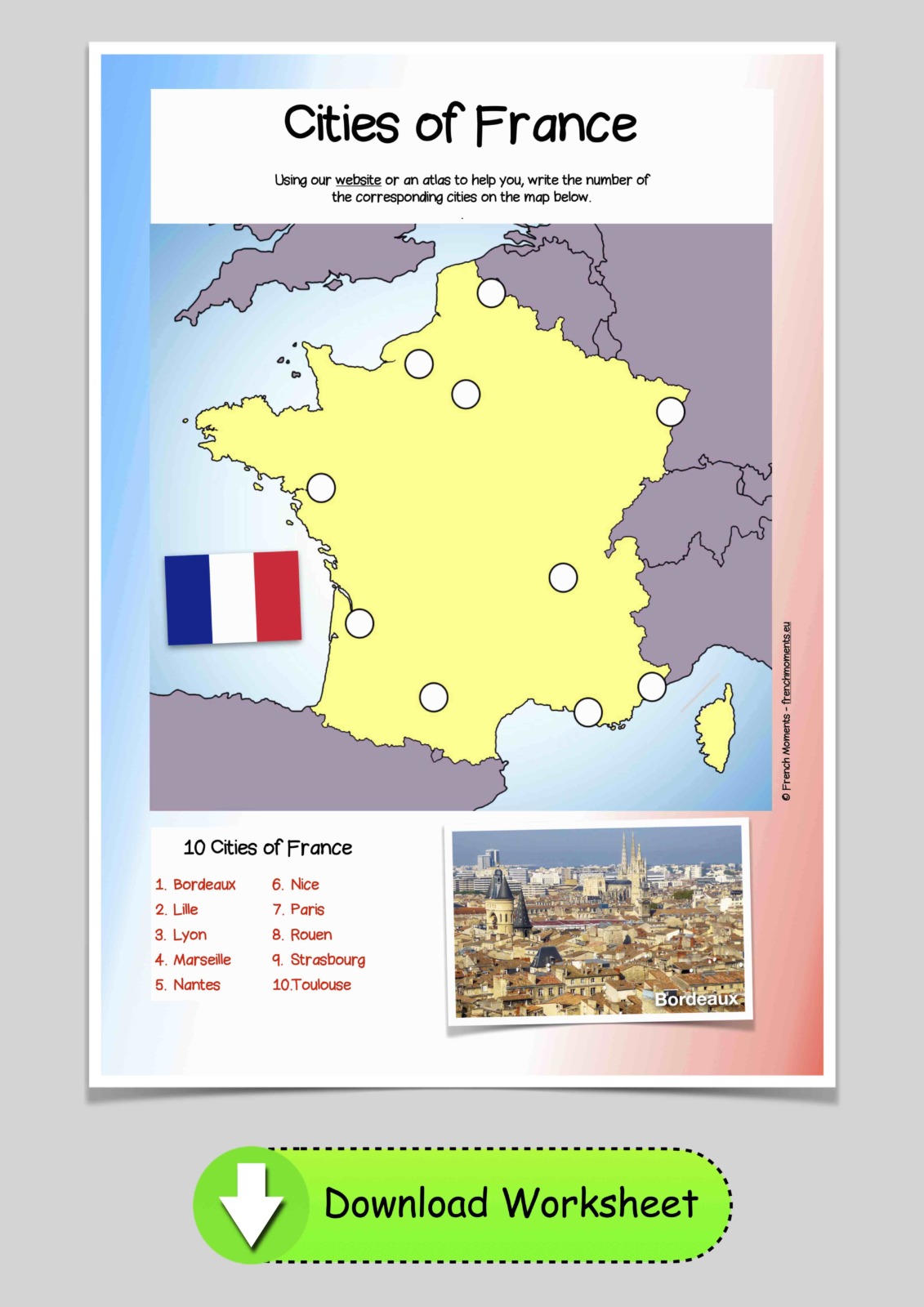 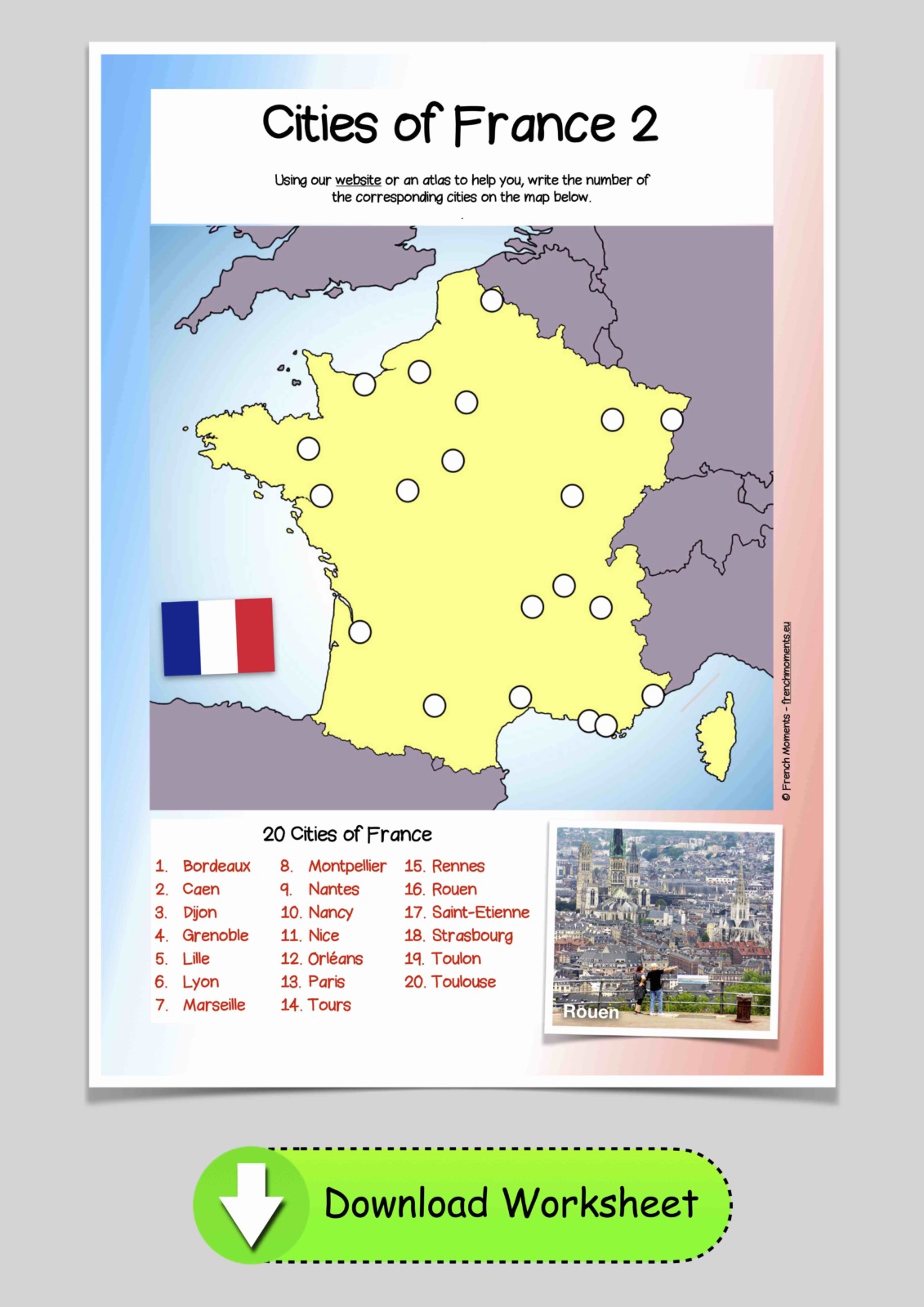 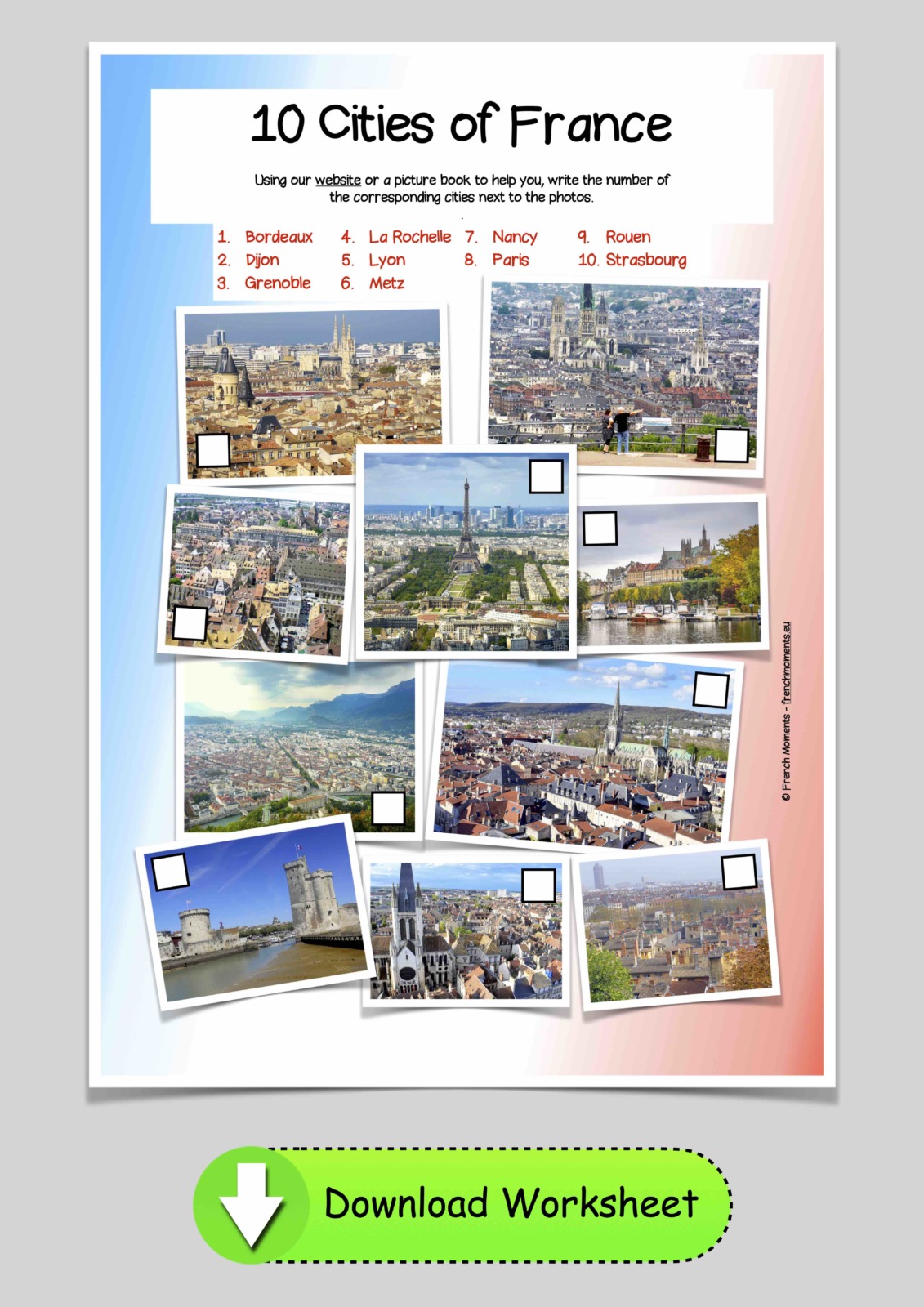 Download more activity worksheets about the geography of France: