The Souillac Sainte-Marie Abbey Church was built between 1075 and 1150 and ranks among the finest examples of Romanesque and Byzantine architectural styles in the South-West of France. Laid out on the plan of a Latin cross, the sanctuary was inspired by the church of Haghia Sophia in Istanbul. It shares some architectural similarities with the Saint-Front Cathedral of Périgueux and the Saint-Étienne Cathedral of Cahors. 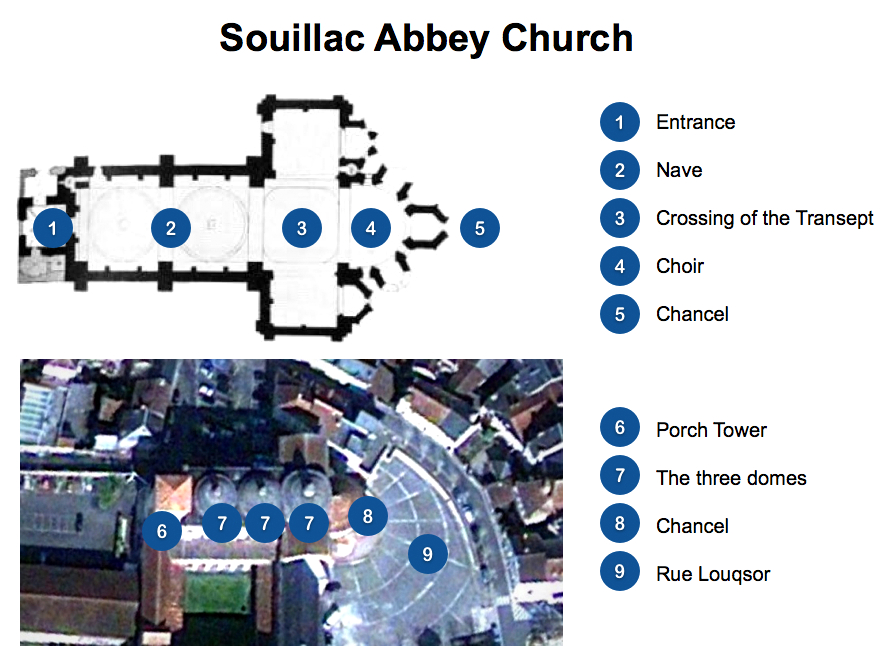 The confluence of the Borrèze and Dordogne Rivers was significant for the development of the town and its powerful abbey of Souillac.

During the Early Middle Ages (that period has been labelled the “Dark Ages” from the 5th to the 10th centuries), the fertile Valley of the Dordogne was a base from where the monks evangelised the people living in the neighbouring Causses with their vast dry lands covered with thick forests.

A religious order started in Souillac in 655 AD but was wiped away by the Barbarian Invasions. The church played a great part in the less troubled times of the 10th century. Benedictine Monks coming from Aurillac founded the Sainte-Marie monastery on the site of Souillac. Not far from the religious centre of Rocamadour and on the way to Santiago de Compostela, the abbey rapidly extended its influence over the region and contributed to the development of Souillac into a real town.

In the 12th century, the monastic community built the church which still stands today and is devoted to the Virgin Mary.

During the Wars of Religion, The monastic buildings were burnt down and the abbey church seriously damaged.

At the French Revolution, the abbey was dismantled and its buildings used as a warehouse by the French State Tobacco Company (Régie des Tabacs) for storage purposes.

The magnificent chevet, which shows a perfectly balanced design, is crowned with three domes raised on stone pillars. The structure is enhanced by the vast pedestrian square. 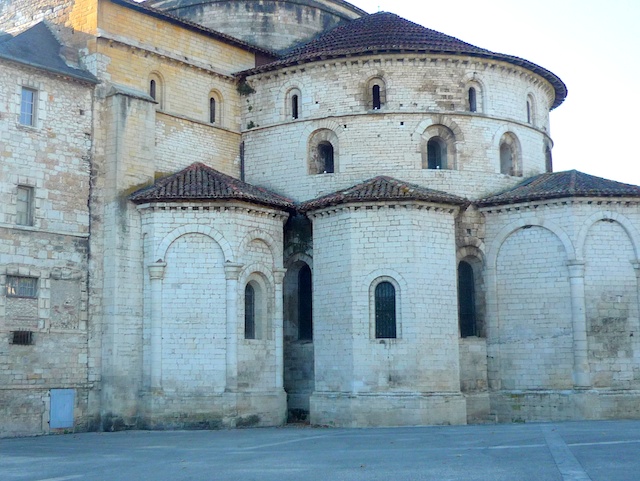 The present-day church replaced a sanctuary from the 9th century of which only the porch tower remains. 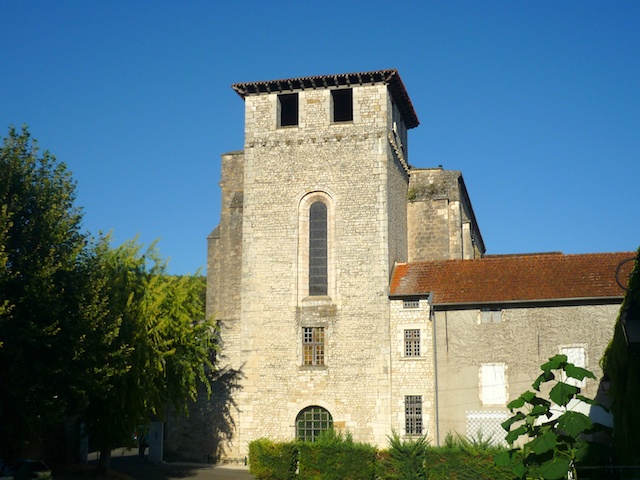 The interior of the Abbey Church 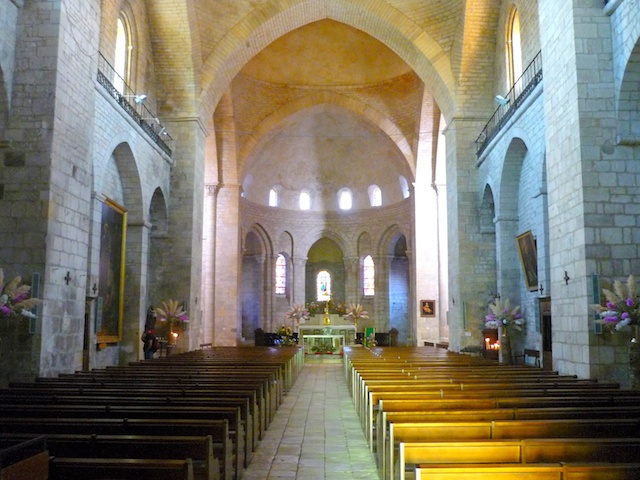 The nave includes two spans covered with cupolas on pendentives. The walls are decorated with blind arches surmounted by arch bays in front of which runs a balustrade. 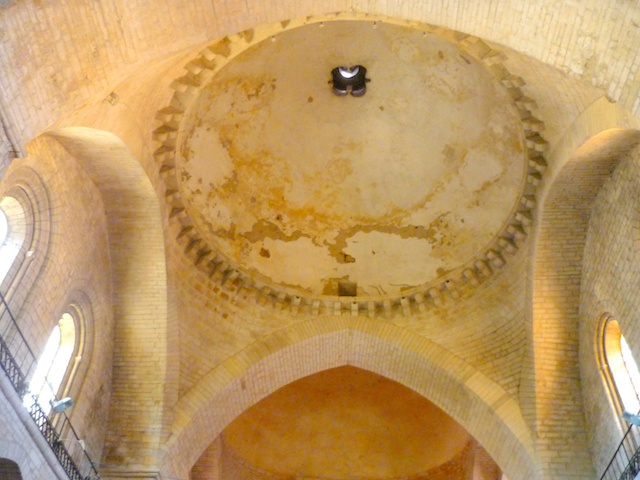 The cupola of the transept © French Moments

The elevation of the transept is similar to that of the nave. The ceiling has a Romanesque barrel vault arch. Each arm opens onto a small polygonal apse. 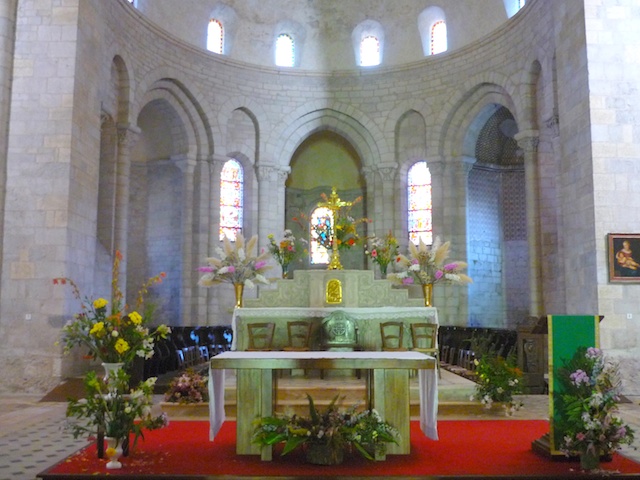 The crossing of the transept is covered by a large cupola.

The choir, which has semi-dome vaults with bays incorporating windows, opens onto three radiating chapels.

The statuary of the Souillac Sainte-Marie Abbey Church

The external and internal statuary point out that Souillac was a place where Romanesque sculpture flourished. The inner western wall is adorned with carvings that were originally part of the portal. 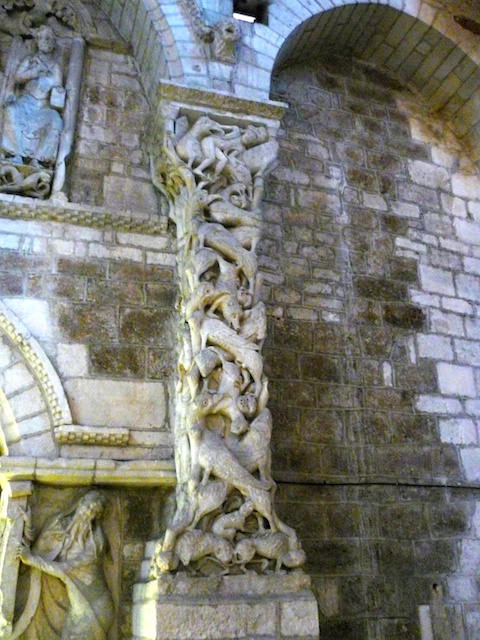 The trumeau showing fabulous animals, and lions fighting other animals on its outer side. At the top, a man is being eaten by one of the beast © French Moments

The remarkable trumeau of the portal is also found against the inner western wall. The column shows fabulous animals, and lions fighting other animals on its outer side. At the top, a man is being eaten by one of the beasts.

The carving showing Isaiah who seems to be moving, is known as being the most important depiction of a prophet in Romanesque art. 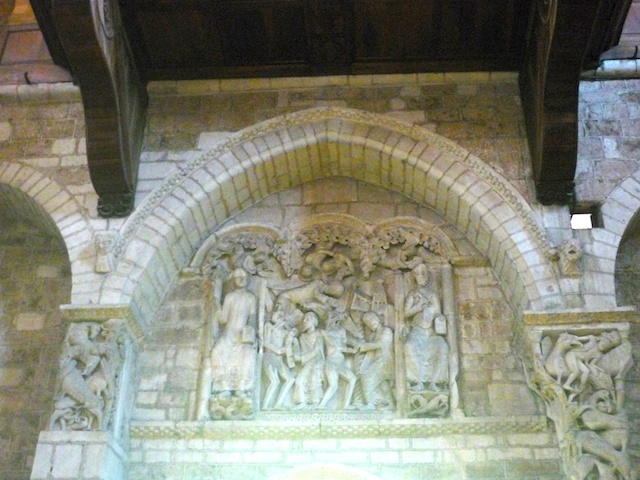 Another carving depicts the sacrifice of Abraham and the story of Theophilus.

In the 6th century, Theophilus was a monk in charge of the administration of the bishopric of Cilicia which is part of modern Turkey. When the cleric was deprived of his office, he sought to enter into a pact with Satan in order to be reinstated. Years later, Theophilus felt remorse and repented by turning to Mary who appeared to him in a vision.

The relief is made up of three scenes: to the left, Theophilus entered into a pact with the devil, to the right Satan trying to grab the cleric, and above the two scenes a depiction of the Virgin. The three scenes are flanked by the figures of St. Peter and St. Benedict. 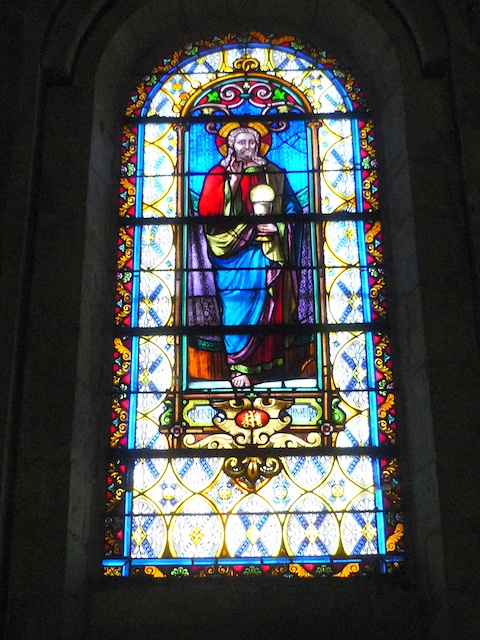 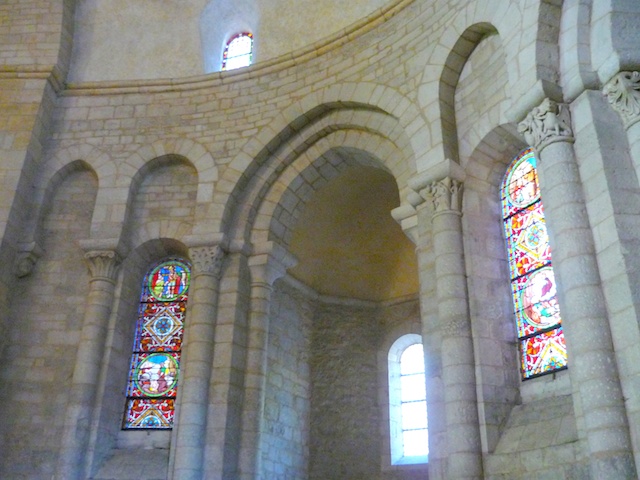 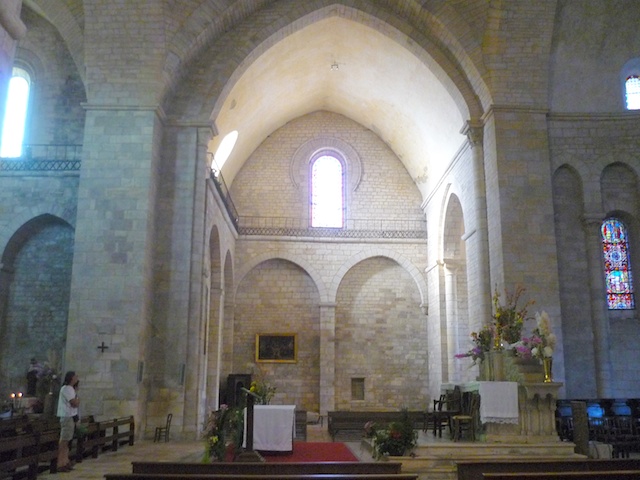 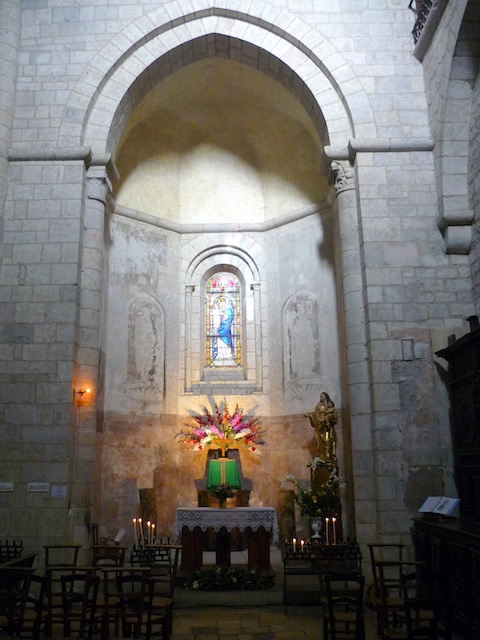 Find out more about Souillac: