New posts
You are at:Home»Paris»Arrondissements of Paris»5th Arrondissement of Paris»Where to find the Salvador Dali Sundial in Paris

You don’t need to go inside a museum or an art gallery to enjoy works of art. Paris has this great thing about it that art is accessible to anyone thanks to a great number of sculptures scattered across the French capital. How many visitors know about the Salvador Dali sundial in rue Saint-Jacques? I often walked along the street without knowing it has been there for decades. Follow me to the 5th arrondissement.

The Salvador Dali Sundial in Paris

Paris has 120 sundials scattered across the city. There are found in each arrondissement except in the 17th which has none. One of the most interesting sundials is found at number 27 rue Saint-Jacques.

Salvador Dalí (1904-1989) designed it as a present to his friends who owned a boutique at this address.

The sundial was cast in concrete. It shows a women-like face in a scallop shell. This refers to the Way of St.James as the pilgrims passed through rue Saint-Jacques. Paris’ oldest street was named about the pilgrimage (Saint-Jacques de Compostelle in French).

Above the blue eyes, the eyebrow are formed by little flames evoking the sun. The hair cascade down to the shoulders… a bit like Dalí’s iconic moustache! 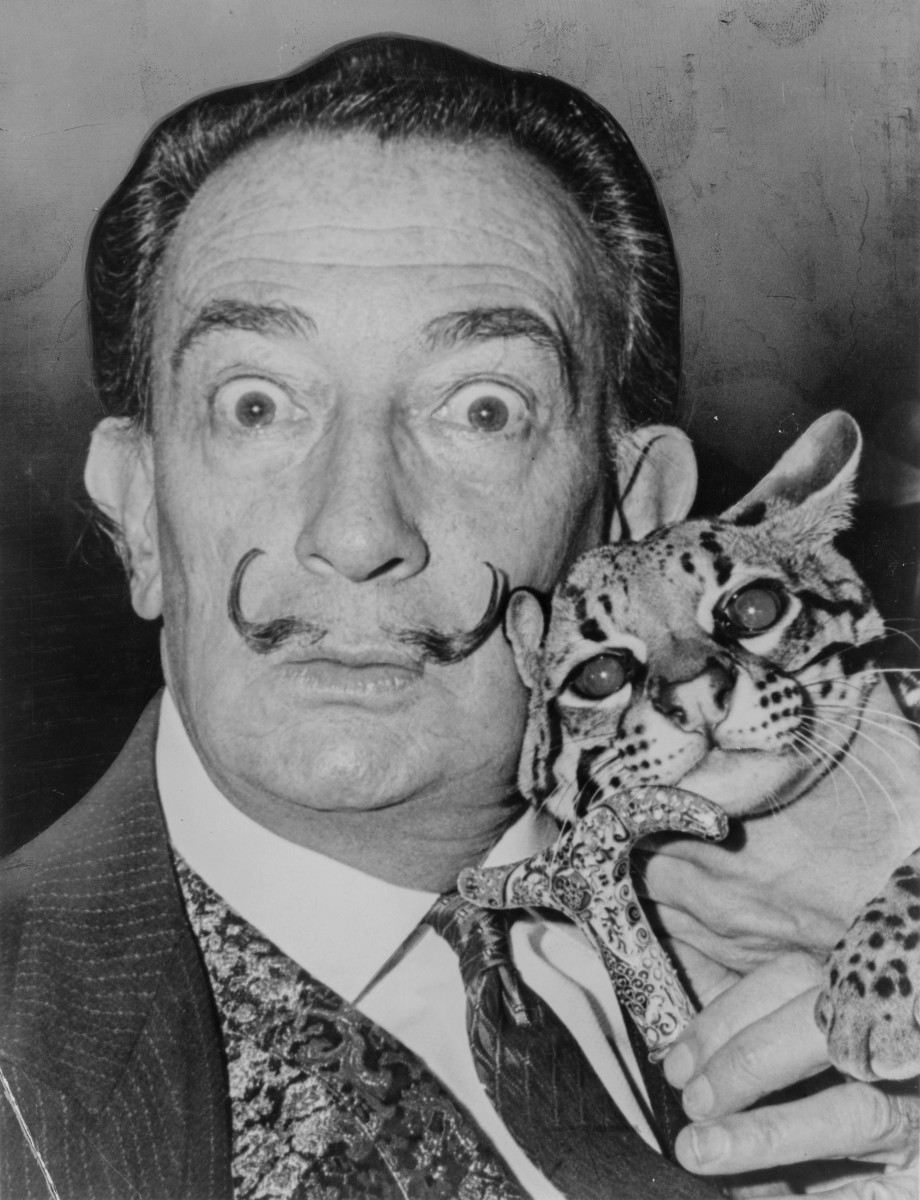 The sundial was inaugurated on 15 November 1966 at a ceremony with pomp and large media coverage. Dalí rode up on a bucket truck with his pet Ocelot to engrave his signature and the date. You can see Dalí’s signature and the date at the bottom-right corner of the sundial. Funnily enough, I haven’t found any photos or images on the web about this event… old newspapers may not have been digitalised yet (which makes me think you still can’t find everything on the Internet!!).

Well, you can marvel at the sundial but be aware that… it doesn’t work! This is maybe not surprising coming from the prominent Spanish surrealist artist!

Where to find it the Salvador Dali sundial in Paris?