Sainte-Maure de Touraine, made with full-cream goat’s milk, is a soft pâte cheese with a grey mould rind.
The fat content is at least 45%. 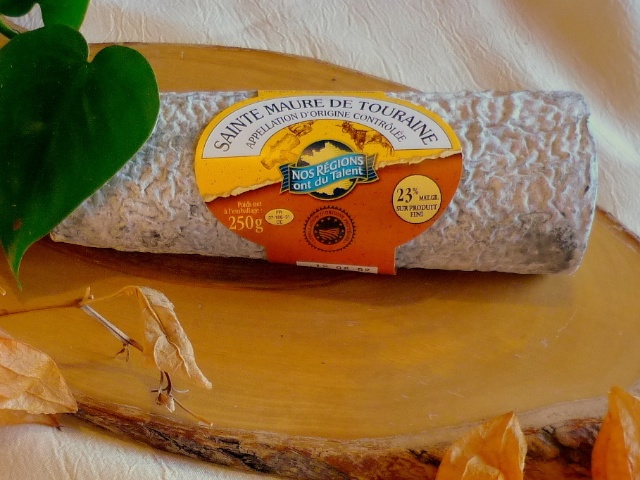 The breeding of goat herds and the production of cheese in Touraine apparently go back, according to certain sources (records of the département of Indre-et-Loire) to the Carolingian era (8th and 9th centuries).

Many documents from different periods confirm the quality and popularity of this jewel of Touraine’s gastronomy.

Sainte-Maure de Touraine is produced within an area with boundaries corresponding to the old province of Touraine, that is:

The production of Sainte-Maure

Sainte-Maure de Touraine is obtained by lactic coagulation of the fresh goat’s milk with the addition of a small quantity of rennet.
Curdling is done for around 24 hours.
Pre-drainage is forbidden.
The curd is poured into truncated cone moulds so as to stop it, as far as possible, from breaking up.
The cheese is then taken out of its mould to be slightly salted and sprinkled with charcoal.
Affinage takes at least 10 days from the day of renneting.
The use of frozen curd is forbidden.

Selection and tasting of Sainte-Maure

Sainte-Maure de Touraine comes in the form of a long log with a minimum weight of 250 g.

Sainte-Maure de Touraine is often eaten at the end of a meal. It can also be served for the apéritif cut in thin slices. It can also be roasted in the oven.
It goes well with wines of its region: red wines (Bourgueil, Chinon, Gamay or Cabernet d’Anjou) or white wines (Touraine blanc).