Situated on the historic Place du Vieux-Marché, Saint Joan of Arc church is Rouen‘s 20th century response to the medieval Gothic churches that made the reputation of the city. Its sweeping curves refers to the flame that consumed Joan of Arc on the same square in 1431.

Saint Joan of Arc church: a bit of history Saint Joan of Arc church was built by architect Louis Arretche and although audacious, the project was also controversial in a city that houses many beautiful medieval Gothic churches.

The church was inaugurated on the 27th May 1979 by French president Valéry Giscard d’Estaing. It was listed as an historic monument in 2002. Built in 1979, the wacky and spiky-looking memorial church is at odds with the surrounding picturesque Norman half-timbered houses. Some people see in the shape of the church an overturned long ship or the pyre on which the Saint was burnt. The church is surmounted by a trapezoidal slate roof which is elongated to form a walkway across the square. The scaly tiling of the roof matches the fish-shaped windows. 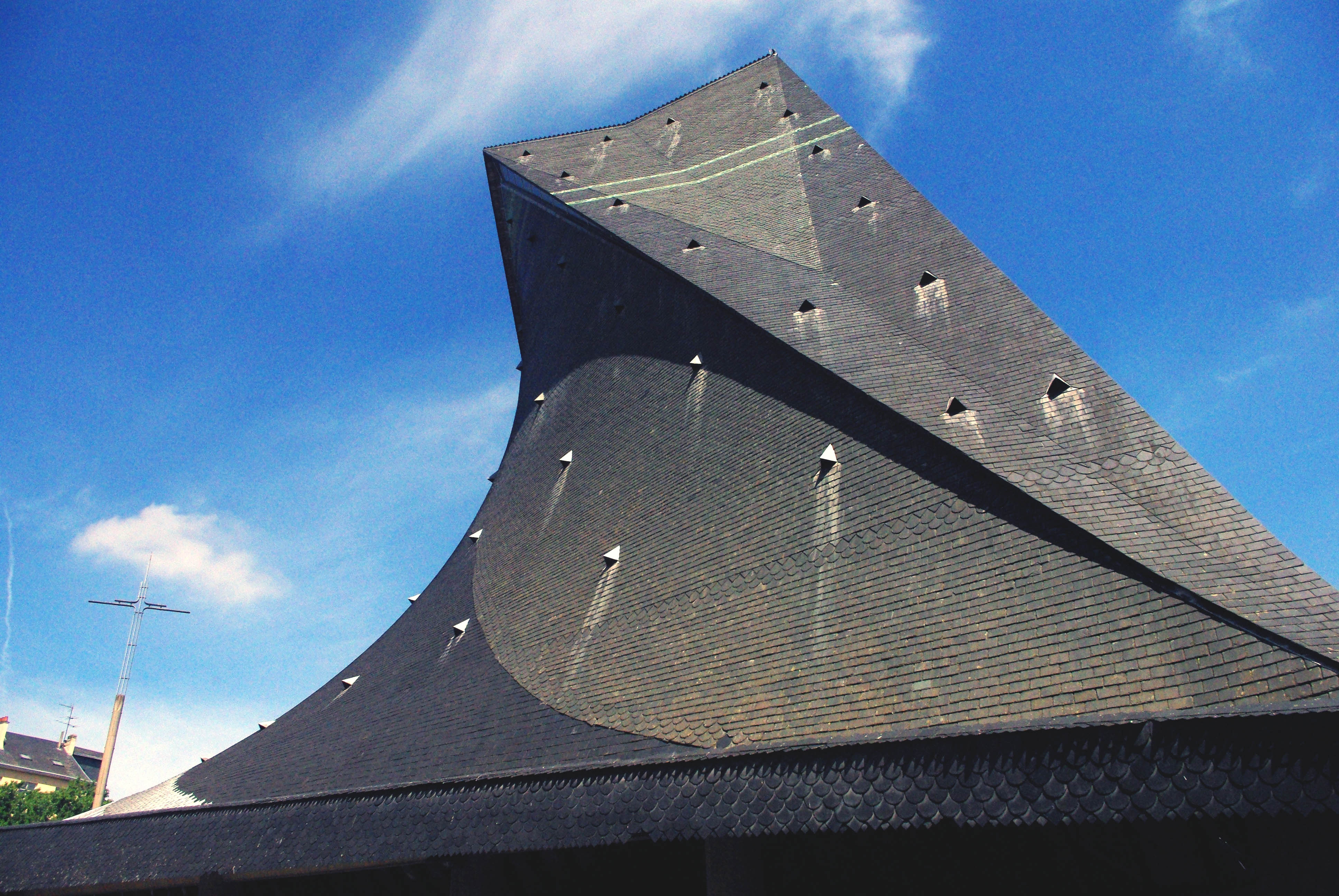 Detail of the roof © French Moments Inside, 13 stained-glass windows from the 1520-1530 form a glass wall of 500 square metres, bathing the interior in exceptional light. These fine windows were originally set in the choir of the Saint-Vincent church which was destroyed during the Second World War (its ruins are still visible today on the rue Jeanne d’Arc). However, precautions had been taken and the windows were put in safe keeping until they were incorporated into their new home some 40 years later. Place du Vieux Marché is arguably the main square of Rouen with its half-timbered houses and restaurant and dominated by the modern church of Saint Joan of Arc. The square was the site of a church (église Saint-Sauveur) which was dismantled in 1793 during the French Revolution. Its foundations were cleared during the recent renovation of the square.

A small commemorative plaque and a 20 metre high cross mark the spot on which Joan of Arc was burnt alive for heresy on the 30th May 1431. Joan of Arc’s Death at the Stake, painting by Hermann Anton Stilke (1843) The site of the stake of Joan of Arc, Rouen © French Moments

Next to the church stands a small market hall, evoking the ancient tradition of trade occurring in the square as long ago as Joan of Arc’s time.