Discover the 13 administrative regions of France

Discover the 13 administrative regions of France

Mainland France comprises 13 administrative regions which are in turn subdivided into départements. The regions were created by the Law of Decentralisation (2 March 1982) with legal status.

Originally the country was divided into 22 regions before the implementation of a major reorganisation of French regions. On 1 January 2016, six new regions of France were created from the merger of existing regions. In addition, five regions maintained their existing boundaries.

Each of the regions of France displays a rich heritage of history and culture.

How to describe the regions of France?

All the regions of France uphold a stunning variety of landscape and architecture. Their natural landscapes are characterised by mountains, hills, plains and coastal areas.

Moreover, the climate varies greatly from the snow-capped peaks of the Alps to the plains of the Loire Valley and the holiday resorts of the French Riviera.

With their specific identities, the regions of France are drenched in tradition. Each province benefits from a distinct culture, gastronomy and sometimes dialect. However, it must be pointed out that most of today’s regions of France are more administrative than cultural or historical entities.

The change in the number of administrative regions in France took effect on 1 January 2016. 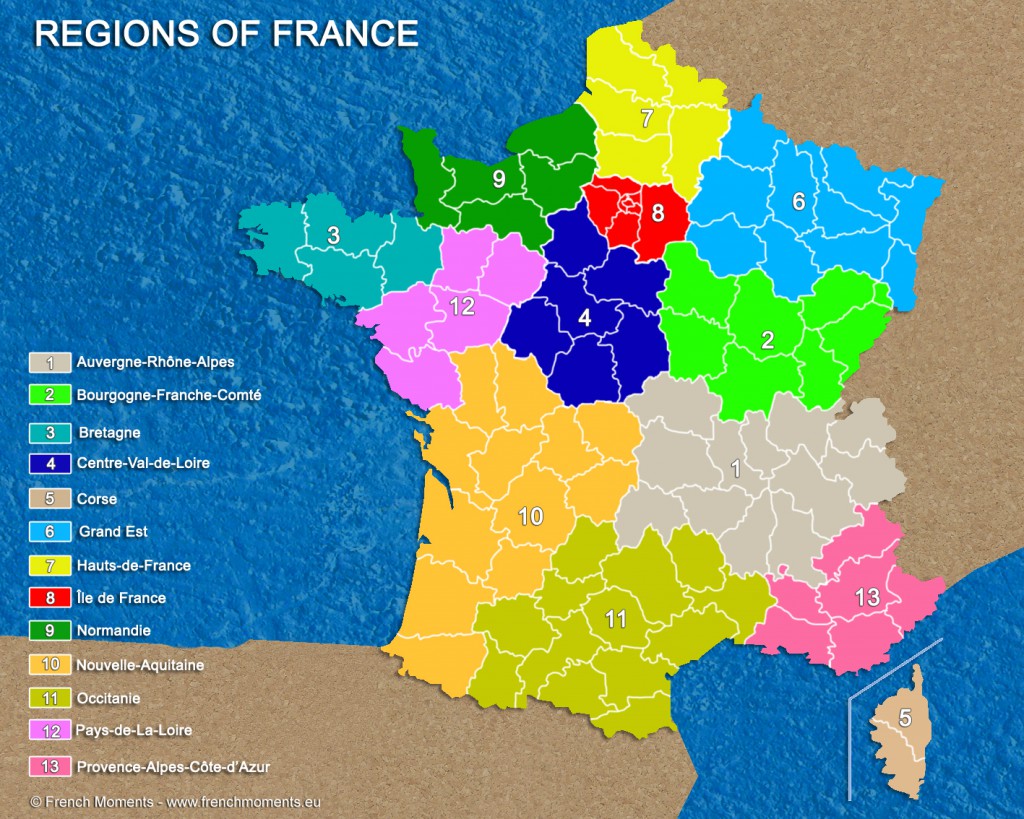 The territorial reform was proposed by President François Hollande and voted by the French Parliament (National Assembly and Senate) in 2014.

The reasons for reducing the number of regions in Metropolitan France from 22 to 13 are:

On the 1st of July 2016, new permanent names became official. Some regions changed their names, for example:

The capitals or head cities of the regions were all nominated during the 2nd semester of 2015.

Finally, the President of the Regional Council and his/her counsellors were elected in December 2015 with their mandate starting from 1st January 2016.

What are the 13 regions of France?

Here is the list of the 13 regions of France with facts and figures: 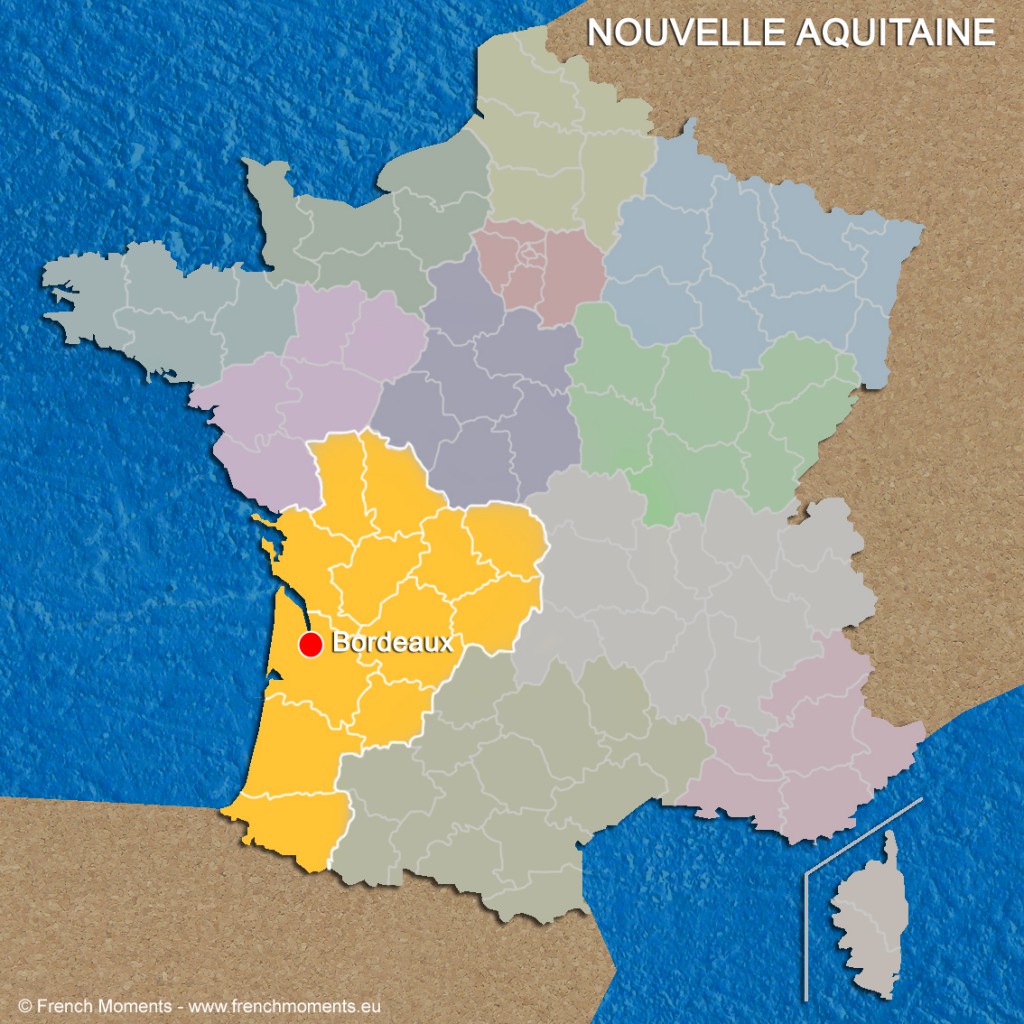 Includes the former regions of Aquitaine, Limousin and Poitou-Charentes.

Includes the former regions of Auvergne and Rhône-Alpes.

Includes the former regions of Bourgogne and Franche-Comté. 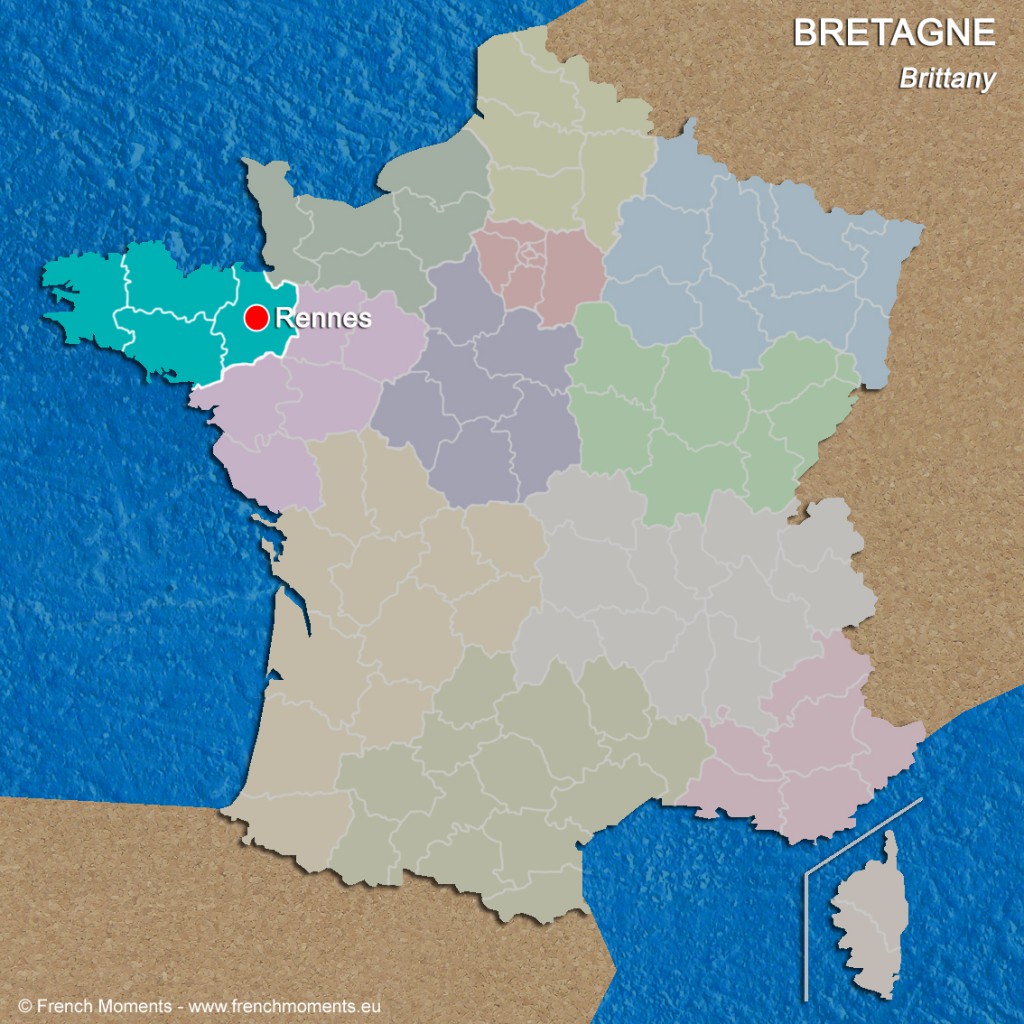 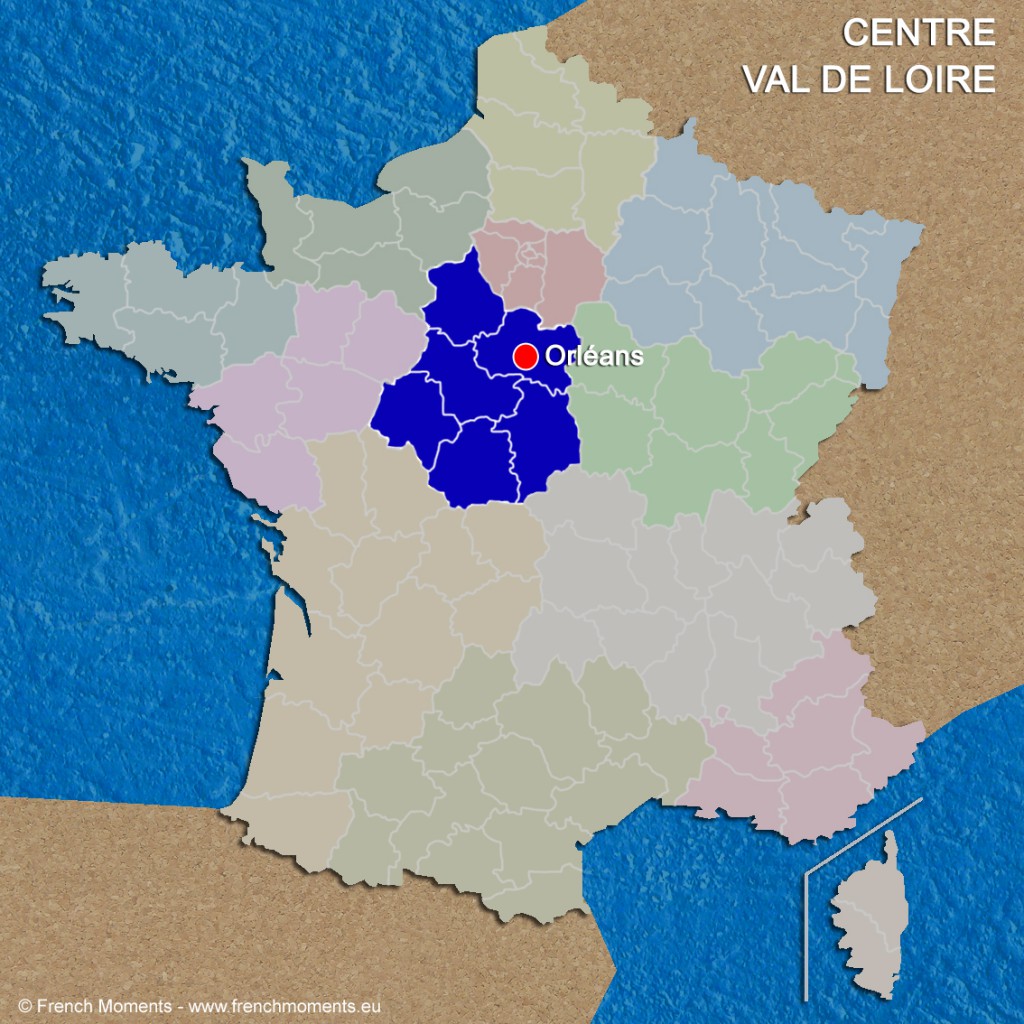 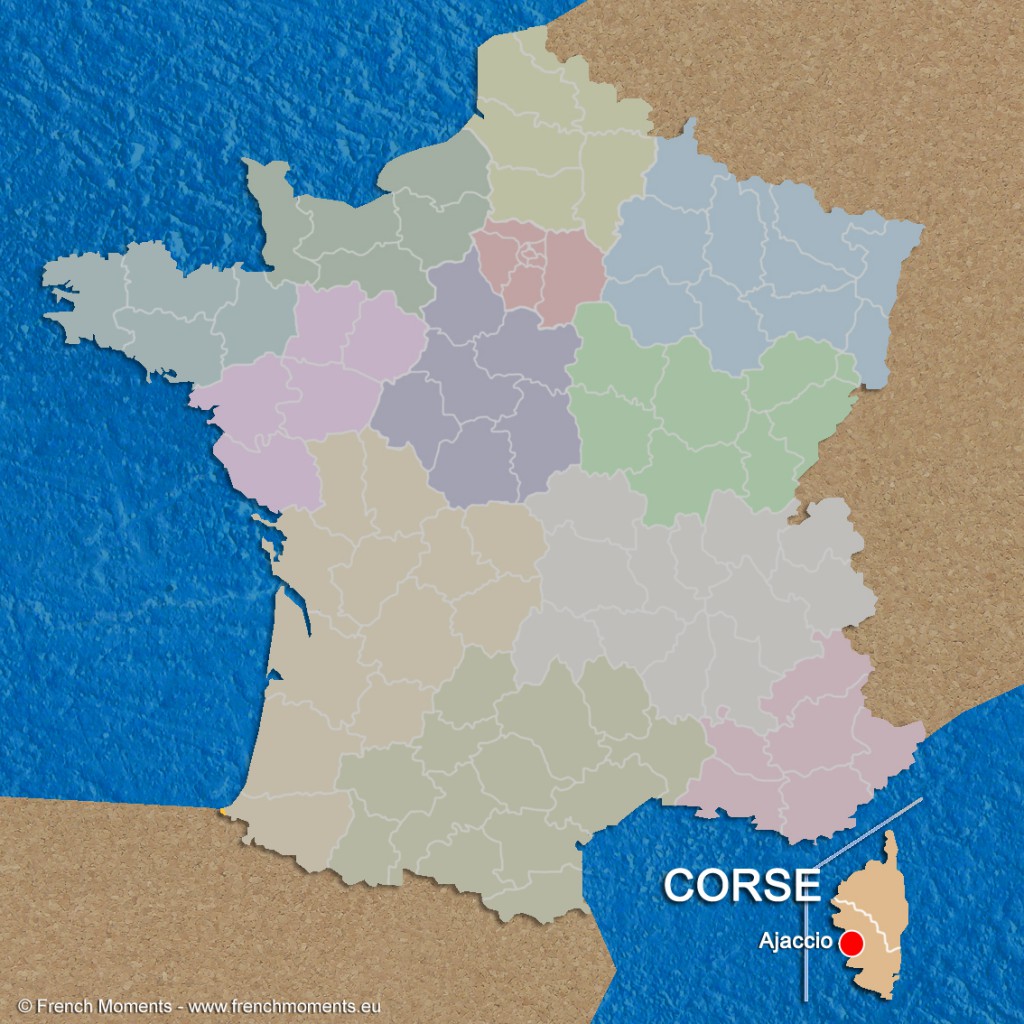 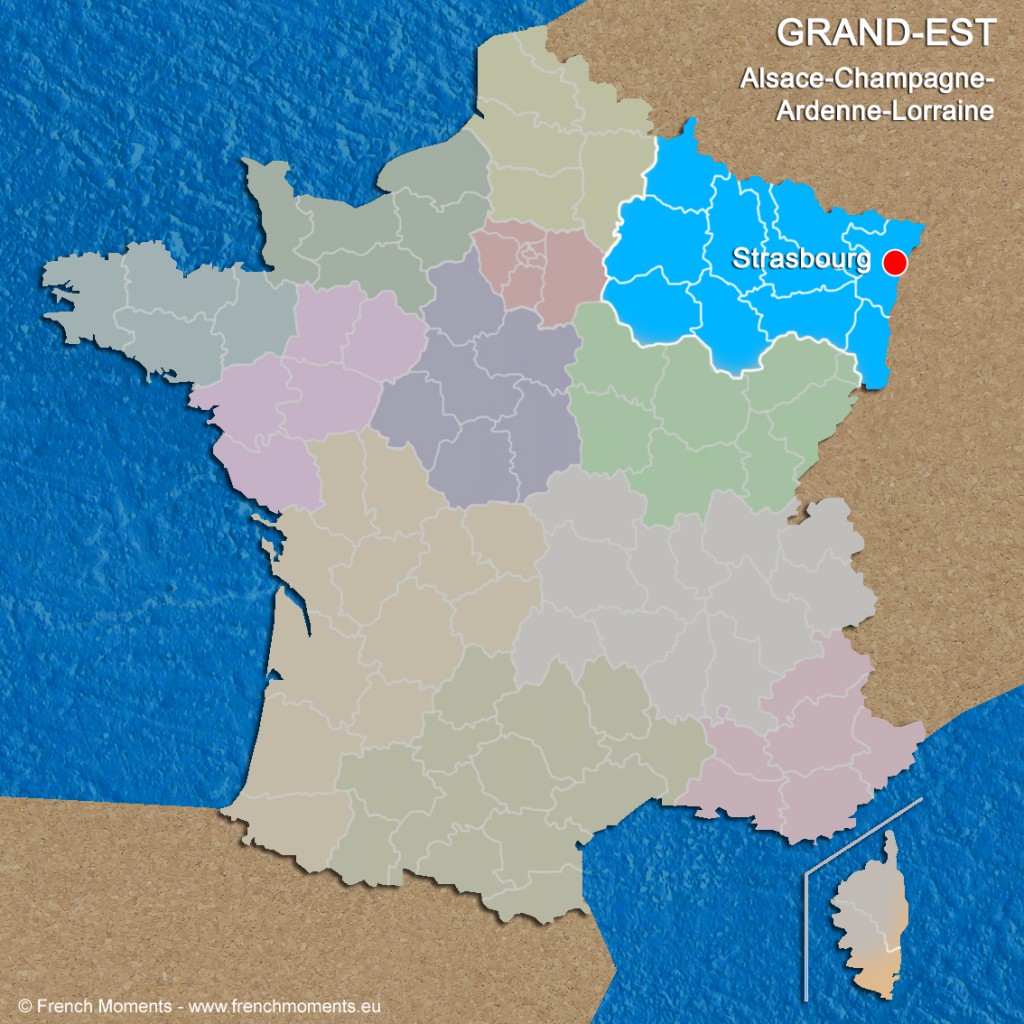 Includes the former regions of Alsace, Champagne-Ardenne and Lorraine. 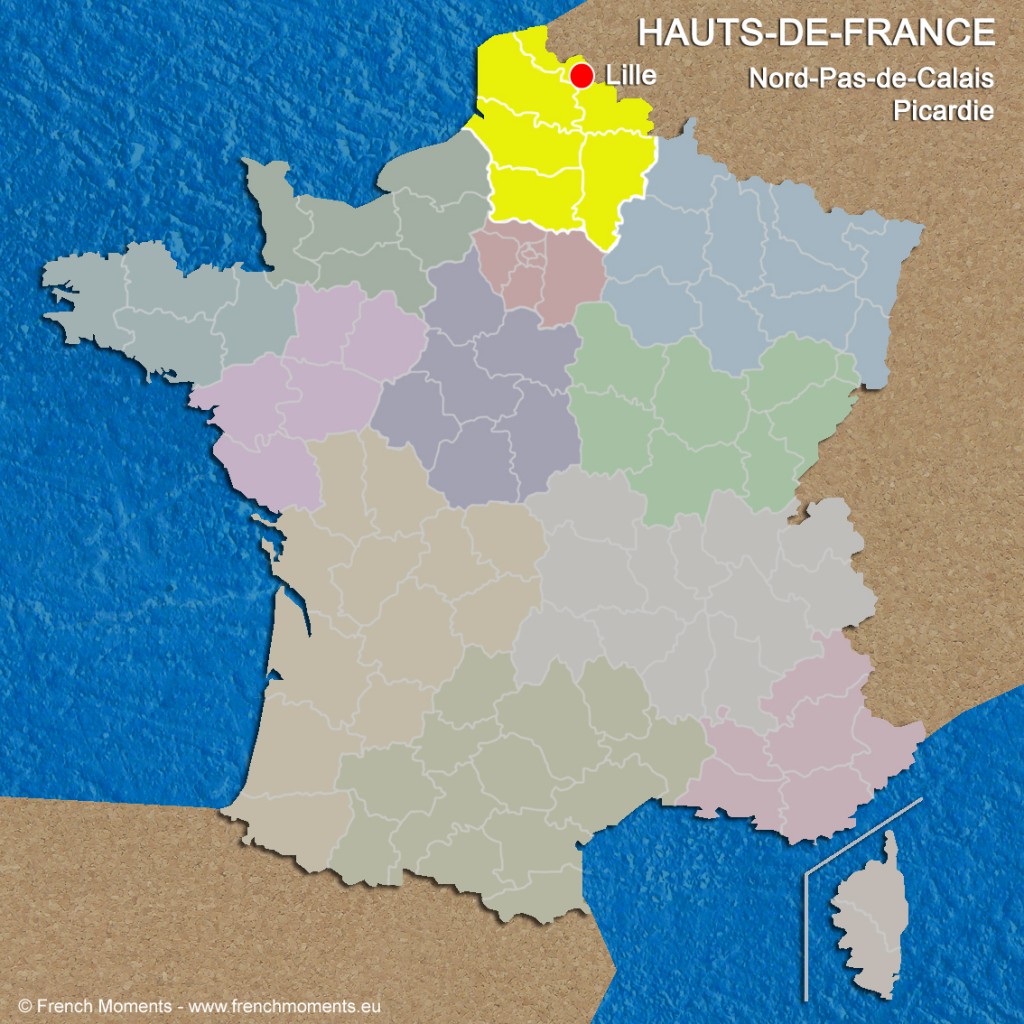 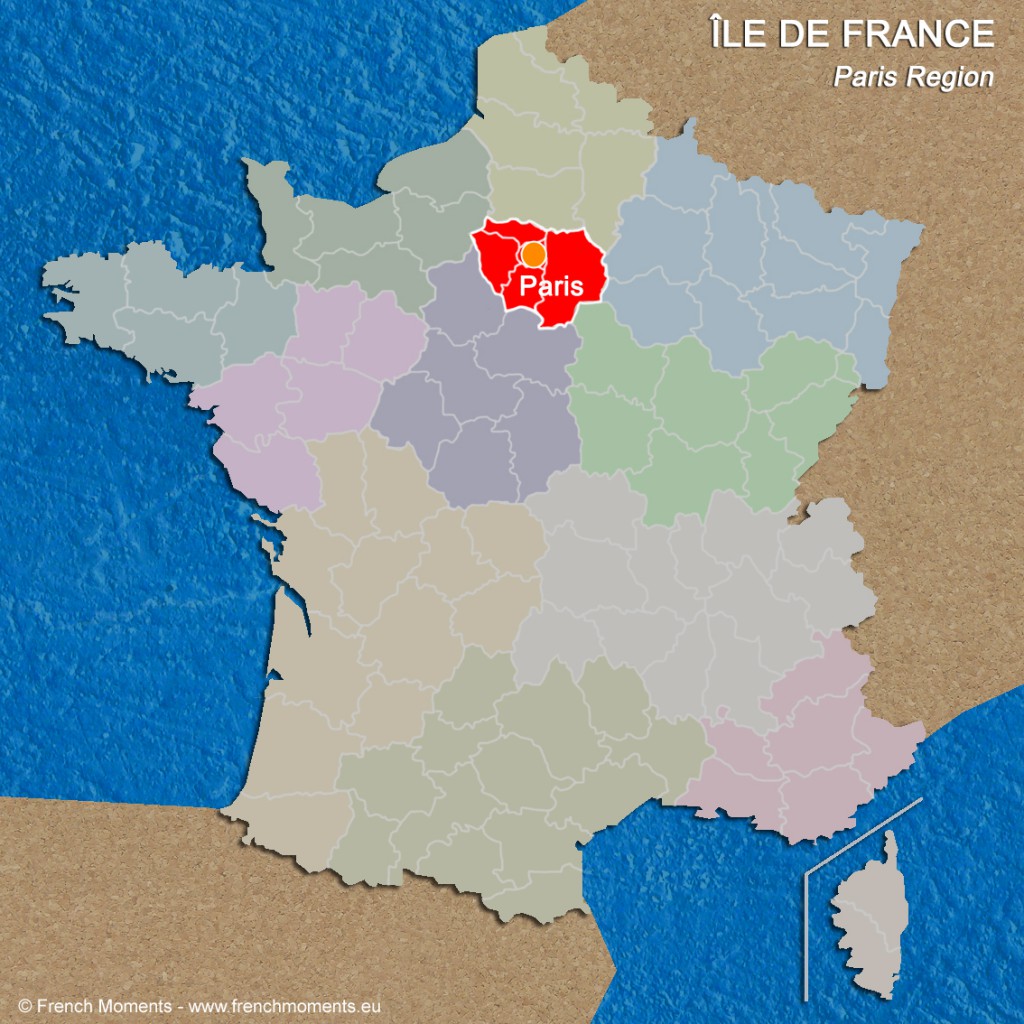 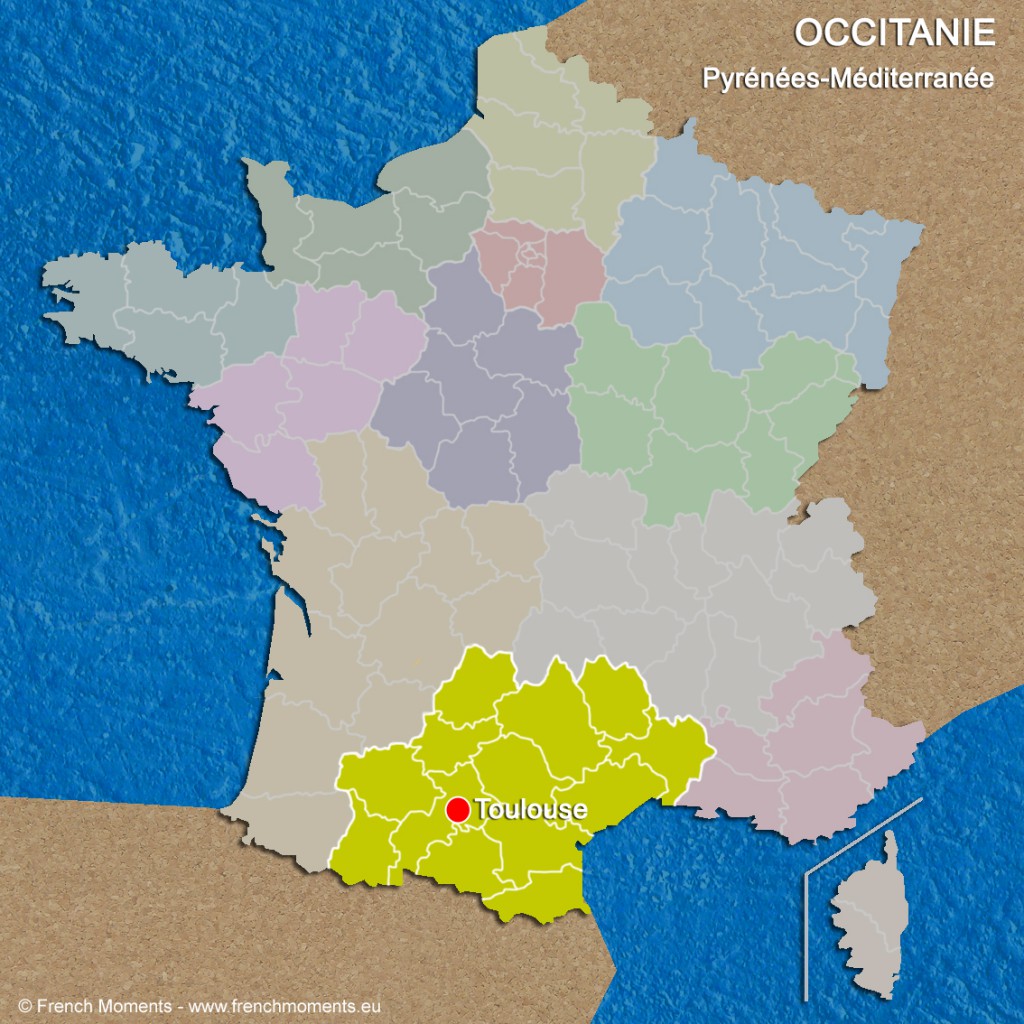 Includes the former regions of Languedoc-Roussillon and Midi-Pyrénées. 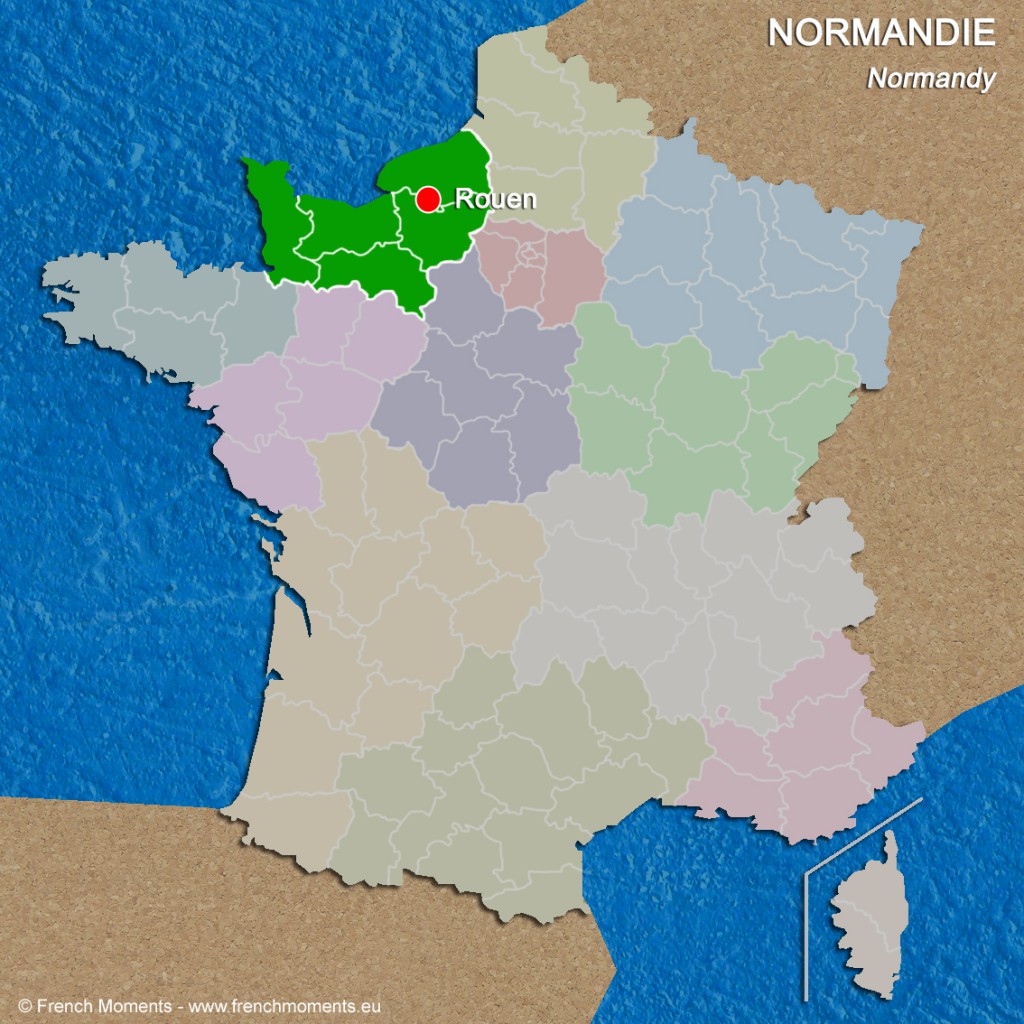 Includes the former regions of Basse-Normandie and Haute-Normandie. 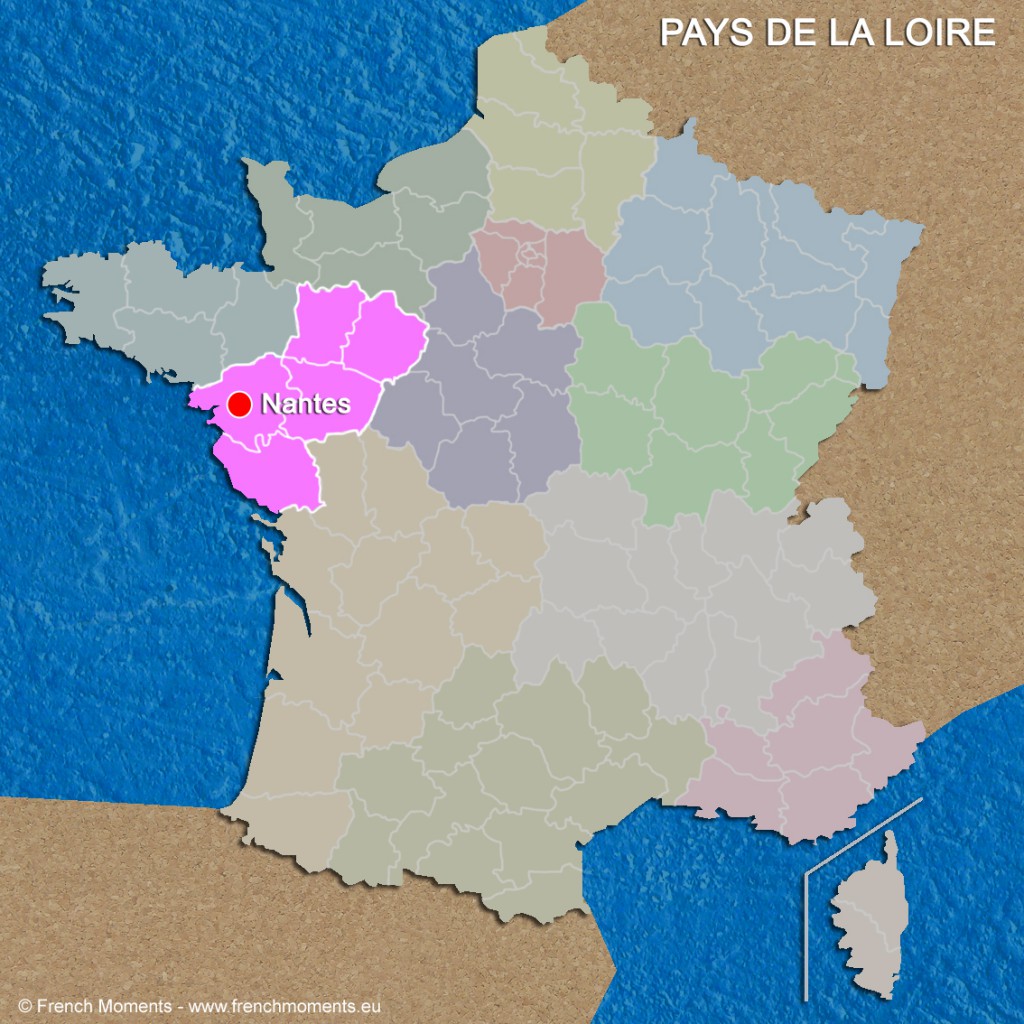 The regions of France: fields of action

The legislative body of a French region is the Regional Council – le Conseil régional. It is led by its President.

A region in France does not have legislative authority. Therefore it cannot write its own statutory law.

However, it can levy its own taxes.

The Regional Councils are involved in several fields of action:

Looking for free maps to download in the regions of France? Feel free to use ours. 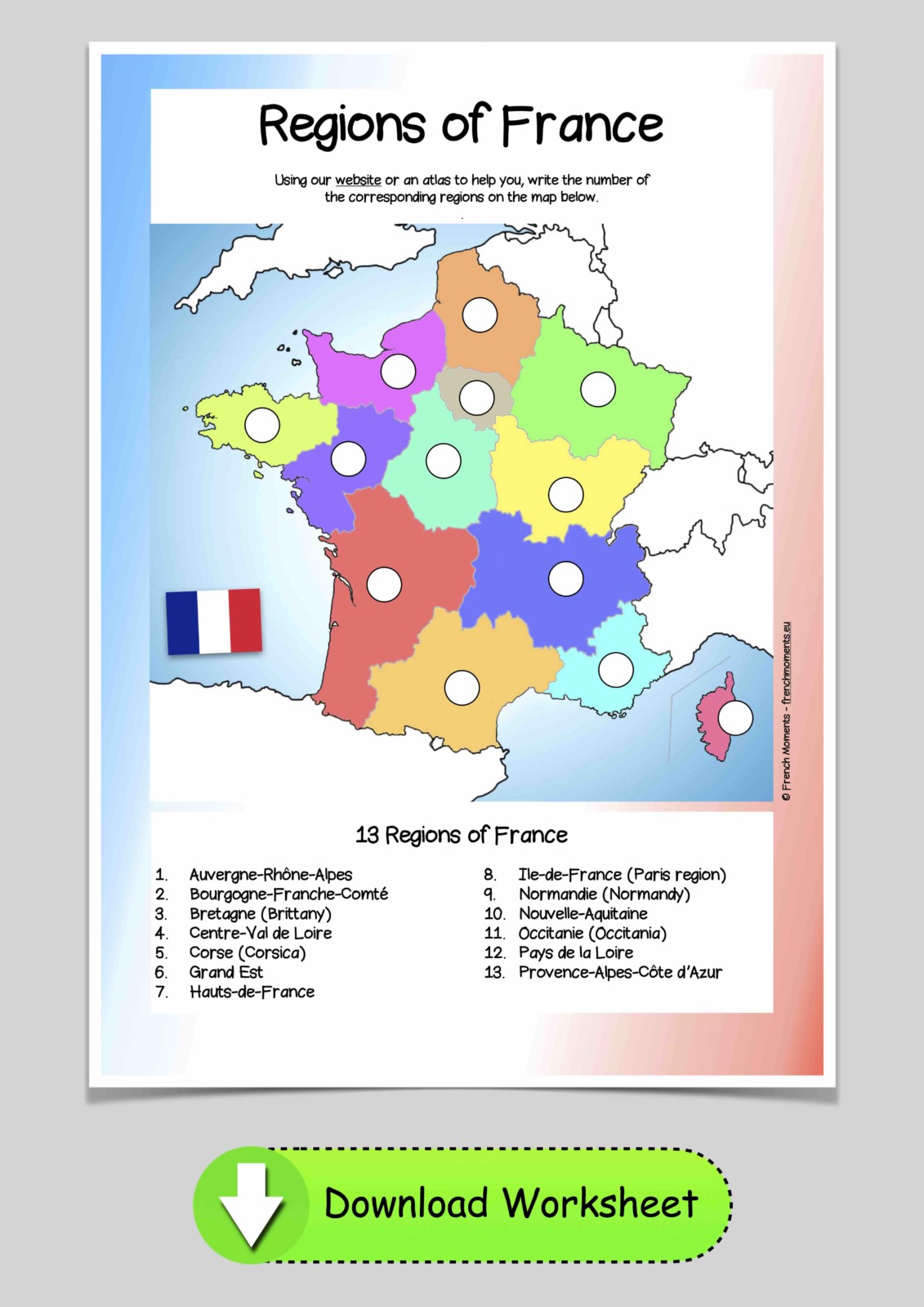 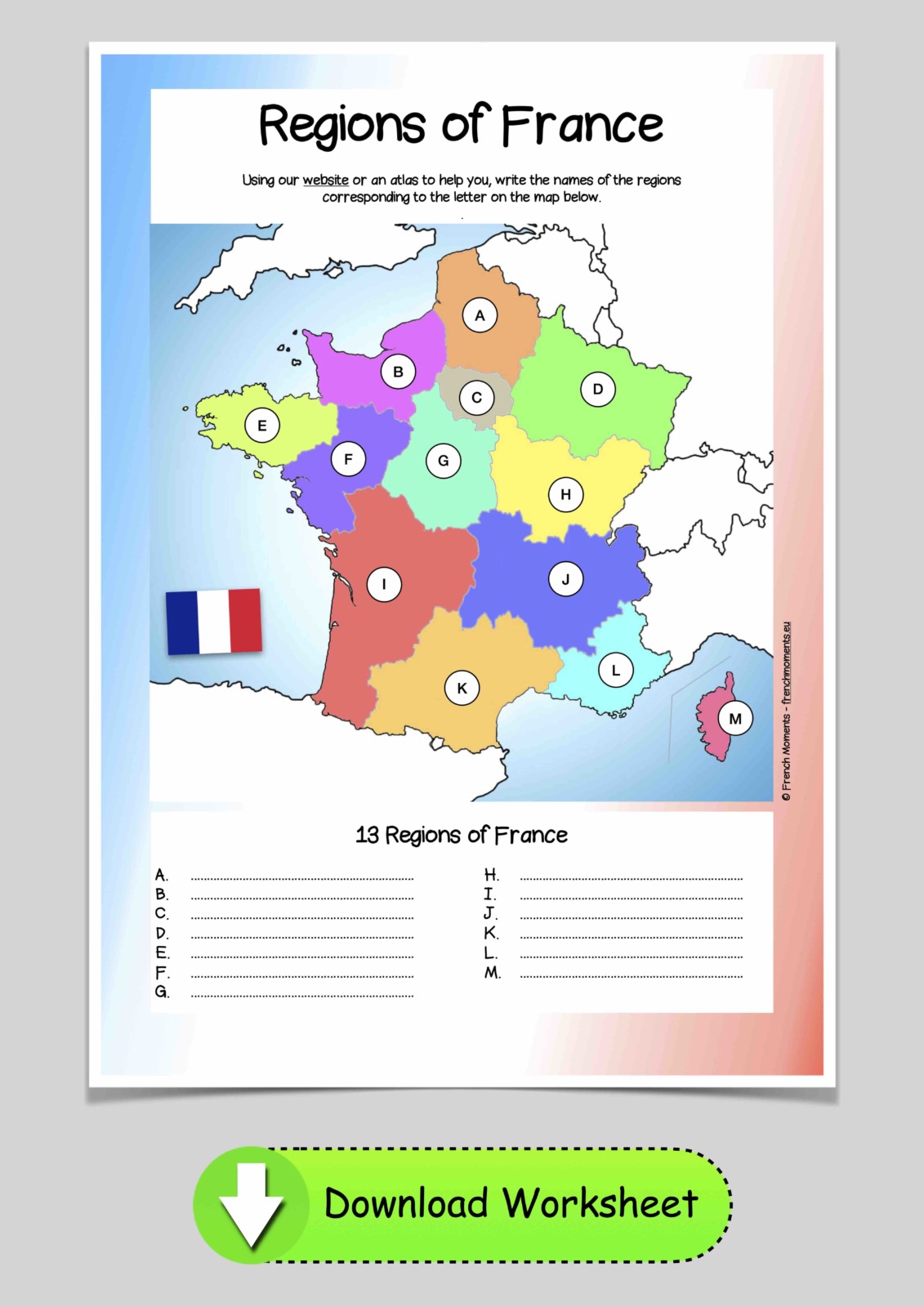 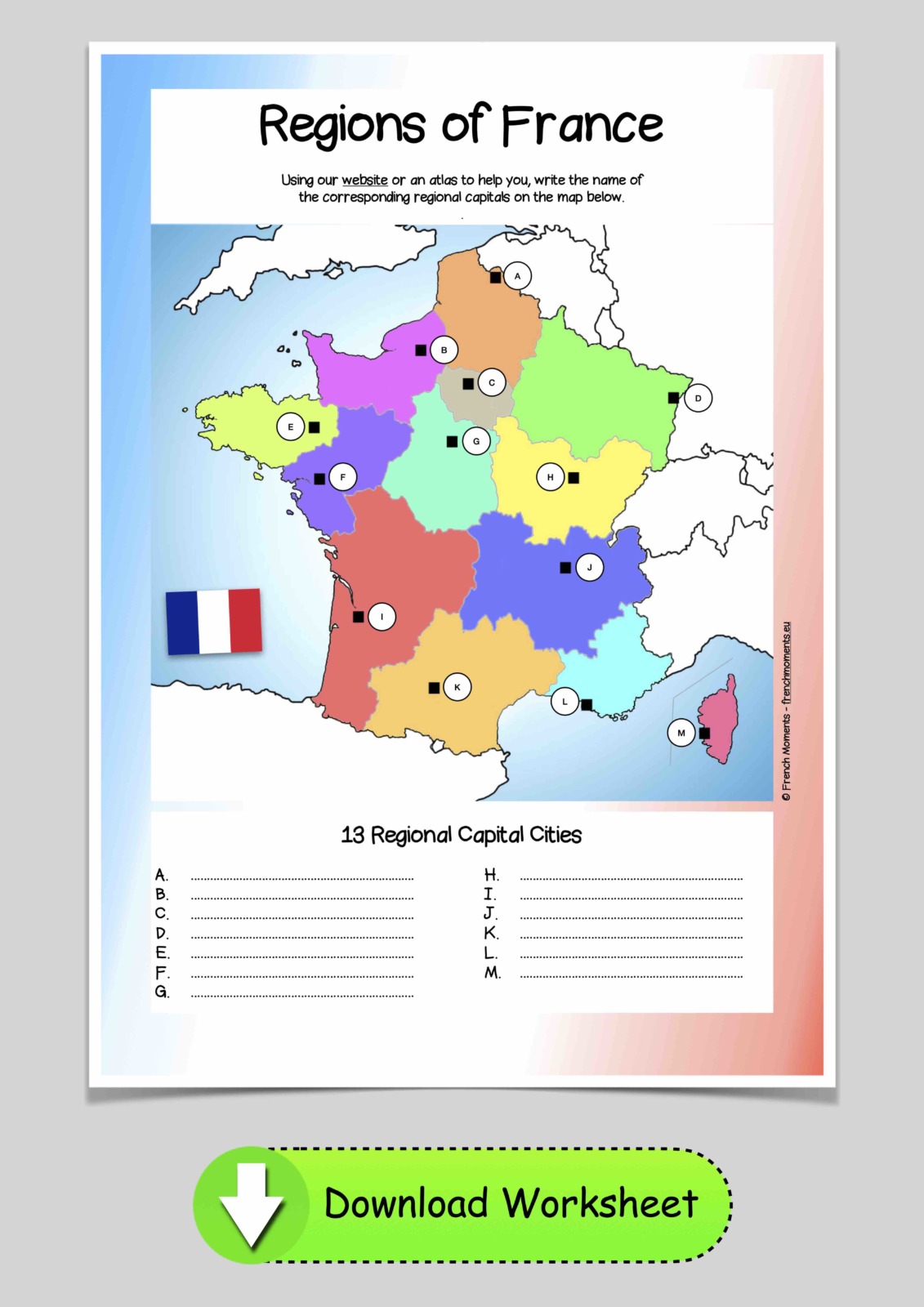 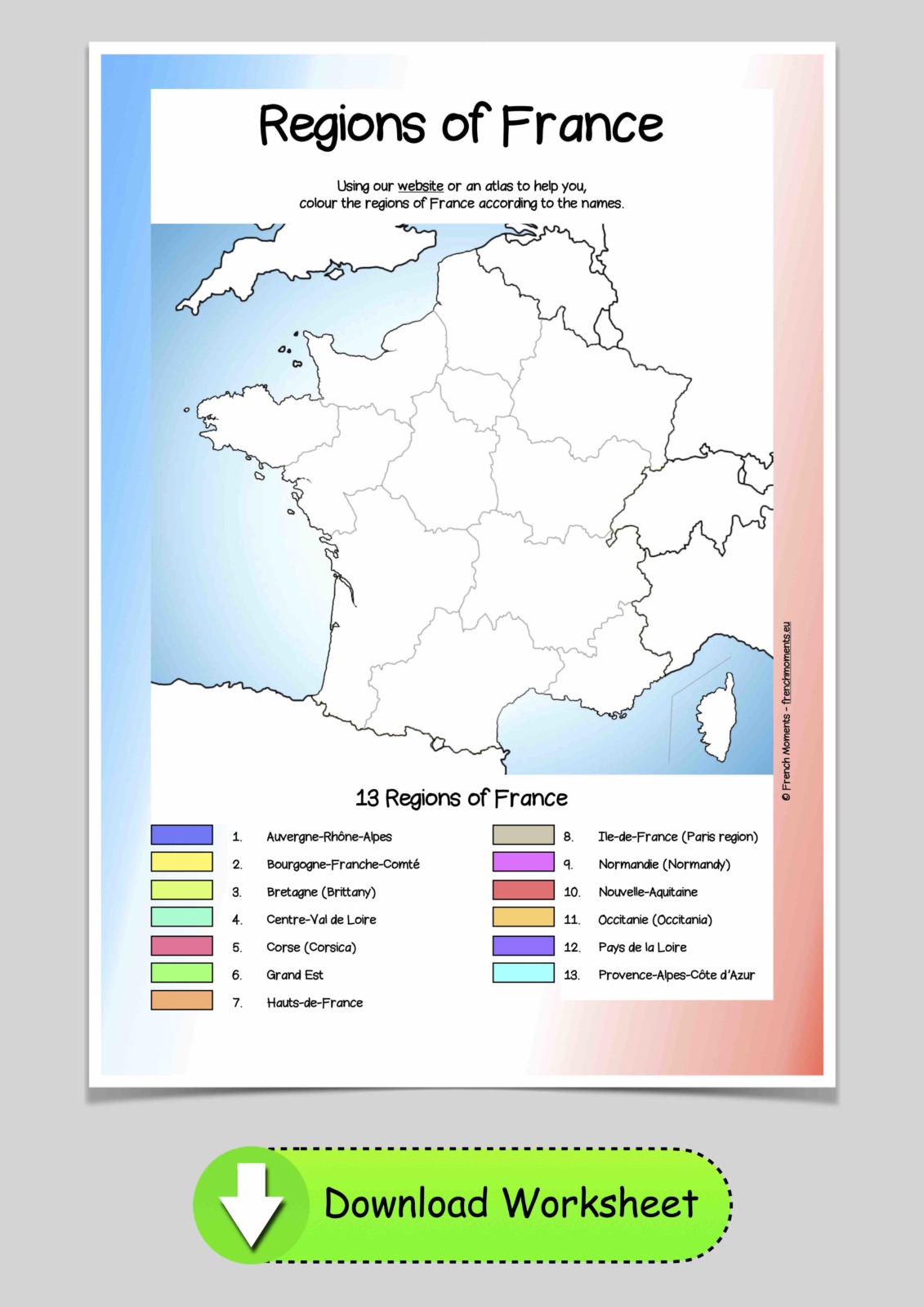 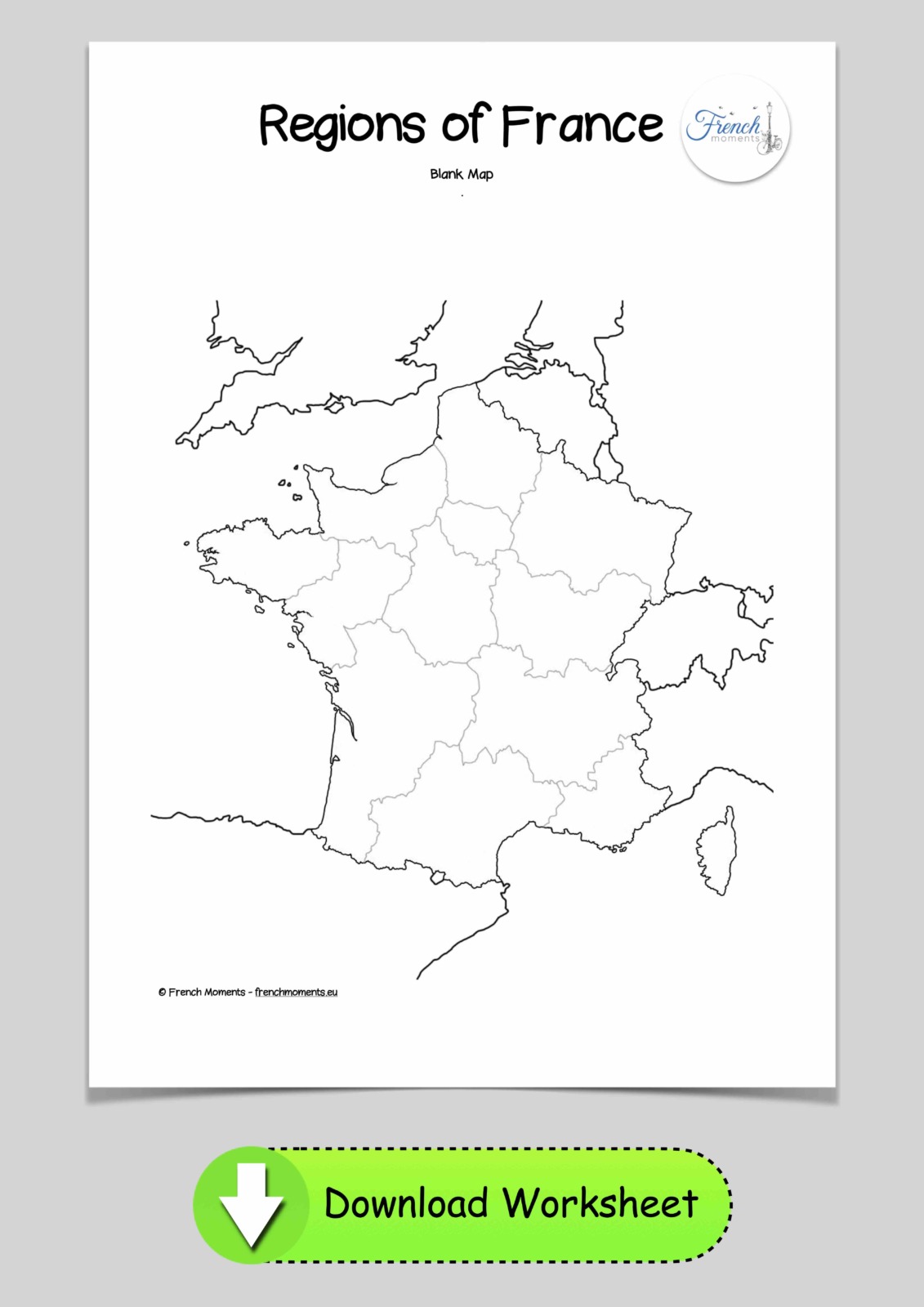 And if you’re looking for more free worksheets about France, check this out! We’ve got a bunch of maps and activities for you to download. These worksheets are great for French classes or school activities related to France.