New posts
You are at:Home»Paris»Arrondissements of Paris»10th Arrondissement of Paris»The triumphal arch of Porte Saint-Denis in Paris

The triumphal arch of Porte Saint-Denis is situated in the 10th arrondissement of Paris. Dating from the 17th century it pays homage to Louis XIV’s victories on the Rhine and in Franche-Comté. Only a few people visiting Paris know about the gateway, one of the four triumphal arches still standing in Paris.

Porte Saint-Denis: a bit of history 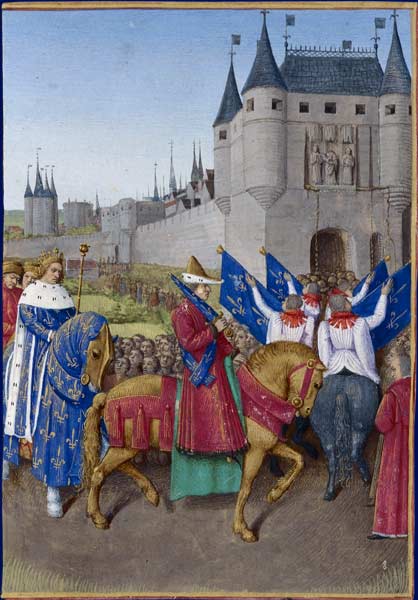 King Charles V entering Paris through the Porte Saint-Denis in 1358. Painting from Jean Fouquet (circa 1455-1460)

Porte Saint-Denis stands 60 metres away from the site of a former medieval gate that bore the same name. This gate was part of the Charles V city walls built in 14th century all around Paris. By the 17th century, the city had greatly expanded and the Charles V City walls were replaced by a tax wall. The flat top of the rampart was transformed into a verdant promenade called boulevard. The fortified gates were dismantled and replaced by triumphal arches.

It was built in 1672 by architect François Blondel, director of the Royal Academy of Architecture. King Louis XIV himself ordered its construction which was paid for by the City of Paris. The triumphal arch was designed to honour the king’s victories in the Rhine and in Franche-Comté.

A royal entrance to Paris

Porte Saint-Denis was the gate where the kings of France would pass through on their return to Paris from religious services at the Saint-Denis basilica. The last sovereign to pass through the triumphal arch was Queen Victoria on her visit to the 1855 Universal Exhibition in Paris.

The bloody June Days uprising at the gate

The gate was the site of a bloody insurrection during the June Days uprising. Workers threw up a barricade by the gate, blocking communication and reducing the mobility of persons. On the 23rd June 1848, the National Guard commanded by general Louis Eugène Cavaignac was called out to put an end to the riot. 30 insurgents were killed or wounded on the site. Across France, 5,000 workers were killed and 11,000 were arrested.

One of Paris’ four triumphal arches

It served as the inspiration for the triumphal arch at the entrance to the Manhattan Bridge in NYC (1910). 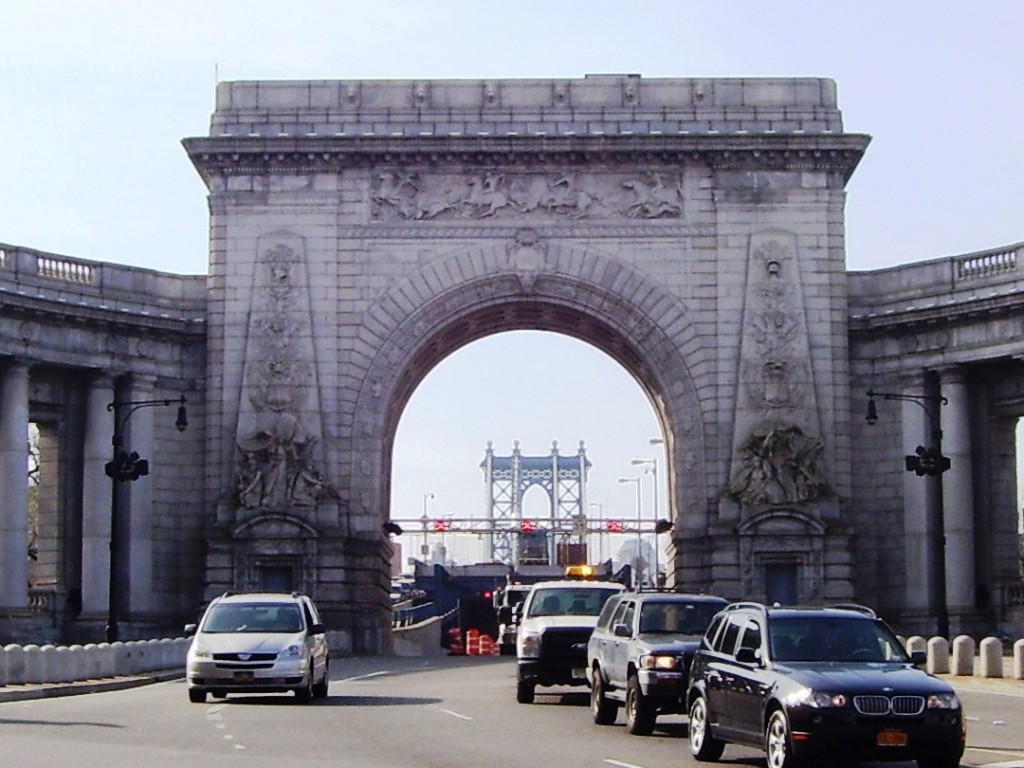 The Porte Saint-Denis was restored in 1988.

Description of the gate

The triumphal arch of Porte Saint-Denis is 24.65 meters wide, 25 metres high and 5 meters deep. It was inspired by the Arch of Titus in Rome. The gate is pierced by a large central arch. When completed, Porte Saint-Denis had two smaller flanking openings for pedestrians that have since been closed off.

The base of the arch

At the base of the monument, a Latin inscription indicates that within 60 days, Louis XIV crossed the Rhine, the Waal, the Meuse, and the Elbe rivers, conquered 3 provinces, captured 40 strongholds and took the city of Utretch in 13 days.

The obelisks flanking the large arch

To the left and right of the large opening are two obelisks applied to the wall. They are filled with sculptural groups of trophies of arms.

At the bottom of the obelisks are two seated figures.

The obelisks are both topped with the gilded coat of arms of the king of France: three fleur-de-lis and a crown.

The bas-reliefs above the large arch

Notice the bas-reliefs in a sunk panel just above the large arch. The sculptural groups were created by Michel Anguier.

The southern face depicts “The Passage of the Rhine at Tholus“. Louis XIV can clearly be seen riding and leading the way.

The northern face shows “Louis XIV takes over the city of Maastricht“.

Above the southern face, the entablature bears the gilded bronze inscription LUDOVICO MAGNO (To Louis the Great).

Like what you’ve read? Subscribe to our blog by adding your email address to the form below.