Paris Smiles is a collection of over a hundred portraits in black-and-white taken by Ronald W. Kenyon. It includes pictures of friends and strangers, French and foreign, men, women and children. It is my great pleasure to introduce Paris Smiles to you on this blog!

Paris Smiles will definitely put a smile on your face!

One of my faithful readers, Ronald W. Kenyon contacted me a little while back about a Paris book he was going to publish.

I wanted to show you his work… because I really enjoyed discovering this journey through by-gone Paris!

In fact, Ronald has captured some of the greatest portraits I’ve ever seen!

This collection includes amazing photos taken in the Latin Quarter of Paris between 1970 and 1972.

A fascinating leap back in the past… that strangely seems not that far away!

The exploration of this collection of portraits gave me a strange feeling. Page after page, it was like meeting a familiar face… it could have been due to a smile or a certain glance that reminded me of someone. In fact, after a little while, it felt like I was in their time… although most of the people photographed would have been my parents or grand-parents! Yes that was quite striking when you realise that 50 years separate us from these portraits!

Gosh, it feels so far in the past and therefore the photos convey a ‘je-ne-sais-quoi’ that makes it seem like these people are living in the 2020s!

Of course, there are a number of things that give away the early 1970s.. mainly the clothes and the hair styles, but they only add to the portraits’ charms. 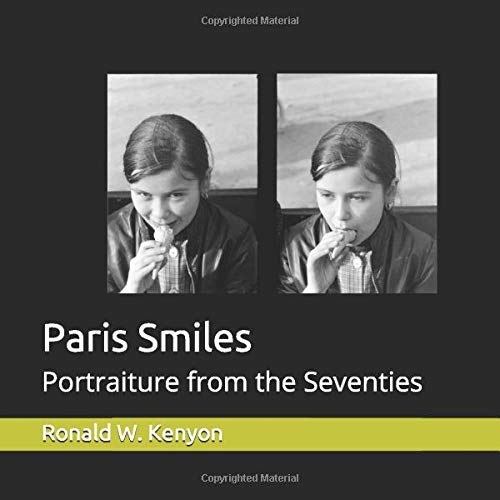 An Interview with Ronald!

To get to know the author a bit more, I’ve asked Ronald to answer a few questions about France… 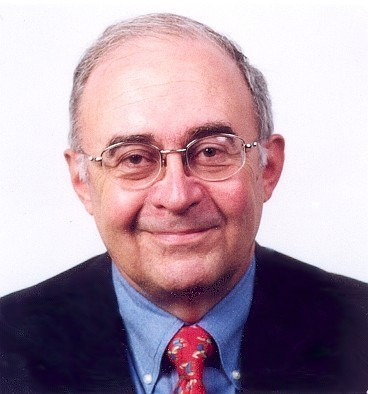 Q1 – What does France mean to you? What inspires you the most about France?

Freedom, respect for the privacy of others, creativity, cuisine and French women. Maybe in the reverse order.

Q2 – What’s your favourite part of traveling to France? And your least favourite?

1. Unexpected encounters with total strangers. As Jacques Lacarrière, who was the inspiration for me to write about France, wrote in Chemin Faisant:

One of the most profound reasons to walk is to encounter the unknown, to initiate contacts every day, always unexpected and different, to submit yourself to a kind of test that can be either enjoyable or irritating. You are always a stranger, judged, accepted or rejected according to your appearance or when you attempt to display your true nature in a moment’s conversation in a café, along a road, or in a farmyard. (My translation)

2. Travelling by TGV trains and watching the speedometer hit 350 kmh.

Least favourite: Bureaucracy—saying “no,” when they know the answer is “yes.”

Q3 – Do you have a dream project that you’d like to create one day?

2. Make a film about Jean-Pierre and Sophie Blanchard. [Do you know any film-makers?]

Q4 – If you were to go to France right now, where would you like to visit?

Throw a dart at a map of France and go wherever it hits.

I have loved every part of France I have discovered on foot and written about many of them: the Southwest, Alsace, Brittany, Auvergne, even the Ile-de- France, which is rich and varied and which many tourists ignore.

Regions I have not explored on foot are Lorraine, Normandy, the Basque Country and Corsica.

Q5 – What advice would you give first-time visitors to France?

Begin every conversation with a French person, be it the President of the Republic, a shopkeeper, a bus driver or a street sweeper, with one word: “Bonjour!”

The reason behind ‘Paris smiles’

The portraits in this collection were taken in the nineteen-seventies when Ronald was living in the Latin Quarter of Paris. Included are pictures of friends and strangers, French and foreign, men, women and children. 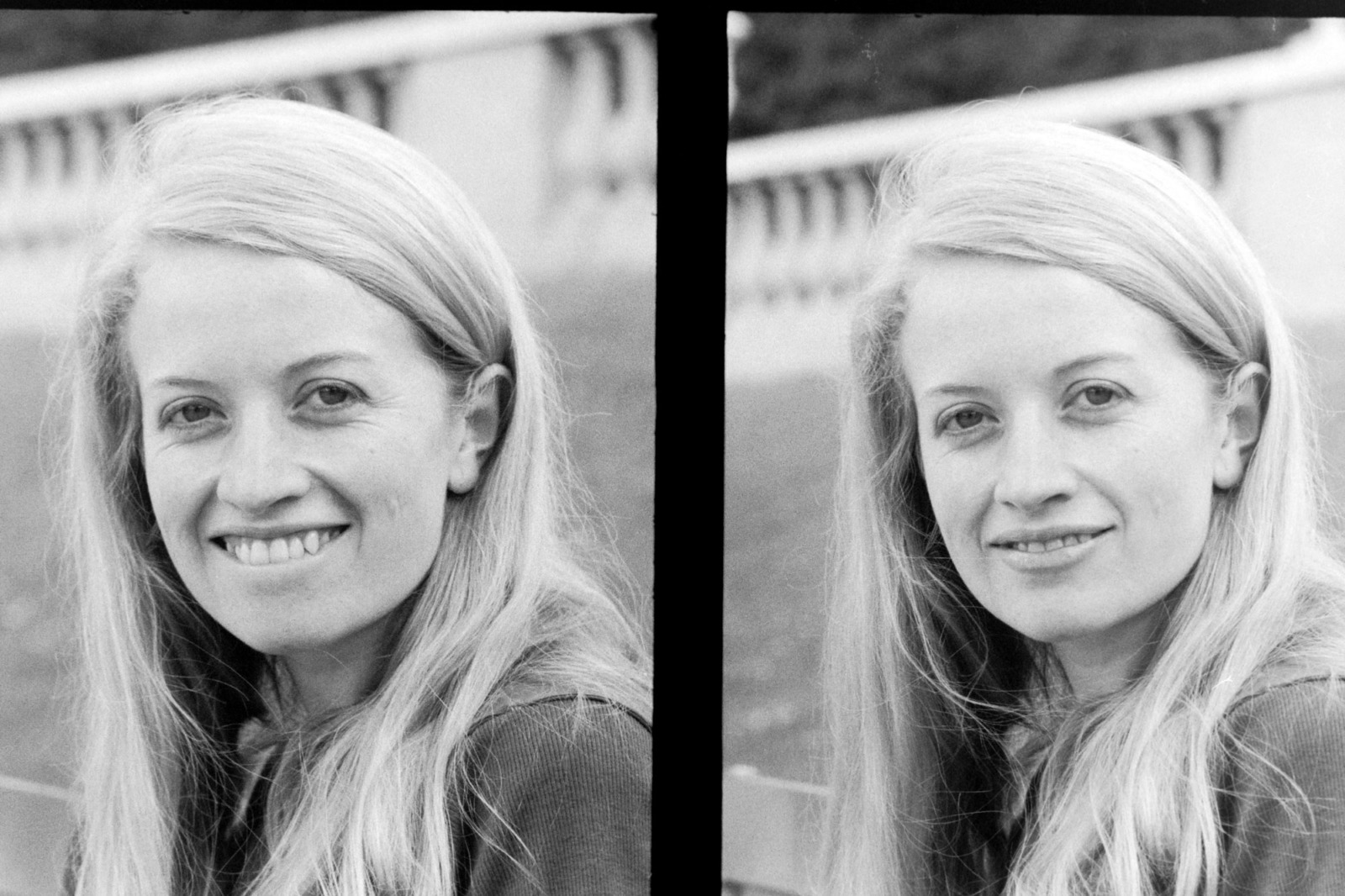 The unique feature of this book is that in addition to full-page portraits, there are many multiples: diptychs, triptychs and polyptychs. They were made possible because the camera Ronald was using, the revolutionary Olympus Pen-F single-lens reflex, permitted him to cock the shutter and advance the film in approximately two seconds.

Consequently, he could shoot sequences of pictures almost as quickly as if he was using a motor drive or a movie camera. 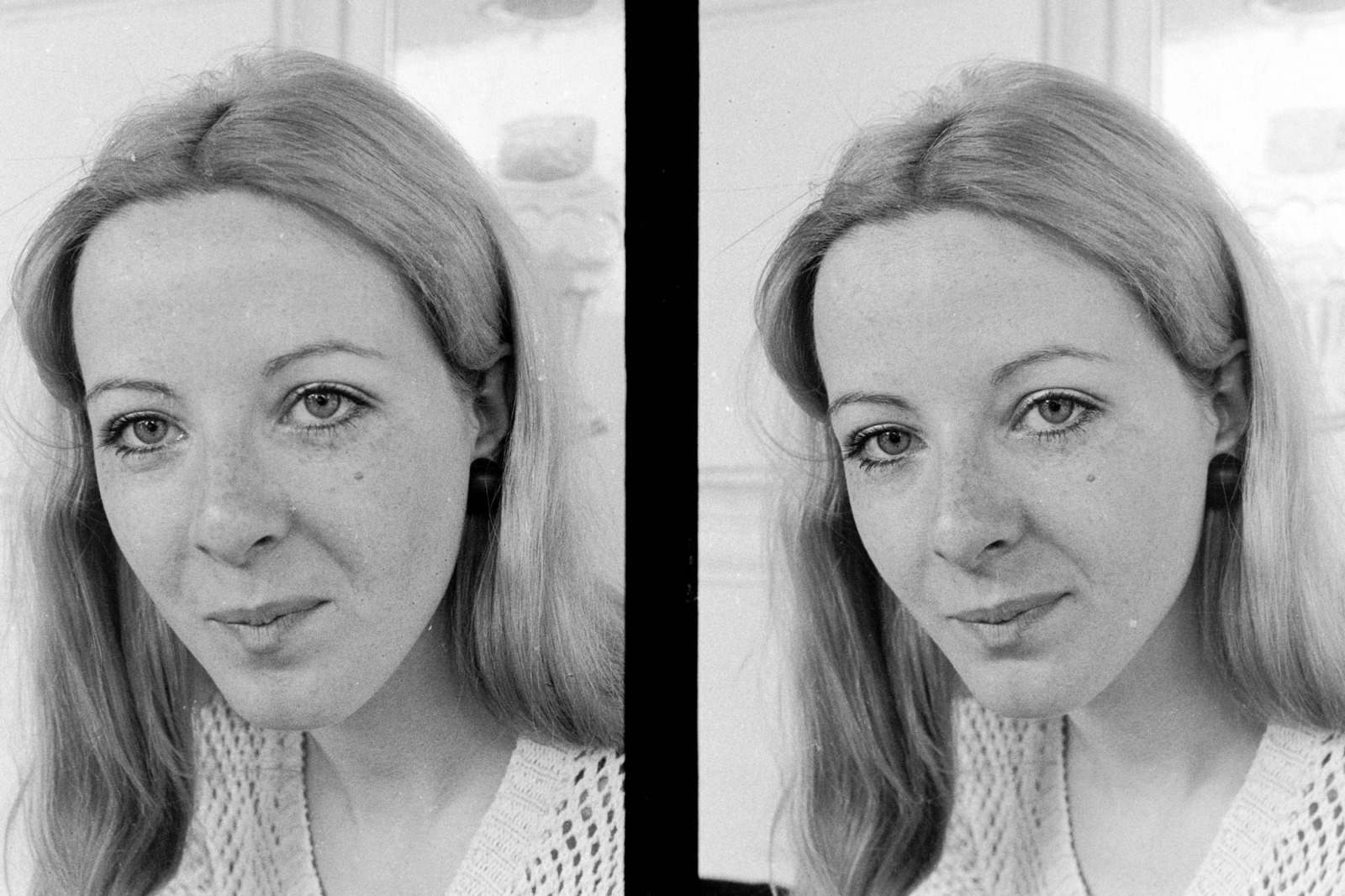 Many of the portraits in this collection were taken on the spur of the moment, à la sauvette, to use Henri Cartier-Bresson‘s expression.

The author was young at the time—not yet thirty years old—and was quite fearless.

Sometimes he would saunter into a bistro and, if he spotted an attractive young woman, he would just start taking her picture without so much as a how-de-do or a bonjour!

Other times, he would perambulate in the Luxembourg Gardens and, using the telephoto lens, shoot pictures from afar. Afterwards, Ronald would strike up a conversation with the people he had photographed, promising prints of the portraits in exchange for an address or a telephone number. 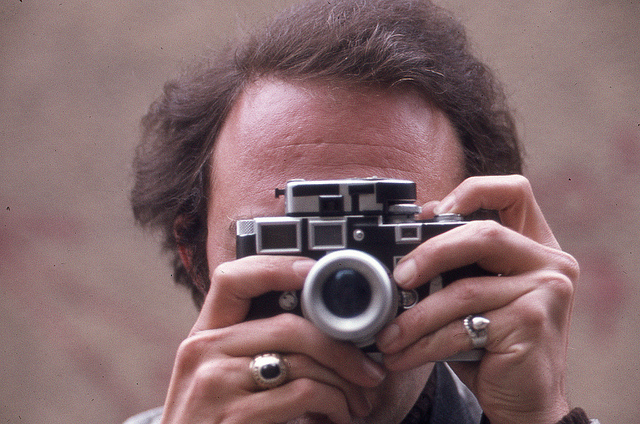 Some of the portraits of his friends were posed, usually in hotel rooms. His technique would be to engage in small talk with his subjects while shooting image after image while they remained as stiff as in a nineteenth-century Daguerreotype, encased in their invisible carapaces, until the ineffable moment would arrive when they would relax and lower their masks, revealing at last their true nature, and that would produce a perfect portrait. 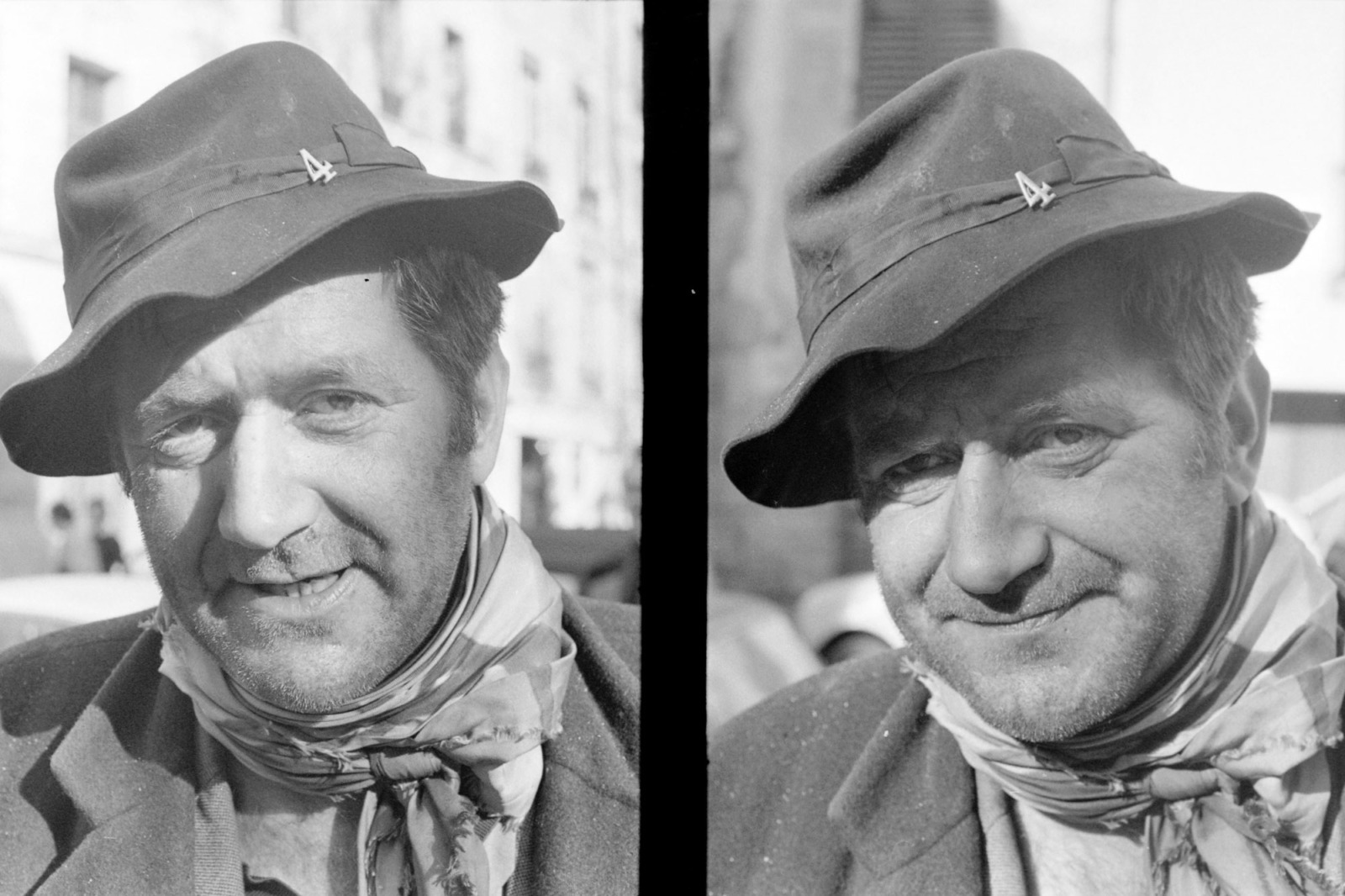 Often it meant burning up an entire roll of film to get that one portrait. Even though Ronald may have forgotten some of the names of the people he photographed in Paris almost half a century ago, he has never forgotten their faces. The author hopes that some of the portraits in this collection may leave lasting memories and indelible impressions on you and leave you smiling, too.

Here are more photos taken from the book to give you more insights! 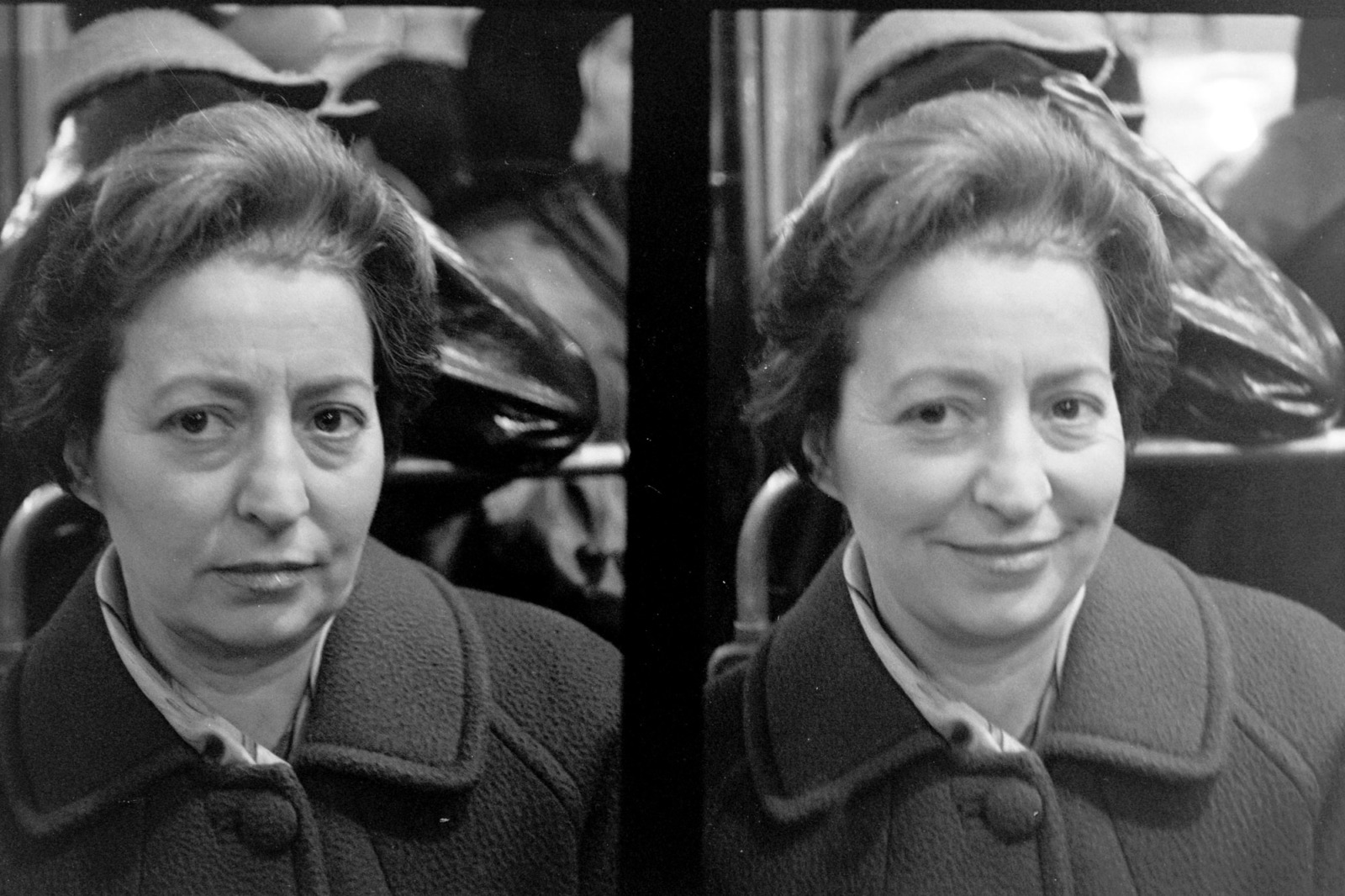 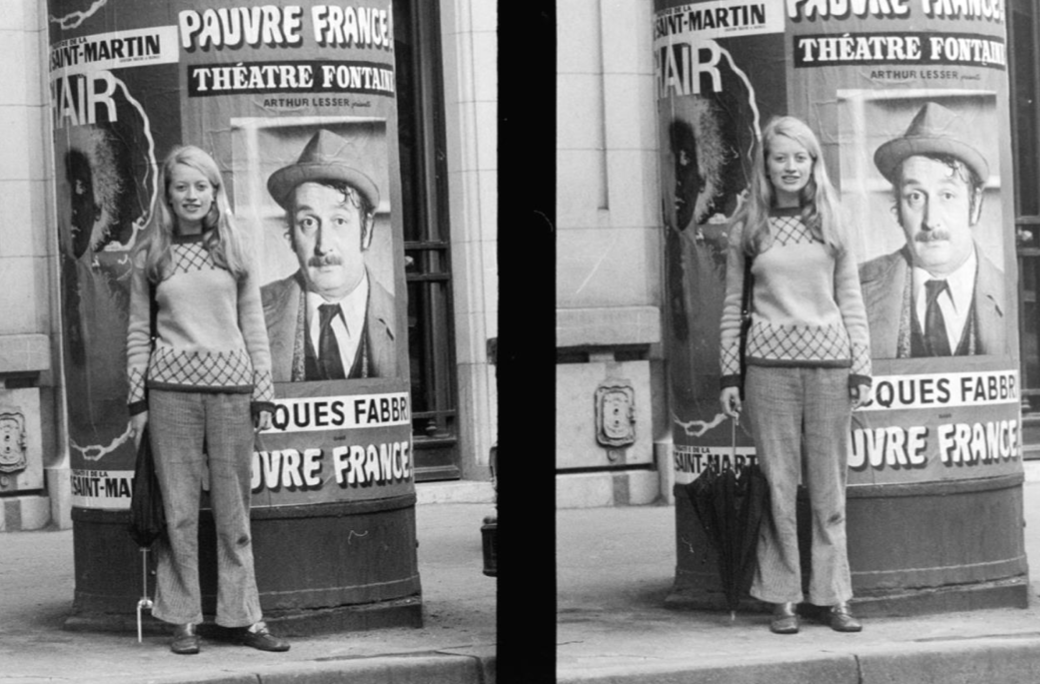 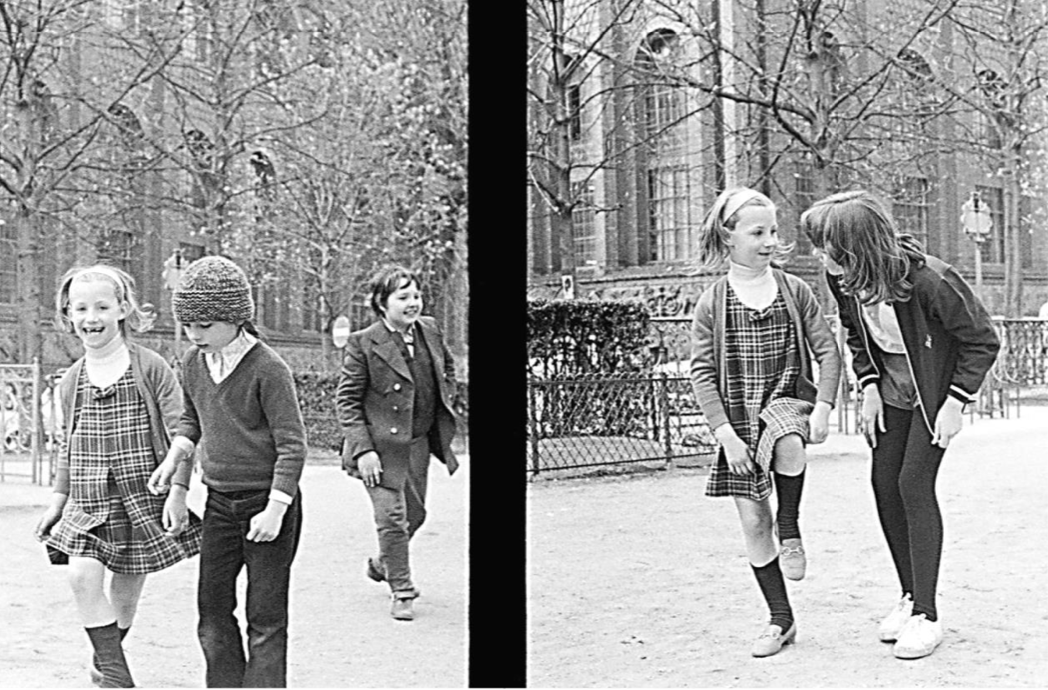 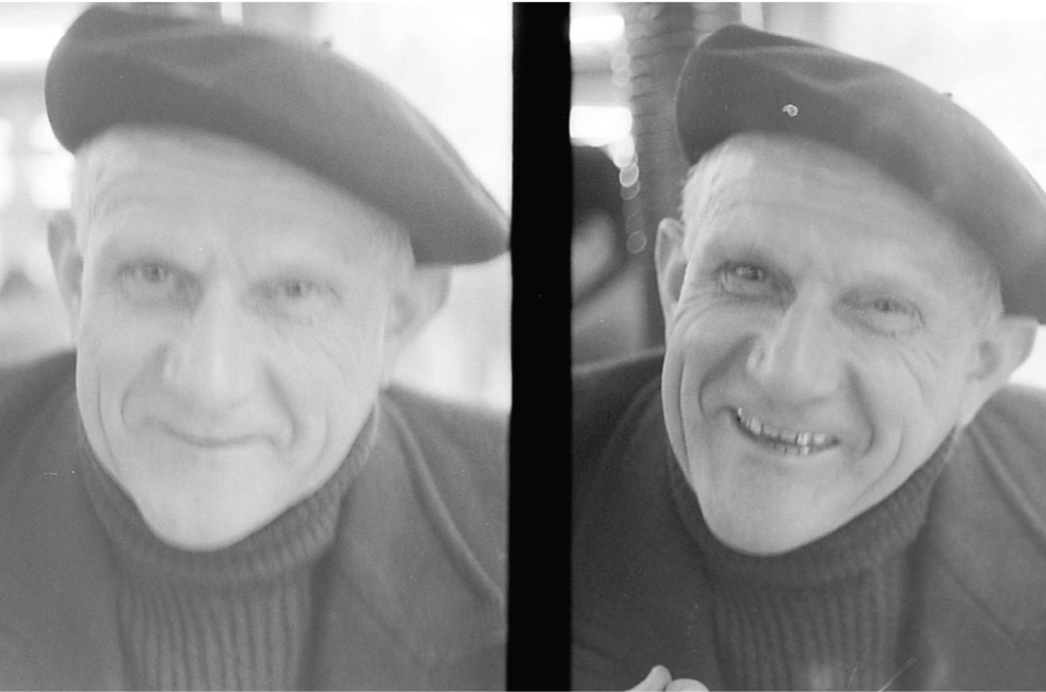 Paris Smiles: Portraiture from the Seventies is currently available from all Amazon platforms world-wide and will soon be available, along with his other books, at many other online booksellers including Thrift Books, ABE Books, Barnes & Noble and Better World Books.

Order your copy from the following countries:

The Romance of Paris: 1Hr of Romantic & Inspiring Music

A stroll through the market in Annecy