New posts
You are at:Home»Monuments of France»Ossuary of Saint-Maclou, Rouen

The Ossuary of Saint-Maclou (Aître Saint-Maclou) is one of the strangest landmarks to visit in Rouen. This unique courtyard surrounded by four wings of half-timbered and stone houses was once a cemetery built for the Great Plague.

What is the Ossuary of Saint-Maclou in Rouen? 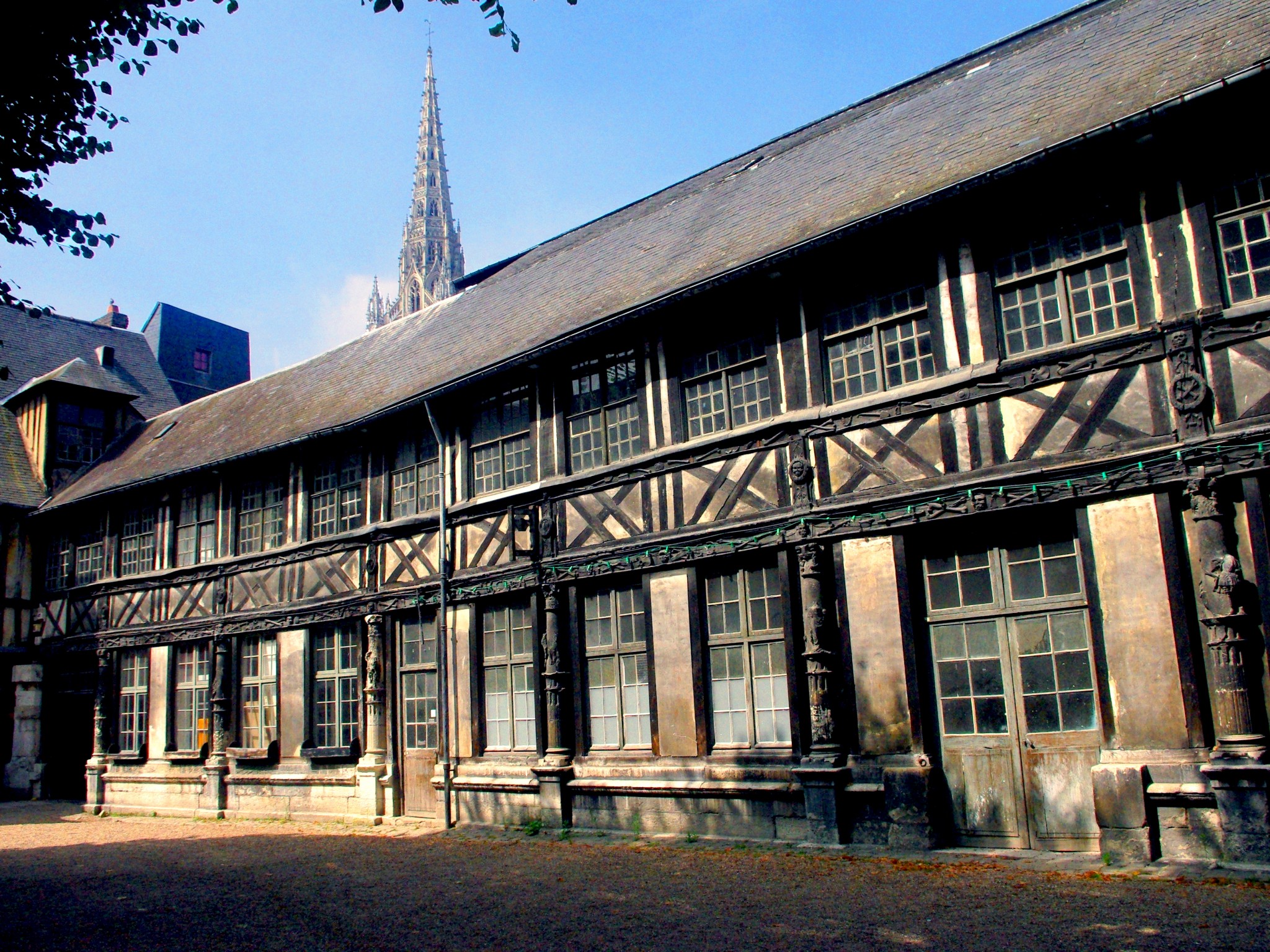 The Aître Saint-Maclou is situated not far from the St. Maclou church at number 186, rue Martainville.

To place the ossuary in context, one must recall the Great Plague of 1348. As in most European cities, many of the townsfolk died during the plague. It was estimated that three-fourths of the parish were killed by the plague. The cemetery around the church of Saint Maclou became too small to house all the dead. A  new cemetery was then needed. Hence, victims of the plague were buried on this site in large communal graves.

The ossuary comprises of four half-timbered galleries that surround an inner courtyard. Three of the galleries that surround the cemetery date back to the 16th century and served as an ossuary during a later plague. The decorations reflect their original purpose: skulls, crossbones, gravediggers’ tools and objects… On the columns is a representation of Death leading Life in a “danse macabre”. 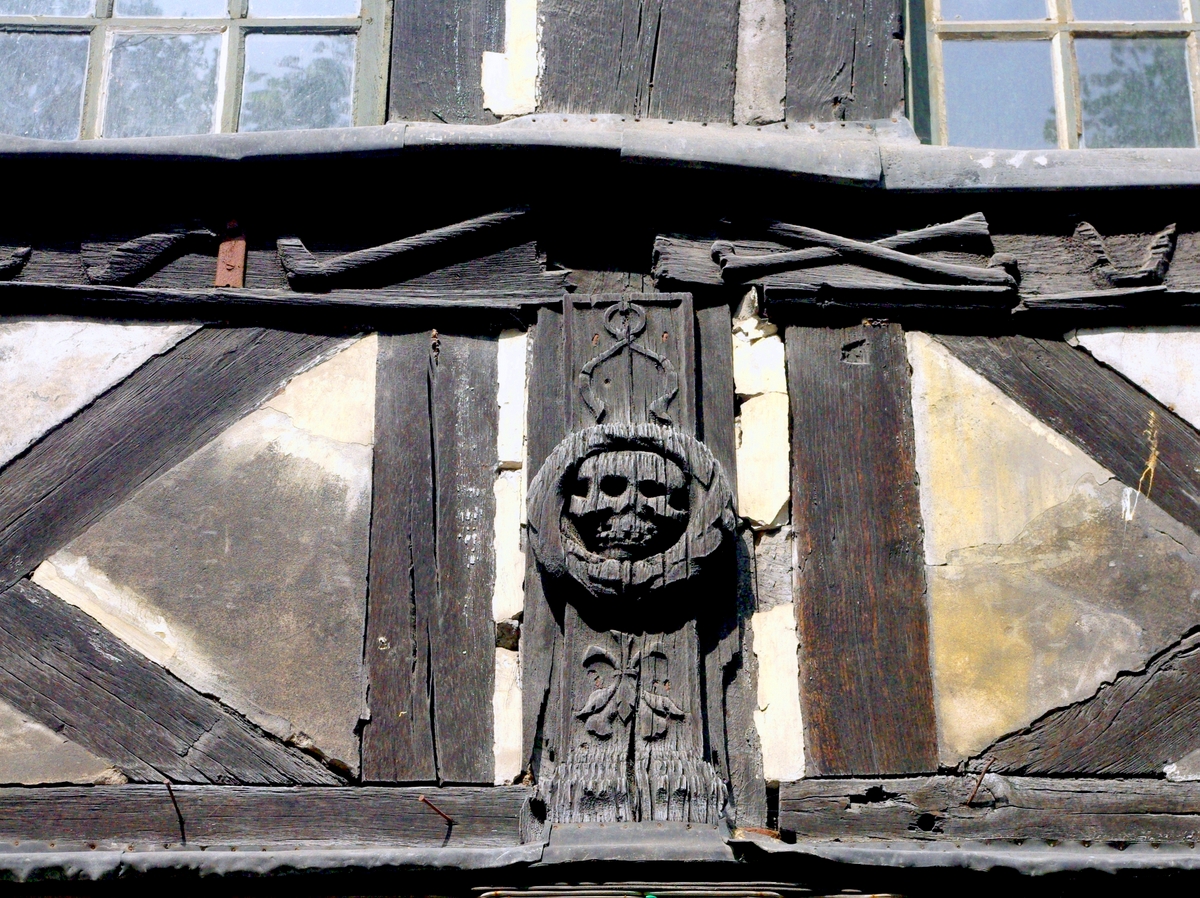 A cat skeleton found in one of the ossuary walls is displayed in a glass case near the entrance. It is believed that it was a black cat – the incarnation of the Devil – which was plastered (maybe alive!) into the walls as an act of superstition to repel evil spirits.

The fourth gallery, built in the 17th century, was only used as a school. From the 18th century, burials in town centres were forbidden and cemeteries inside any town centre were dismantled. The former ossuary was kept standing and now houses the regional school of fine arts. 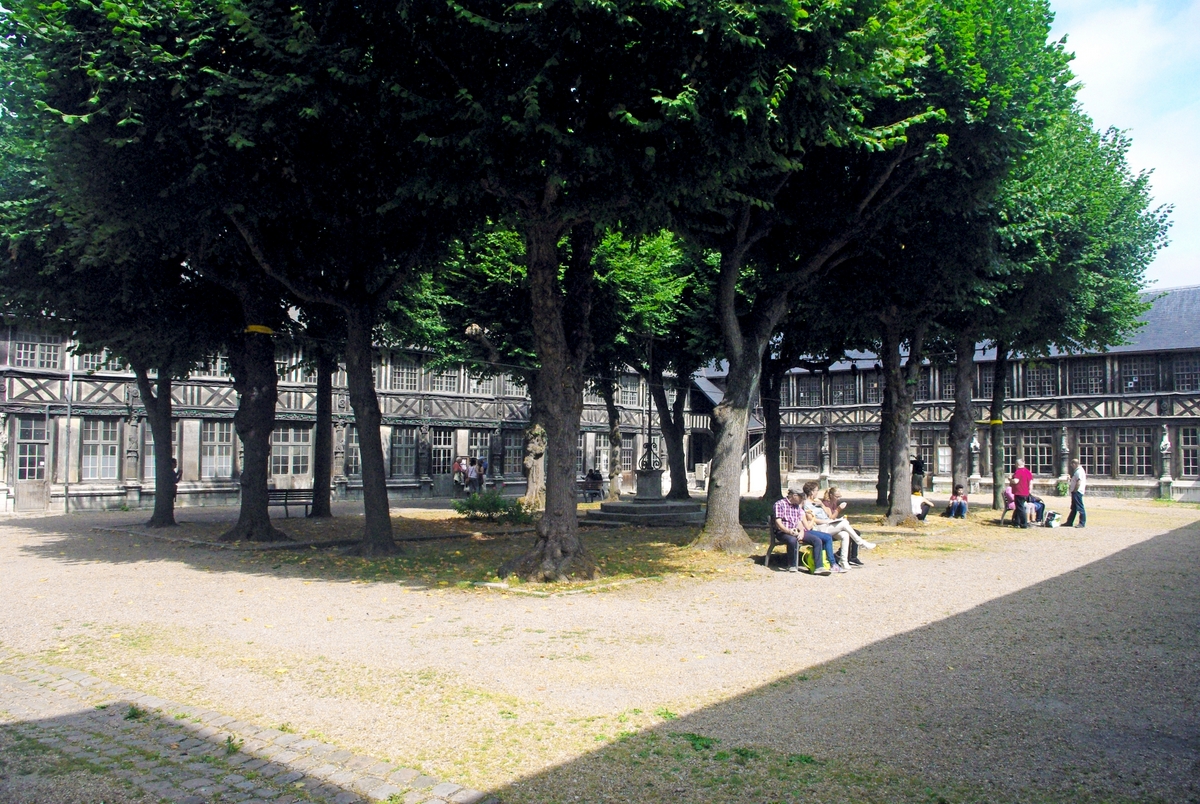 Access to the inner courtyard is free. The Aître Saint-Maclou is open every day from 8am to 6pm (extended to 7pm in the Summer).