New posts
You are at:Home»Paris»Arrondissements of Paris»4th Arrondissement of Paris»The mystery behind the oldest graffiti in Paris

This is one of my favourite secret places of Paris. It is find on the very popular royal square of Place des Vosges. Thousands of people would visit the square without knowing that it holds France – if not the world’s oldest graffiti. Follow me and I will reveal to you the exact location to the curious graffiti in Paris.

The oldest graffiti in Paris

1764. That’s the year when the world’s first graffiti vandalism was committed! If you are already on Place des Vosges, go to number 11. On the wall of the arcade facing the street, you’ll find the tag quite easily. It is etched in deep scratches onto the stone pillar.

Actually not, you might want to know a bit more about how it came to be etched here, in what was Paris’ most exclusive place. For this, we have to go back in time when Louis XV was the reigning king of France. Nicolas Restif de la Bretonne (1734-1806) was a writer who had worked in printing. 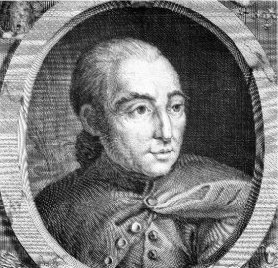 Born in Burgundy, Rétif de la Bretonne worked in a printer at Auxerre before moving to Paris. There he eventually became a novelist and produced a great number of books. Rétif de la Bretonne was actually a controversial author. He would often go out for a night-time rambling. A walk is always good to ponder about what to write on a book, isn’t it! However he would be seen scratching his name onto the walls of Paris. Because of this strange habit, people gave him the surname of « Le Griffon » (the scribbler).

In fact the graffiti in Place des Vosges is the only surviving tag of Nicolas Restif de la Bretonne known in Paris.

What to see in the neighbourhood?