New posts
You are at:Home»Blog»Menton’s Parks and Gardens

The resort town of Menton on the Mediterranean Sea boasts most interesting parks and gardens from intimate parks to exuberant or botanical gardens. Here is a short list of which ones to visit on your next visit to the “Pearl of France”! 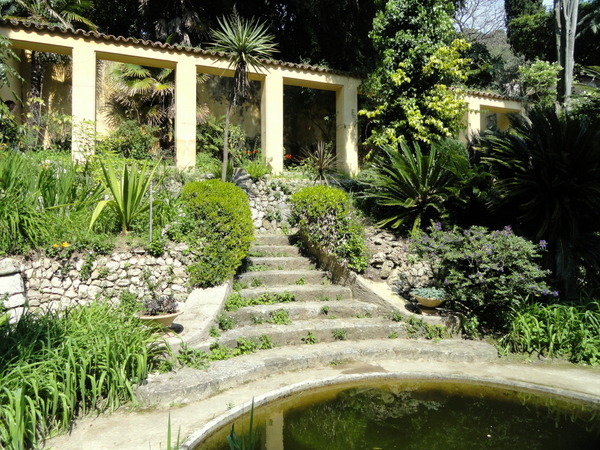 A botanical garden of seven hectares located in the Gorbio Valley on a hillside where olive trees and vineyards used to grow in the past. The garden was laid out in the 1920s and 1930s by Major Lawrence Johnston (then owner of Hidcote Manor in England) who brought back from South Africa and Asia a great number of plant species including mahonias. 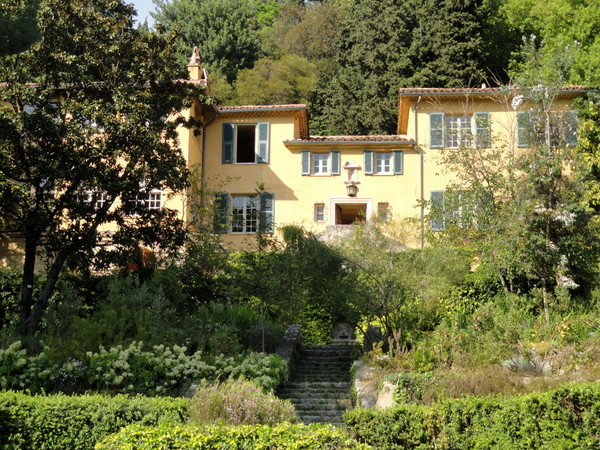 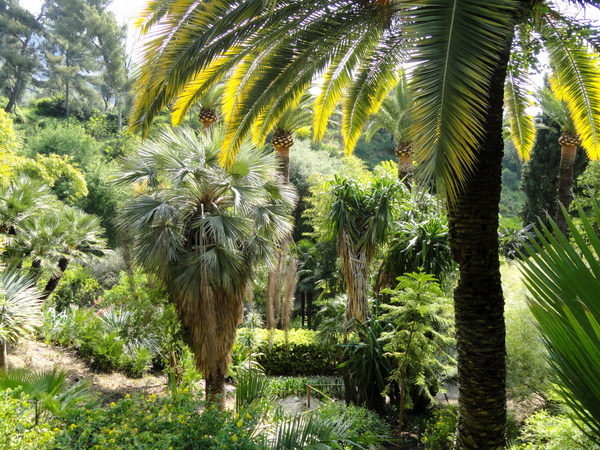 Laid out in 1905 for lord Radcliffe, then Governor of Malta, the garden’s terraces display exotic fruit-trees and subtropical plants. One of the most interesting plant is the Sophoratoromiro, native of Easter Island. This is the only European specimen of the plant now extinct on the island. 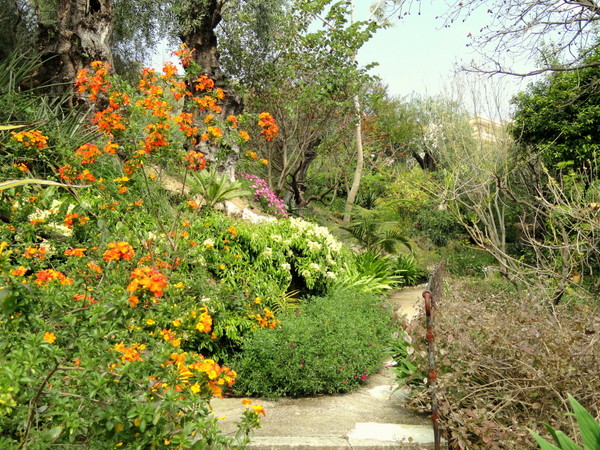 This garden has the most important collection of citrus fruit in Europe – 137 species including 24 citrus sinensis, 6 citrus aurantium and 6 citrus lemon. The domain is labelled as a “Jardin Remarquable” and is listed as “Monument Historique” by the State of France.

Statue in the Palais Carnolès Garden by Daderot (Public Domain)

Located in Avenue Blasco-Ibanez, Fonana Rosa is reminiscent of the Belle Époque era and was inspired by Andalusian and Arabian-Persian styles. Laid out from 1922 by Spanish writer Vicente Blasco Ibáñez (1869-1928), it is also called “The Novelists’ Garden” (‘Le Jardin des Romanciers’ in French or ‘El Jardín de los Novelistas’ in Spanish). Many exotic plants grow there: Ficus macrophylla, Araucaria heterophylla, palm trees, banana trees and scented rosebushes. The Fontana Rosa garden pays tribute for Blasco Ibáñez’ favourite writers (Cervantes, Dickens, Shakespeare and Honoré de Balzac) whose portraits can be found on the entrance gate of the domain. Blasco Ibáñez’ son inherited the domain and later donated it to the commune of Menton in 1970. 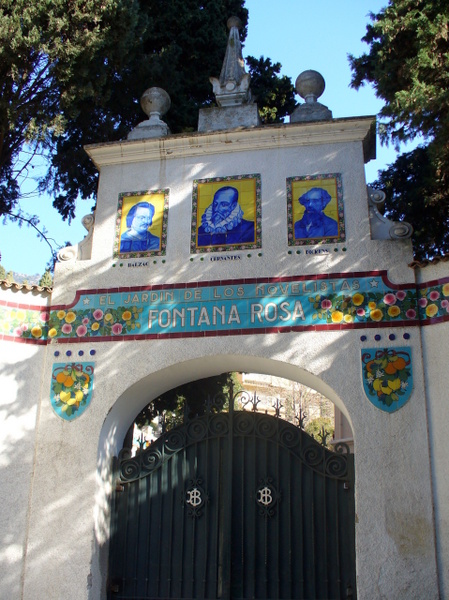 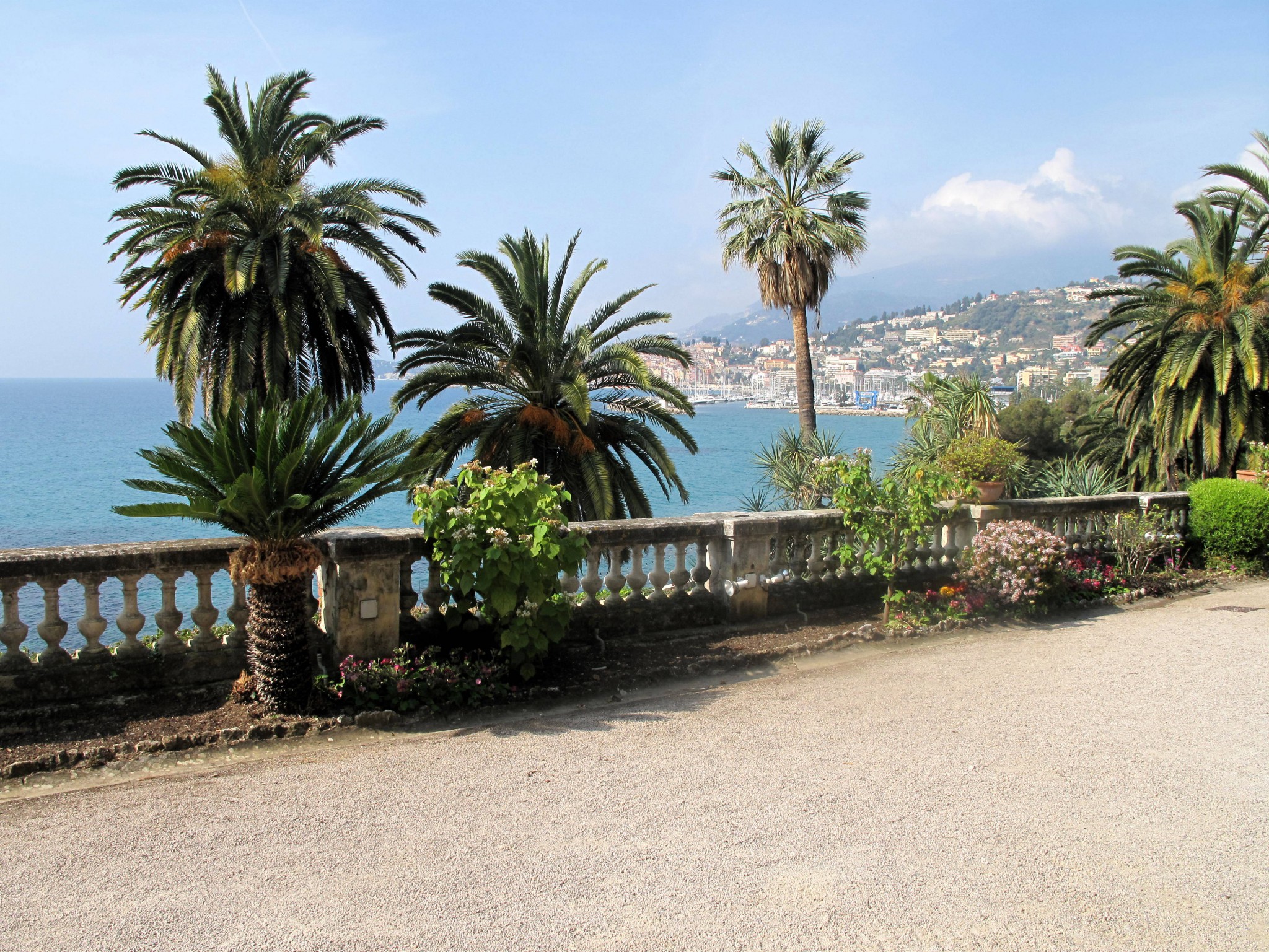 The garden is adjacent to a villa built by architect Pierre Jansoulin for Louis-Alexandre Foucher de Careil (1826-1891), French ambassador to Austria. The estate welcomed the famous empress Elizabeth of Austria, also known as Sissi. Anglo-American Henri Konig later bought it before donating the domain to the municipality of Menton in 1947. Since then it has welcomed distinguished guests such as French President René Coty and has been regularly used for municipal receptions. Situated near the Italian border atop the Balzi Rossi cliffs, the garden overlooks the Mediterranean Sea and the Garavan Bay. 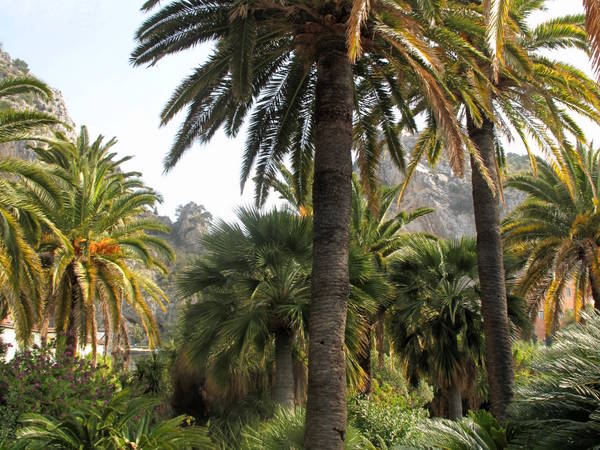 Overlooking the bay of Menton, the villa and its private estate were bought by Emile Ladan-Bockairy and his wife in 1918. The garden is essentially devoted to Mediterranean plants and features colonnades, pavilions, little bridges and intimate little gardens. A Mausoleum built atop a rocky hill contains the tombs of the couple and their friend, German writer Ferdinand Bac. 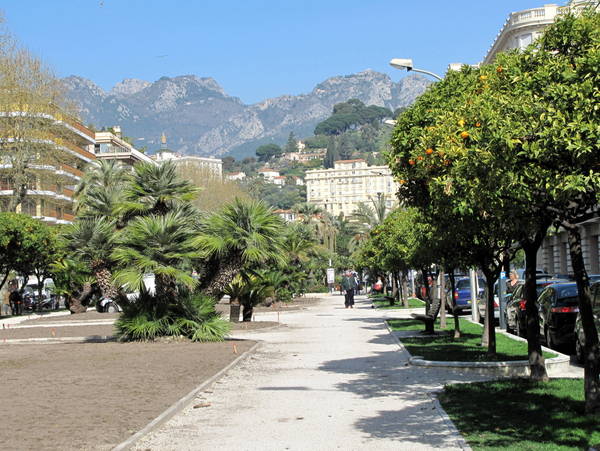 Situated in the town centre, this is where are exhibited the extravagant citrus sculptures during the Lemon Festival of Menton.

The citrus exhibition in the Biovès gardens @dvoevnore via Twenty20

Find out more about Menton.