Discover the beautiful village of Limeuil in Périgord

Discover the beautiful village of Limeuil in Périgord

Limeuil is located at the confluence of the Dordogne and the Vézère Rivers in the province of Périgord. Limeuil is a perfect ‘picture postcard’ village: cobbled streets wind between peaceful gardens and honey-coloured houses with deep red or light blue window shutters. It is no accident that Limeuil has been listed as one of France’s most beautiful villages.

In the past, Limeuil was a prosperous village with a commercial activity which grew in importance in as all economic activity and transport was centred on the Dordogne River.

Limeuil was inhabited by the Celts who named their village Lemoialum (“place planted with elms” which evolved into Limeuil). The Romans settled a garrison on the terrace commanding the confluence of the two rivers. The limestone outcrop provided a perfect site for strategic defences and helped the establishment of the Pax Romana throughout the region.

Limeuil during the Middle Ages

A fortress was built in Limeuil to face the Viking invasions which regularly threatened the region between the 8th and 11th centuries. At the same time, the fortified village developed steadily with a demographic expansion in the 11th century when the ramparts were extended.

The strategic position of Limeuil was coveted by the French and the English during the Hundred Years War. The fortified village greatly suffered by the conflict and changed hands many times between France and England. In 1420, the people of Limeuil murdered their lord, Jean de Beaufort exasperated with his acts of violence.

When the Hundred Years War ended with the French victory at Castillon-la-Bataille, an era of prosperity started in Limeuil with the growing importance of river trading.

From the 16th century

However, Limeuil found itself in the 16th century at the centre of another conflicts: the Wars of Religion and the Peasant Revolt of the Croquants which lasted until the 17th century.

Limeuil flourished again in the 19th century thanks to the importance of river trading, bringing prosperity and wealth. Some 80 craftsmen contributed to the life of the village, serving a population of about 800. However, the river trading on the Dordogne met its decline with the coming of the railway line between Bordeaux and Souillac in the second half of the 19th century.

The two bridges spanning at right angle at the confluence of the Dordogne and Vézère Rivers were built in 1891. They offer a nice view over the site of Limeuil built atop its small hill.

Today, the remarkable site of Limeuil with its fine houses and botanical garden attracts thousands of visitors and has been listed as one of France’s most beautiful villages. 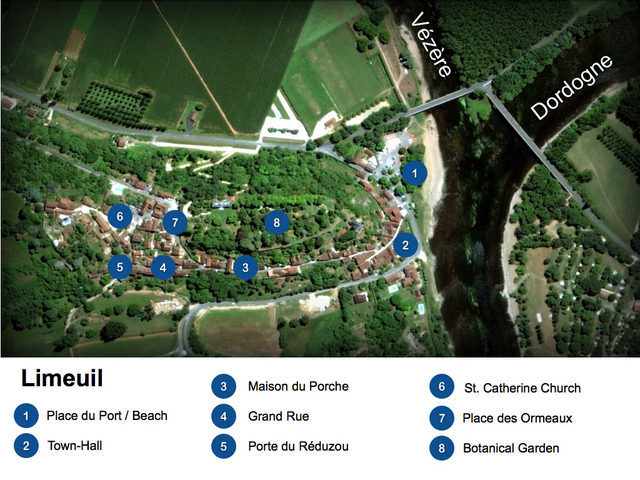 Limeuil comprises two distinct districts: Lower Limeuil (Bas-Limeuil) which clings on the cliff-side and Upper Limeuil (Haut-Limeuil) stretching on the plateau where the castle used to stand.

The square is located at the entrance of the lower town and is separated from the banks of the Dordogne by the river beach. From the Middle-Ages until the end of the 18th century, the harbour square was a busy place where that small boats (locally called Gabares or Gabarres) arriving from the Massif Central unloaded their load of chestnut wood, cheese, wool, and leather. The goods were stored in the “Chai” warehouse before being loaded onto larger barges for transport to Bergerac or Bordeaux. There the wood was made into wine vats and barrels. The boats returning from Bordeaux carried spices, sugar, salt and dried fish from the ocean. The old harbour has now been transformed into a public lawn and river beach.

Bordering the square before entering the lower part of the village stands the “L’Ancre du Salut” (the Anchor of Salvation) with a façade dating back to the 15th century. The inn was the seat of the influential boatmen’s union and is now a restaurant which serves a traditional and authentic cuisine.

The inn is flanked by the old gate archway of Porte du Port dating from the 14th century which marks the entrance to the lower part of town.

On the left of the Porte du Port lie the Town-Hall and its garden. The building was originally a Franciscan monastery. The peaceful garden offers a fine view over the Dordogne River.

The street that climbs the hill connects the lower to the upper parts of town. It is bordered by the former forgery, the weaver’s shop (échoppe de tisserand) and the former school.

The house over the archway is called “Maison du Porche” and marks the limit between the “upper” and the “lower” village. In the Middle-Ages, it has strong wooden doors to prevent attacks. Villagers from the Lower-Limeuil would then take refuge in Upper-Limeuil.

The house standing before the gateway used to be the castle’s stables and have been converted into individual dwellings.

Once in the upper village, the street reach a fork in the road with Grand-Rue to the left and the continuing Rue du Port to the right.

Clearly visible are the “andrones”, narrow gaps between the houses which enabled the disposal of waste water from latrines, sinks and rainwater, and equally acted as fire-breaks.

The ramparts and the Récluzou Gate

The area was inhabited by a community of tenant farmers, labourers and fishermen. During the Middle-Ages, their modest houses were used as a “shield” by providing increased height to the ramparts.

Grand-Rue ends with the second fortified gateway, the Porte du Récluzou. Dating from the 15th and 16th centuries, it is of barrel arch construction faced with a pointed arch on the exterior. More than a thoroughfare, the gateway also marked the limit between the town and the countryside. Next to the gate is the old public drinking fountain.

The narrow little street that climbs the hill to the left of the gate leads to the church. A curious half-timbered arched doorway spans over the street. It is called “Maison de la Justice” (House of Justice) for it is in the room inside the house that petty criminals and inebriated bargemen where held captive while they sobered up!

The St. Catherine Church was dedicated to the Patron Saint of boatmen. It became the official parish church of Limeuil in the 19th century, replacing the smaller St. Martin Chapel down in the valley. Built on the foundation of a 12th century sanctuary, the present church dates back to the 14th and 15th centuries. It is now regularly used by local Anglicans.

A few metres down from the church is the Place des Ormeaux (Elm Square). There stood the covered market hall and the Protestant temple which was pulled down after the revocation of the Edict of Nantes (1685). The disappeared sanctuary is now remembered by a wrought-iron cross on a stone plinth.

The next square, Place des Fossés owes its name to the original defensive ditch outside the walls which protected the castle.

Nothing remains of the feudal castle of Limeuil, except for a few foundations of the old stronghold.

The crenelated building that stands today on the castle grounds was built in 1920 in Moorish style by Fernand Jean Linares, a native from Limeuil who became doctor to the Sultan of Morocco. Linares introduced new plant species to his new oriental-style garden.

After his death, the landscaped garden was left in abandon before being recently rehabilitated by the municipality to become Limeuil’s Botanical Garden.

The Botanical garden of Limeuil

The botanical garden of Limeuil (Jardin ethnobotanique de Limeuil) was founded in 1980 as a collaboration between botanists, ethnologists, and historians to display plants of ethnobotanical importance. Opened to the public in 1992, the visitors can discover different sections of planting representing Prehistoric France, the neolithic era, pre-Roman Gaul, Gallo-Roman culture, the Middle Ages, the Renaissance, and contemporary cultivation.

Limeuil is only accessible by foot through its gateways. There is a vast field turned into a carpark by the river at the entrance of the village.

A heritage trail with educational panels leads the visitor on a discovery tour through the lanes of Limeuil. 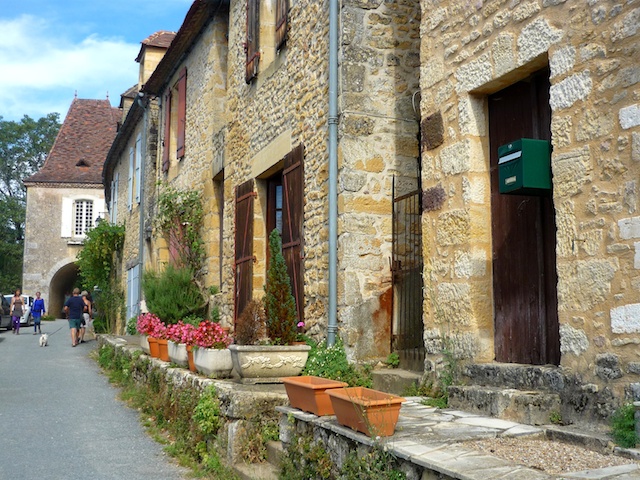 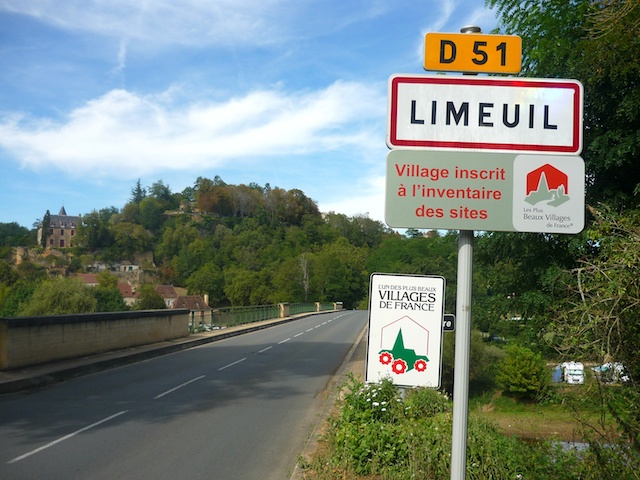 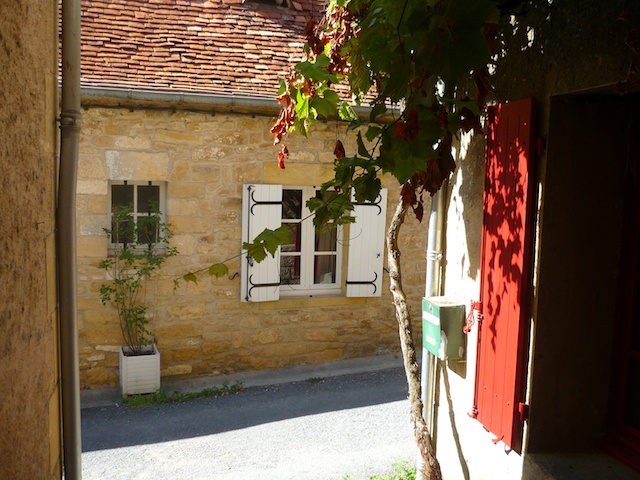 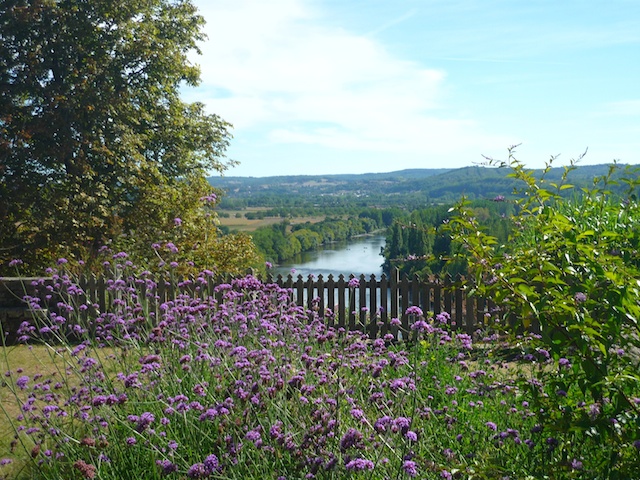 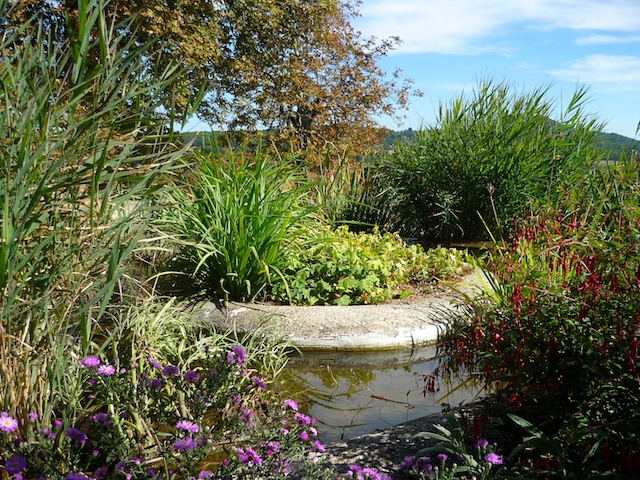 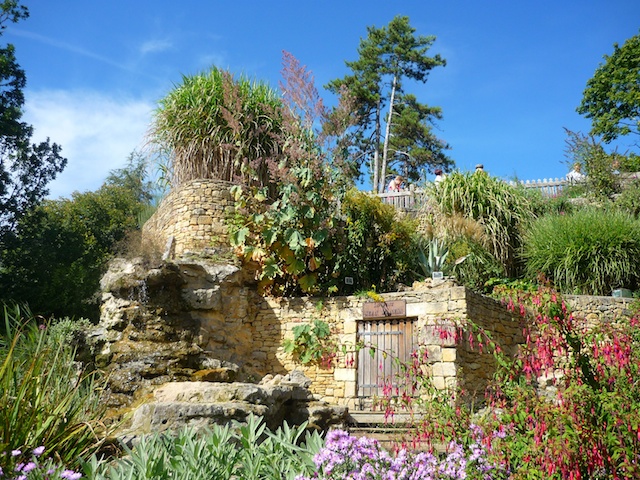 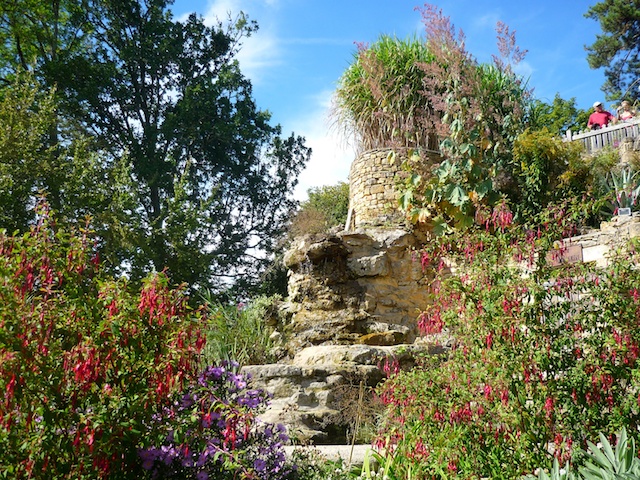 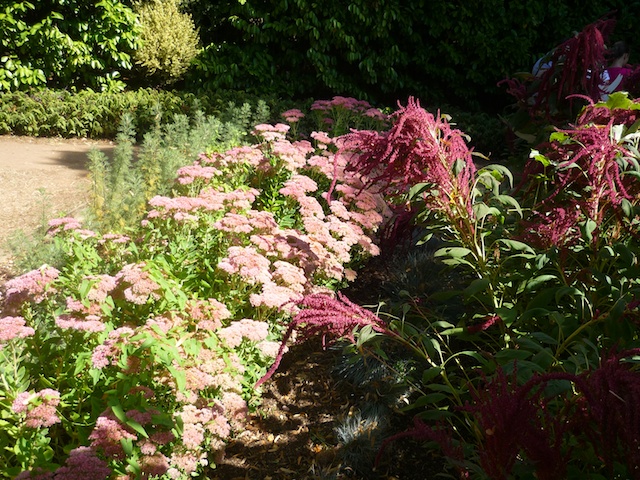