New posts
You are at:Home»Blog»“Let them eat cake”… and oysters!

On the 6th February a group of French in Sydney students had the privilege of hearing Mireille Guiliano present her new book “French Women Don’t Get Facelifts: The secret of ageing with style and attitude” presented by Pages & Pages at the local Mosman Art Gallery.

The event was well attended by a mass of local women (and a few brave men!), no doubt intrigued by the title of her new book. As Mireille admits herself, the book is not really about facelifts, but this generalisation was nevertheless the motivation behind her fifth book which has been long awaited following the success of French Women Don’t Get Fat (2004), French Women for All Seasons (2006), Women, Work & the Art of Savoir-Faire (2009) and the French Women Don’t Get Fat Cookbook (2010). Rachel from French Moments reports. 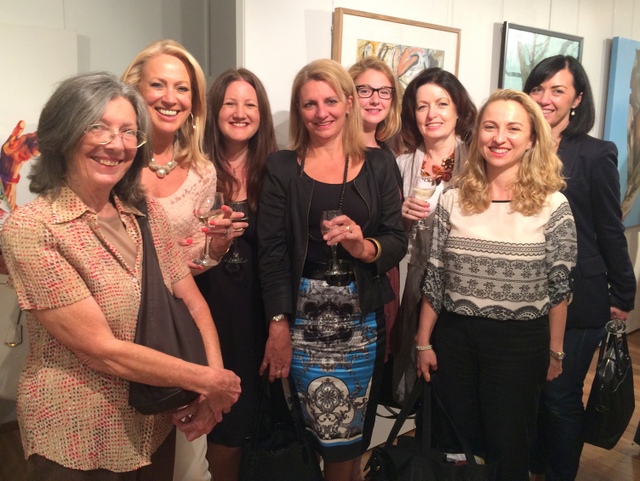 Students from French in Sydney in Mosman © French Moments

I have to confess that when her first title (French Women Don’t Get Fat) came out in 2006 I was very prejudiced against it and didn’t read it for some years. It has since been translated into 39 languages and was a best seller. I joined the trend late in the game when a friend introduced me to the book “Women, Work & the Art of Savoir-Faire, which sparked some interest as I’d worked in the corporate world in France in a very traditional investment bank where it was a man’s world and working as a woman in France was a very different experience to my English and Australian background. I was pleasantly surprised at how much I related to this book and went on to read her other books and giggled my way through some chapters. I love the fact that she advocates eating chocolate, bread and advocates “Let them eat cake” and other treats in moderation. When she describes how French women will eat a croissant or treat and not feel guilty but willfully enjoy life with all it has to offer, it brought a smile to my face. Mireille has found a niche and has poignantly picked up on some key differences between her New York, American life and her other life in France, where she now spends half the year in Provence. Writing from her own experiences she puts a lovely tongue in cheek edge to some myths and truths. True, she generalises … of course there are fat French women, of course not everyone drinks her prescribed leek soup or looks after themselves as they age but she has a point, French women do seem to enjoy life with a certain elegance. 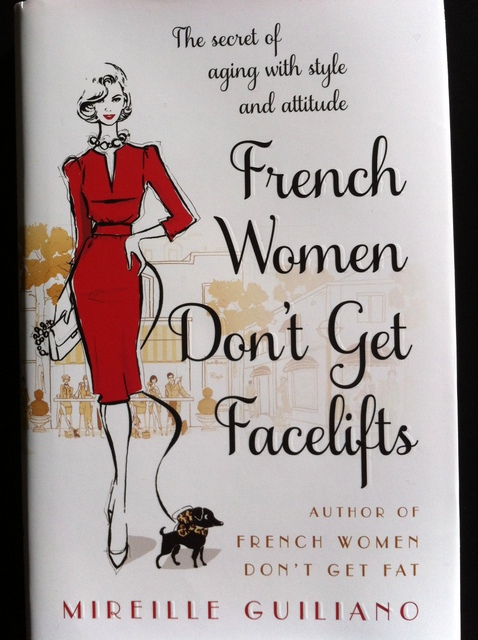 In her most recent book she shares some common sense theories on “ageing with style and attitude”. To quote Mireille she explains the book is “about facelifts in the sense of ageing with attitude and the decision one makes through the decades. It is about “facelift” as a catchall term for dramatic, invasive attempts by women (and men) to suddenly turn back time or significantly alter nature.” Rather than suddenly realizing years have passed and making dramatic decisions to undo time, French women are apparently more skilled at navigating the changing seasons and moving gracefully into old age (which by the way is not until your 70’s or later – depending on your attitude!). They enjoy life and adapt their attire, make-up and routines to stay as healthy as possible and remain elegant. They don’t let themselves go as is more common in the UK or USA. I have to say that I have met my fair share of very unkempt French women and I think one has to think “Parisian” or “urban French women” when imagining a chic and stylish French women of a “certain age”. In France many women smoke and this definitely speeds up the ageing process and gives a hardness to both their voice and overall allure.

In Australia, my impression has been that people do care a lot about their health and the weather definitely makes for a more outdoor sporty lifestyle. Women will easily don lycra and trainers and head outside or to the gym, which isn’t the custom in France. The sun no doubt poses an extra challenge to Australians which Mireille covers in one of her chapters. Sunscreen is a key to staying young when exposing yourself to regular sunshine.

Some surprising truths are also shared including how oyster eating is very beneficial for the “ageing” woman and up there are also spinach, berries, oily fish, avocadoes, bananas, nuts, papayas and eggs which all have super powers in maintaining health and radiating skin. 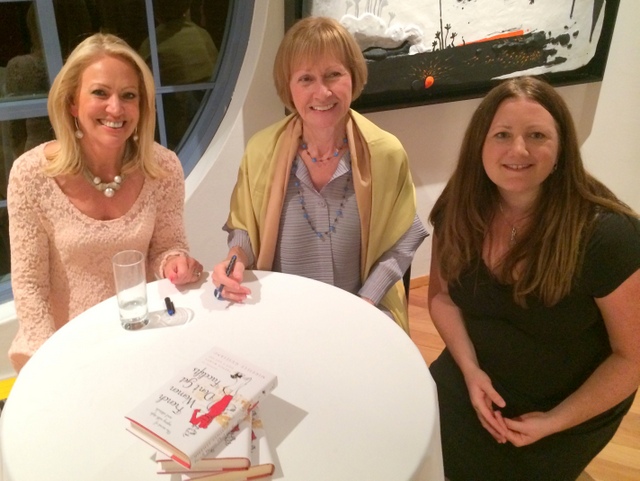 Mireille describes the book she has written as a gardening book and likens ageing well to tending your garden and questioning periodically how you are doing in all the different areas. She ends with a list of 50 questions to help us check and assess where we are at and what needs some attention.

Many of the tricks and tips she shares are not super expensive and can be adapted for different budgets. Although some have criticised the book I personally have found it full of interesting ideas and although much of it I knew, there are always new things to learn or different ways to think about something. For me, reading the book gave me time to think about myself … a little luxury moment to reflect on how I’m doing, smile at Mireille’s lovely humour and ponder which creams she has just given me an excuse to go out and buy (!), and although I don’t think I can face overcoming my dislike of oysters I do still intend to age with style and attitude!

Pierre is a French/Australian who is passionate about France and its culture. He grew up in France and Germany and has also lived in Australia and England. He has a background teaching French, Economics and Current Affairs, and holds a Master of Translating and Interpreting English-French with the degree of Master of International Relations, and a degree of Economics and Management.