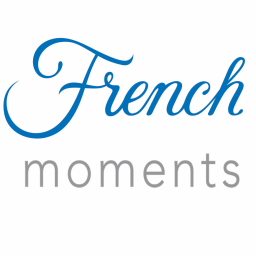 “La Rochelle : belle et rebelle“, as the saying goes. The French city of La Rochelle is a seaport located on the Bay of Biscay, a part of the Atlantic Ocean. The old harbour opens into a strait that has been protected over centuries: the Pertuis d’Antioche.

For ten centuries, La Rochelle liked to be different: democratic ahead of its time, protestant when the rest of France was catholic, the “rebel” city is still a stop not to be missed when you travel through France!

Headcity of the Charente-Maritime département, its old town has maintained a rich and well-preserved architectural heritage, which makes La Rochelle one of the most dynamic and attractive cities on the Atlantic coast, alongside Bordeaux and Nantes. Its main attraction, le Vieux Port (Old Harbour), is at the heart of La Rochelle. Enclosed by its mighty medieval towers (Saint Nicolas and La Chaîne), the picturesque harbour is now lined with seafood restaurants and bars.

Although an average sized town of 80,000 inhabitants, La Rochelle has kept strong links with the sea with the presence of Europe’s largest marina for pleasure boats at Les Minimes.

Stroll around the city walls for an evening promenade at the end of a warm day and you will understand the magic of La Rochelle! 1. Starting at the Tourist Office

Near La Rochelle Aquarium, the Tourist office is our departure point for this walk. Here you can find all the information, maps and guides you need. Also, you may want to book a guided tour of the city, or just a visit to one of the many monuments.

Standing with the tourist office behind you, turn left, and then left again to Quai du Gabut and towards Saint-Nicolas Tower.

This is one of the La Rochelle’s famous towers and a part of the famous seascape.

In 1345, the French kingdom ordered a tower to be built at the entrance to the harbour. Unfortunately, due to the swampy soil, the foundations of the building began to subside. Then, because of the war and the return of the English command, construction work was postponed. At the end of the Hundred Years War, the French architects decided that they couldn’t do anything about the angle of the tower, only strengthen the foundations so that they never collapsed. Today you can still admire the angle of the tower!

In 1376 the 42-meter high tower was completed and manned by soldiers in order to protect the entrance to the harbour. It symbolized the power of the city.

3. La Grosse Horloge (the Great Clock or the Town Clock)

The Great Clock was originally one of the main doors of the medieval surrounding walls. It was used to separate the harbour from the town. It was the only way to access the district of the “Parrot” (or, as known today, Perrot), which explains its former name “door of the Parrot”.

Beforehand, the tower had no clock. The campanile was added to the tower in 1478, with the famous bell which gave the name of the Great Clock.

The base of the tower dates from the 14th century, and originally presented two openings: one for pedestrians and one for horse-drawn carriages. They were reduced to a single arch in 1672.

During the reign of Louis XV, the top of the gate was rebuilt into a dome to represent military and scientific elements.

Continue straight down on the rue du Palais.

The arcades, which give the city this its picturesque look, date mostly from the 14th and 15th centuries. They were the main feature of a commercial city, where traders could sell their products and be protected from the bad weather at the same time. In return, they had to pay a tax to the city to settle under this stone roof.

Look to your right. You will see two beautiful buildings.

Maybe one of the most complex monuments of La Rochelle, the stock exchange was built in the 18th century, at the apogée of the city. Its courtyard is clearly a tribute to the sea, with a wind-compass rose and numerous low-reliefs showing anchors, a sextant (a sea measuring device) and oars. At this time, the maritime trade was the reason of La Rochelle’s wealth and development.

The beauty of the monument is from the perfect accuracy of the proportions and their simplicity and harmony.

Since 1760 it has been the headquarters of the Chamber of Commerce.

Close by the Stock Exchange, you will find the Law Courts, similar in style to their neighbour.

The Courts were completed at the beginning of the Revolution. You can see inscribed, when looking at the façade, “Temple for Justice under the reign of Liberty and Equality, year II of the French Republic”.

Continue straight, on Rue du Palais, and then Rue Chaudrier. You will pass first the steeple of the cathedral at the junction of rue Pernelle and rue Aufrédy. Continue a little further and you’ll face the whole Cathedral, on Verdun square.

La Rochelle Cathedral should have been built just after the siege of the city, as a symbol of the victory for the Catholics but the construction only began more than a century after, in 1742, long after the architect Jacques Gabriel died.

Opened in 1784, the Cathedral has, however, never been finished and the two steeples have never been erected.

Nevertheless, you can visit it for its beautiful cupola, adorned with paintings of William Bouguereau; and then go to the gothic Saint-Barthélemy steeple, outside the cathedral. At the junction of rue Pernelle and rue Aufrédy, this steeple belonged to the former Saint-Barthélemy church which was on the site of the cathedral but destroyed in 1687.

After visiting the Cathedral, you can turn back on rue Chaudrier for a few meters. Then, turn left on rue des Augustins.

The name of the “house” was inspired by the style of Henri II. It was designed in 1555 for Hugues Pontard, who was the prosecutor of the king. This beautiful building is actually not a house! Behind the ornamented façade, you can see galleries with sculptured ceilings and a sumptuous overhanging garden.

Just at the end of the street, you can’t miss the great Town Hall, on your left.

This magnificent building is in the centre of the city. Dating from the 15th century, it is in the Renaissance style and protected by Gothic surrounding walls. The front shows statues, carvings and gargoyles.

In the elaborate courtyard, notice the statue of Henri IV. Then climb the stairs to access the campanile and the dome with the beautiful statue from Le Béarnais within.

The inside is as spectacular as the outside, with the Feast room, or the office of Jean Guiton, one of the most famous mayors of La Rochelle.

You may wish to visit the Town Hall with the a tour guide who will help you to understand how this building sums up the history of the city.

After visiting the Town Hall, continue on rue Saint-Yon or under the arcades of the rue des Merciers where you can take time for a bit of shopping. At the bottom of these streets, you will be aware of the delicious aromas coming from the market, in front of you.

In the heart of the town, the market district is a meeting point for La Rochelle inhabitants and for tourists. Here you will find delicious local products: vegetables and fruits, fish and seafood, as well as the local alcoholic beverages of Pineau and Cognac.

After you have enjoyed the market, turn back to Town Hall by one of the two commercial streets (Merciers or Saint-Yon). Stroll along the street, passing by Town Hall, and continue until Place de la Caille.

The former 12th century church was destroyed by a fire in 1418 and only the steeple remains from this medieval building. The first reconstruction was totally destroyed, again, during the first protestant revolt in 1568. The second reconstruction, during the 17th century was, once again, partly destroyed by a fire. The front was preserved and over three centuries the church was rebuilt.

After visiting the Church, you may either want to turn back to go shopping on rue du Temple, or walk along the harbour by Quai Duperré. And then spend the evening in the Saint-Jean du Perrot district.

From the Great Clock, stroll along the Cour des Dames. In summer, you may even walk in the little market, or hear, at the beginning of July, the music from the concerts during the Francofolies festival.

You will arrive at the foot of the Chain Tower. From here to rue Saint-Jean du Perrot and rue des Murs you’ll find many bars, pubs and restaurants. Some are the best of La Rochelle and others are simpler but good. You will also have the opportunity to buy a crêpe, ice cream or waffle to take away.

Then stroll along the ocean front, walking between the Chain tower and the Lantern tower.

A few years after Saint-Nicolas Tower was finished, the construction site of the Chain Tower began in 1382. It was named according to the function it was about to have: to support a chain between the two towers to prevent access to the harbour of any enemy ship. The famous chain, if unused, is still carefully kept at the foot of the tower.

Walk along the ocean front, on the Esplanade Saint-Jean d’Acre, heading to the Tower of the Lantern.

It took about 30 years to build this 72 meter high tower In the 15th century. It was, originally a lighthouse but was also used as a prison. Two events in the history of the prison gave the tower names other than “the Lantern”.

In 1568 thirteen Catholic priests were killed and thrown from the tower, thus the appellation, Tower of the Priests.

During the Restoration (1814-1830, period when the Monarchy was restored after the downfall of Napoleon), 4 sergeants from La Rochelle (Bouries, Goudin, Pomier and Raoulx) were suspected of plotting against Louis XVIII. They were imprisoned in the Tower of the Lantern before being executed, thus the name “the Tower of the four sergeants”.

The Tower was the last medieval lighthouse of the Atlantic coast. You can climb the stairs and admire graffiti left by prisoners over the centuries.

You still have time? You are not far away from the Concurrence beach. Even if it is not the most beautiful of La Rochelle’s beaches, it is a nice place to enjoy the sunlight. So, after the tower of the Lantern, take the little street “Rue des deux moulins”, cross the little bridge over the stream and look to your left. You are at the beach!

How to get to La Rochelle?

The TGV from Paris Gare Montparnasse to La Rochelle takes about three hours. There are car rental services at the station.

La Rochelle is located on an express regional line which links Nantes to Bordeaux.

La Rochelle Airport is served by Airlinair (Air France), Ryanair, Flybe, and Easyjet with several connections to the UK.