The ship-shaped island is the historical heart of Paris which was known as Lutetia (Lutèce) during the Roman era. With its banks on River Seine, it contributes to the romantic atmosphere of Paris, particularly when seen from Pont des Arts or Pont de la Tournelle.

The Île de la Cité: a bit of History The history of the Île de la Cité is closely linked to that of Paris for it was there that at the time of Julius Caesar lived a small Gallic people. Known as the Parisii, the Celtic tribe inhabited the island known as Lutetia (Lutèce in French) and eventually gave its name to the town in 360 AD.

The history of Paris is in turn closely linked to the Seine River which was at the time much wider and less deeper than it is today. The River was a communication way which allowed the emergence of a profitable trade. In addition, the island was ideally situated as it gave a convenient crossing of the Seine between the North and the South of Gaul.

From the tribe rose a powerful corporation which would play an extending role in the politics and economy of the city for many centuries to come: the Guild of the Boatmen (Nautes Parisiens). Gaining their wealth from river trade by charging tolls for the transportation of goods on the Seine, they gained so much power that the administration of the municipality of Paris was conferred to them in 1263. They gave Paris its coat of arms: a silver vessel which sails fiercely over the waters with the famous motto, “Fluctuat nec mergitur” (“She is tossed by the waves, but does not sink”).

Remains of the Roman presence in Lutetia can be seen beneath the parvis facing Notre-Dame Cathedral where a defensive Roman wall was discovered.

In the 5th century, Clovis had a Merovingian Palace built in the location of the Palais de la Cité for his royal residence. The first cathedral of Paris was built by his son Childebert I in the 6th century. 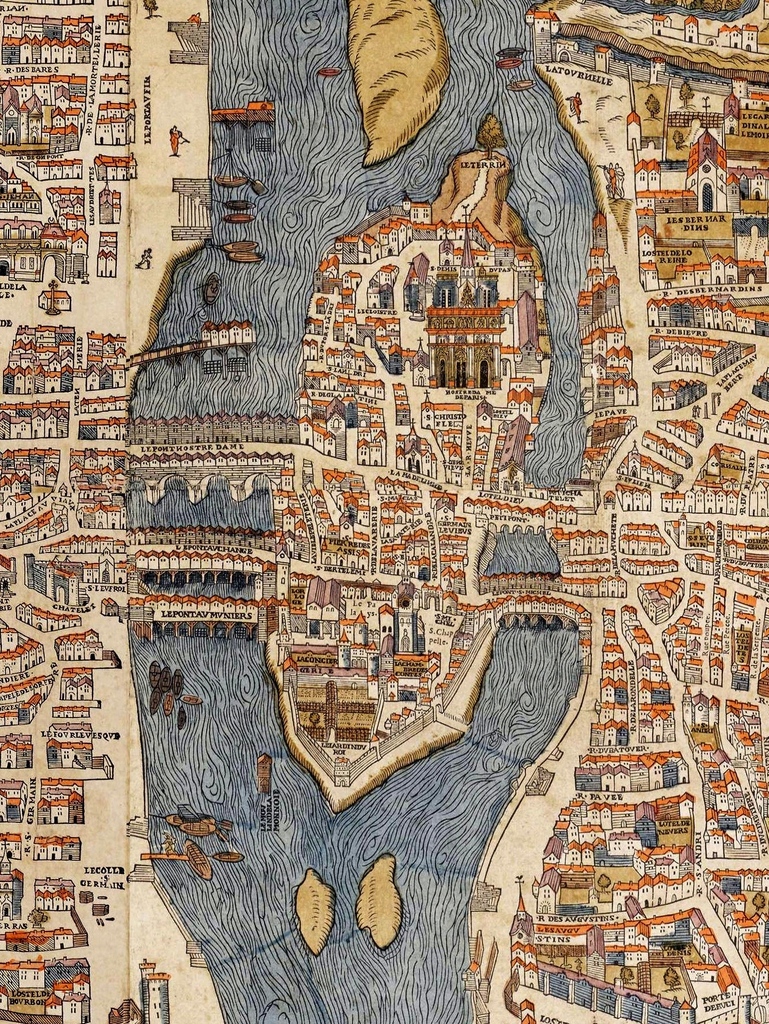 The first Kings of France contributed in making the island the home of royal authority, church and law. From the Middle-Ages, the Île de la Cité has kept three major medieval monuments: the Conciergerie, the Gothic Sainte-Chapelle and Notre-Dame Cathedral.

From the Middle-Ages until the mid-19th century, the island was a maze of muddy and narrow streets. Only a few streets are a reminder of this era which are found in the north-eastern side of the island: the Cloître Notre-Dame which includes Rue Chanoinesse, Rue des Ursins and Rue des Chantres. 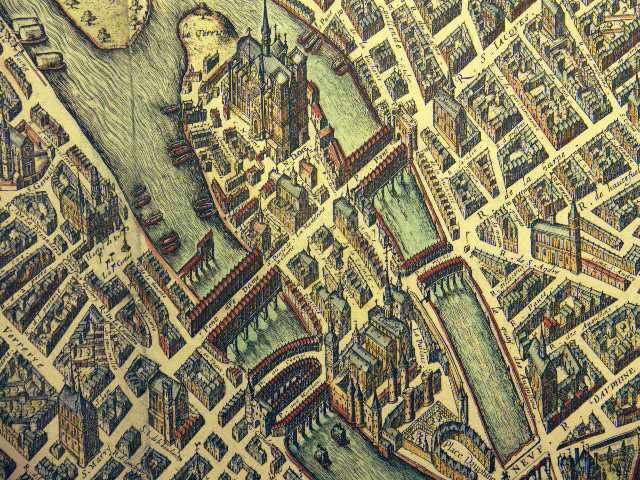 In the mid-19th century, Baron Haussmann radically got rid off the medieval aspect of the Île de la Cité by pulling down houses, hospitals and churches and opening wide avenues. From 43 streets existing in 1300, only 20 are numbered today.

Today, the Île de la Cité remains the heart of Paris and all road distances in France are measured from the Point Zéro mark located in the Place du Parvis de Notre-Dame.

The Île de la Cité and Île Saint-Louis are Paris’ two remaining natural islands in the Seine. The island is linked to the Right and Left Banks by eight bridges, and a ninth leads to the smaller Île Saint-Louis.

The main monuments and landmarks on the Île de la Cité: 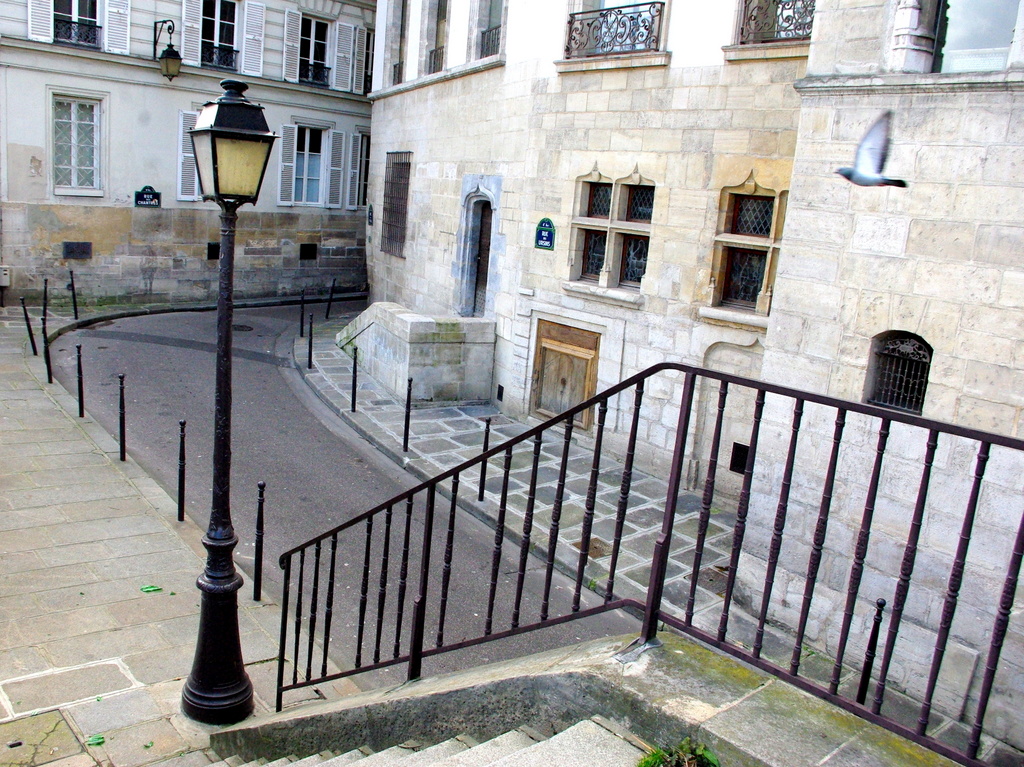 There are a few squares and parks in the Île de la Cité worth mentioning:

The Virgin Fountain and chevet of Notre-Dame © French Moments