The monumental building housing the Grand Gallery of Evolution stands at the end of the formal garden of the Jardin des Plantes in the 5th arrondissement of Paris. The gallery is part of the National Museum of Natural History and is very popular among both children and adults. In the years 1994-2014, more than 13 million visitors came there to discover the stunning collection of naturalised animals, one of the largest in the world.

About the Grand Gallery of Evolution

The monumental 19th century glass-domed building features thousands of naturalised animals that seem to come to life thanks to a clever scenography with lighting effects, sounds and musical sequences.

The Grand Gallery of Evolution (Grande Galerie de l’Évolution) displays only a small part of the great historical collections of the former Gallery of Zoology: 9,500 specimens are on display out of 75 million kept by the museum (including 40 million insects, 1 million of fish, 80,000 birds and mammals). The gallery and its glass roof reaching 30 metres above the ground floor first opened in July 1889 just a few months after the inauguration of the Eiffel Tower.

Closed in 1966, the gallery and its monumental hall were renovated in 1991. Reopened in 1994, the current permanent exhibition extends over 6,000 m2 in four levels with level -1 dedicated to temporary exhibitions. The permanent exhibition of the Grand Gallery of Evolution is displayed in four levels, with levels 2 and 3 in the balconies.

Visitors are invited to explore the diversity of animal species that inhabit the watery realm of the seas. Many animals species that live on land can be observed, from the tropical forests of the Americas to French nature reserves and wildlife, and from the Sahara desert to the Arctic and Antarctic. The African Savannah is the highlight of a visit to the gallery due to its famous caravan of antelopes, buffalo, elephants, girafes, lions, rhinoceros, and zebras. The exhibition on the middle balcony in level 2 explains how human activity has changed and continues to change the course of life to a greater extend. On the side of the balcony, a dark hall shows specimens of endangered and extinct species such as the dodo. Level 3 – The evolution of life

The highest balcony of the gallery introduces the great naturalists that contributed to the understanding of life history (Buffon, Lamarck, Cuvier, Geoffroy Saint-Hilaire, Darwin…). It also explains the mechanisms of evolution. 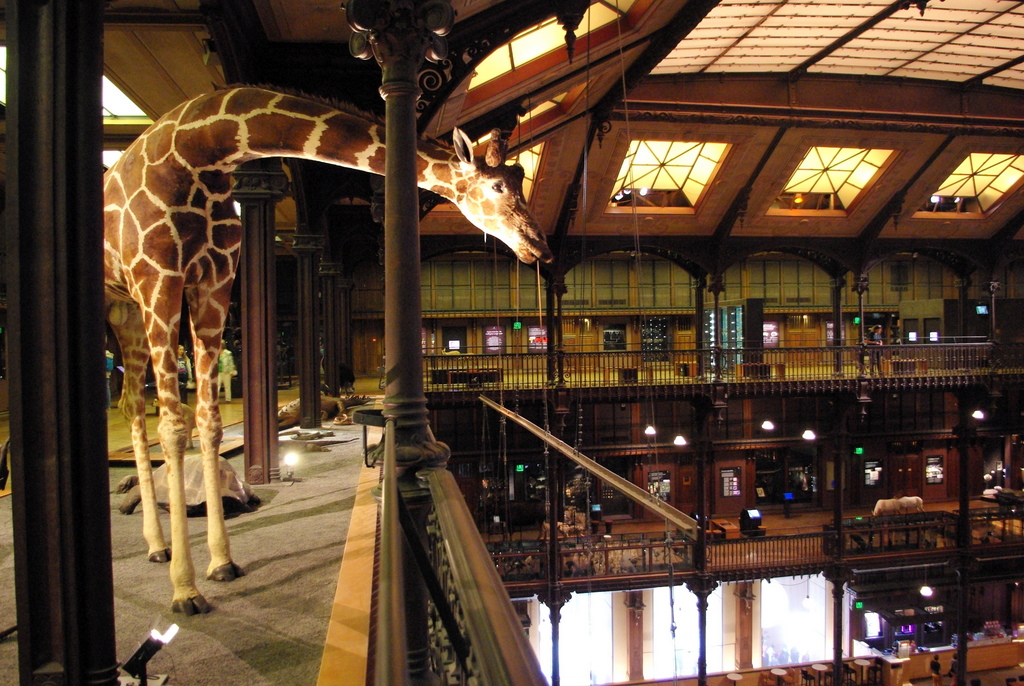 A skilful scenography with lighting effects, sounds and musical sequences enhances the display of the collections set under the monumental 19th century glass-roof. It recreates the stages of the day, from sunrise to sunset punctuated with sunny and rainy episodes. 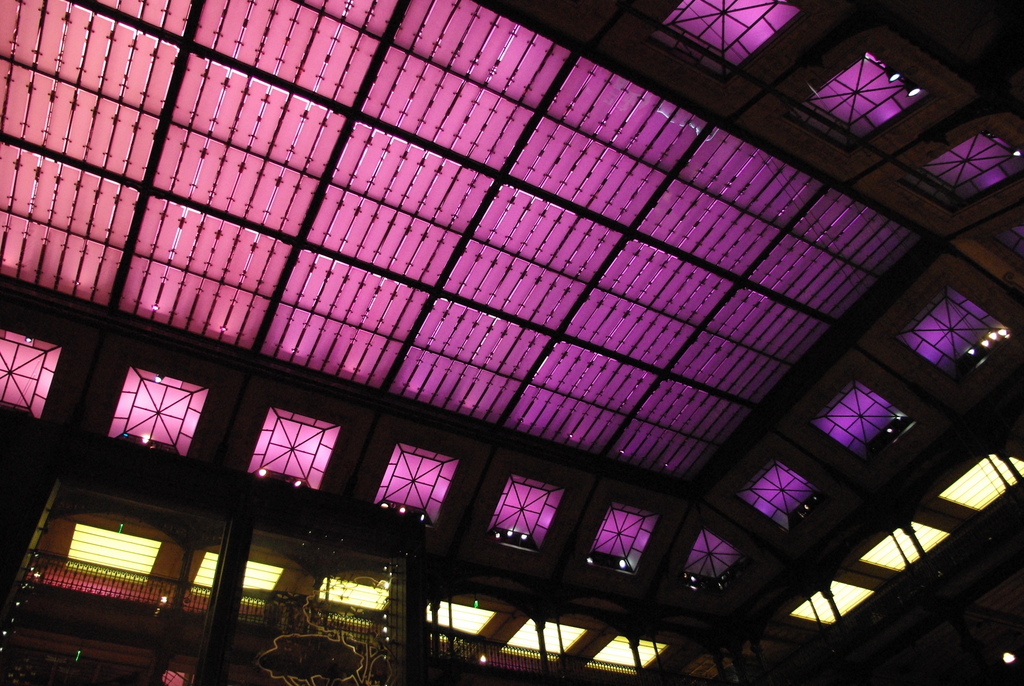 The animal on display are fragile and should not be touched. Photographs are allowed if without flash and tripods.

For more information about the opening hours and fees of the Great Gallery of Evolution, visit the official website.