When you want to understand the features of a Gothic cathedral or church, you can find a lot of information on the web. However, there are two reasons why books are still a good option. First, I am myself very fond of reading a paper-based document. Second, not everything is (yet) discoverable on the internet… Books offer more specialised info with high-quality illustrations you rarely get online. This little selection of my favourite Gothic art books will definitely help you if you’re visiting a Gothic church in France or just want to learn more from your armchair!

My selection of the best books about Gothic art

There is a lot of resource available in your local or online bookstore. The problem is: what book to choose from?

By the way, choosing a book is often a personal action. You may like the look of the cover, whether it is paperback or hardcover. Maybe like me, you are sensible to the quality of illustrations… and when the reading is too technical… well, you just read diagonally (hoping it will get easier later!!)

What comes next is a short selection of my favourite books that you can order online (I’m not looking for books that can only be found by chance at a flea market or which are not published anymore).

Let me know what are your favourite Gothic Art Books by filling the comment box below! Who knows… I may have missed listing a really good book!

What is Gothic art in France?

But before we start the list, I just want to clarify what we are talking about when we use the word ‘Gothic‘.

You’d have already guessed it’s not about wearing black clothes, to dye your black while listening to good old metal.

One of the earliest Gothic churches was built by Abbot Suger to the north of Paris: the basilica of Saint-Denis.

In the following centuries, Gothic art would spread to all of the country and Western Europe.

It’s important to note that, even if Gothic is often referred to architecture, it also encompasses painting, sculpture, glassware, and printmaking…

The word Gothic was not the one used in the Middle Ages to describe the artistic movement. It was then known as the “Opus Francigenum“, that is the French Art or French Work.

“Gothic” was first used in a letter to Pope Leo X by Raphael in 1518. And it was not in a positive way. In fact, the painter had “Barbaric” in mind, and therefore used it pejoratively.

Then, a few years later, in 1530, another Italian artist and writer, Giorgio Vasari, described Gothic art a “monstrous and barbarous… disorder“.

But the perception toward Gothic art changed in the 19th century, at least in France.

An other artistic era started: Gothic Revival or neo-Gothic.

In 1816, French scholar Alexandre de Laborde wrote that “Gothic architecture has beauties of its own“.

The following year Victor Hugo published a historical romance novel The Hunchback of Notre-Dame. It starred not only Esmeralda and Quasimodo but the Gothic cathedral of Notre-Dame de Paris. The fiction was a huge popular success.

From the 1840s, French architect Viollet-le-Duc restored most of France’s symbolic churches and castles in France, including Notre-Dame de Paris, the abbey of Vézelay, Carcassonne, Mont Saint-Michel, Pierrefonds Castle and the Popes’ Palace in Avignon.

This is definitely the book I recommend if – like me – you love everything about Gothic such as churches, gargoyles, stained glass, flying buttresses and so much more. In fact, this is my favourite of all the Gothic Art Books of this list… 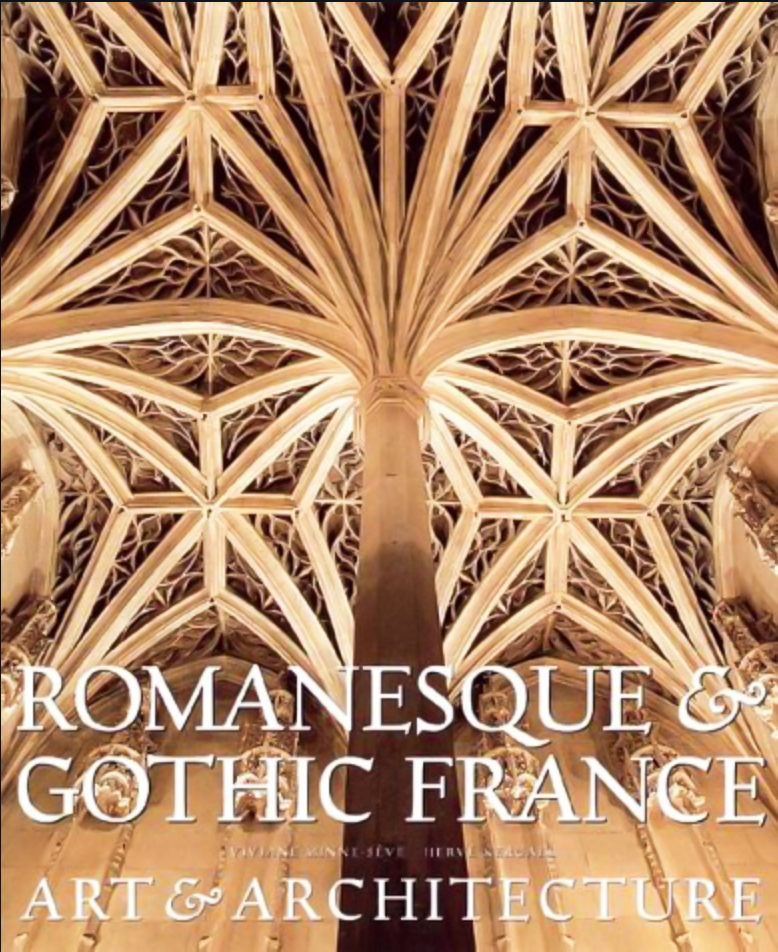 This great book is tells about the history of Romanesque and Gothic art across France, and focuses in particular on architecture and sculpture.

It also includes a good review of ecclesiastical structures, paintings, manuscripts, and stained glass, while putting each landmark in its historical setting.

A great resource for those doing school reports on cathedrals and churches in France (I particularly like the glossary!).

Gothic Cathedrals: A Guide to the History, Places, Art, and Symbolism by Karen Ralls PhD 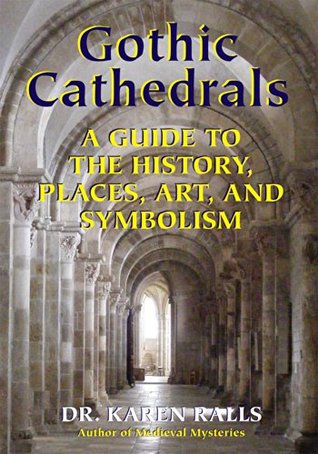 In this book the author – a medieval historian – leads us to the glorious medieval times of the Gothic cathedrals.

This study focuses on the artistic beauty and expert craftsmanship which have served for centuries to inspire feelings of spiritual reverence and aesthetic wonder. The author included the study of: Instead of presenting the visible spires and arches in Gothic cathedrals, this book focusses on down-to-earth architectural details that are sometimes overlooked by visitors:

tympanum sculpture, gargoyles and chimeres, heads, capitals and other compositions, or woodwork.

You’ll learn a ton of things about Gothic churches and will want to explore them in turn!

Gothic cathedrals and church on the blog!

Finally if you are looking for more precise info about particular cathedrals and churches, check out my pages! Here’s a selection of Gothic sanctuaries we’ve been working on:

In the north-east of France (Grand-Est)

South of the Loire