The little town of Dambach-la-Ville (pop. 2,000) lies on the eastern slopes of the Vosges, in the département of Bas-Rhin (Alsace) between Sélestat and Obernai. The fortified town with its old half-timbered houses overlooks the Plain of Alsace and is a reputed stage along the Alsace Wine Route.

Dambach: a bit of History

The first mention of Dambach-la-Ville (Tambacum) dates from 1125 and it is believed the site was occupied during the Gallo-Roman era. It had been a possession of the bishop of Strasbourg since 1029. The town became a fortified episcopal city in the 12th century with the construction of the ramparts. During the Middle-Ages, the economy of the town was dominated by the wine business: production and trade of wine, and barrel making. In 1444, the town was besieged by the Armagnacs led by the Dauphin Louis XI who hurt himself. The bishop of Strasbourg offered him two beautiful harnessed horses to save the town from destruction.

The Peasants’ War in 1493 was led by Jakob Hanser from the neighbouring village of Blienschwiller who occupied Dambach. In 1525, another peasant rebellion damaged the sanctuaries of the town.

During the Thirty Years’ War, Dambach-la-Ville resisted the assaults of the Mansfeld army (1622). In 1632, the town surrendered to the Swedish army and was spared from destruction.

In 1648, Dambach-la-Ville became French following the signature of the Treaty of Westphalia. From then on, the town and its surroundings shared the destiny of Alsace. The old town of Dambach The old town of Dambach-la-Ville is situated within the medieval walls. It includes several well-preserved buildings from the Middle-Ages and the Renaissance era. The narrow streets are lined with flower-decked half-timbered houses, wrought-iron shop signs and fountains. The Saint-Etienne church and its soaring spire were rebuilt in 1865 on the site of a former Baroque church that had been struck by lightning in 1862. The Town-Hall dates from 1547 and was built in the Renaissance style. The Stockburne is also known as the Bear Fountain (Fontaine de l’Ours). The octagonal-shaped fountain has stood there since 1542. It is topped by a bear carrying a jug. The bear is part of the town’s coat of arms alongside a fir tree. It refers to the Bernstein Castle (the bear’s rock). 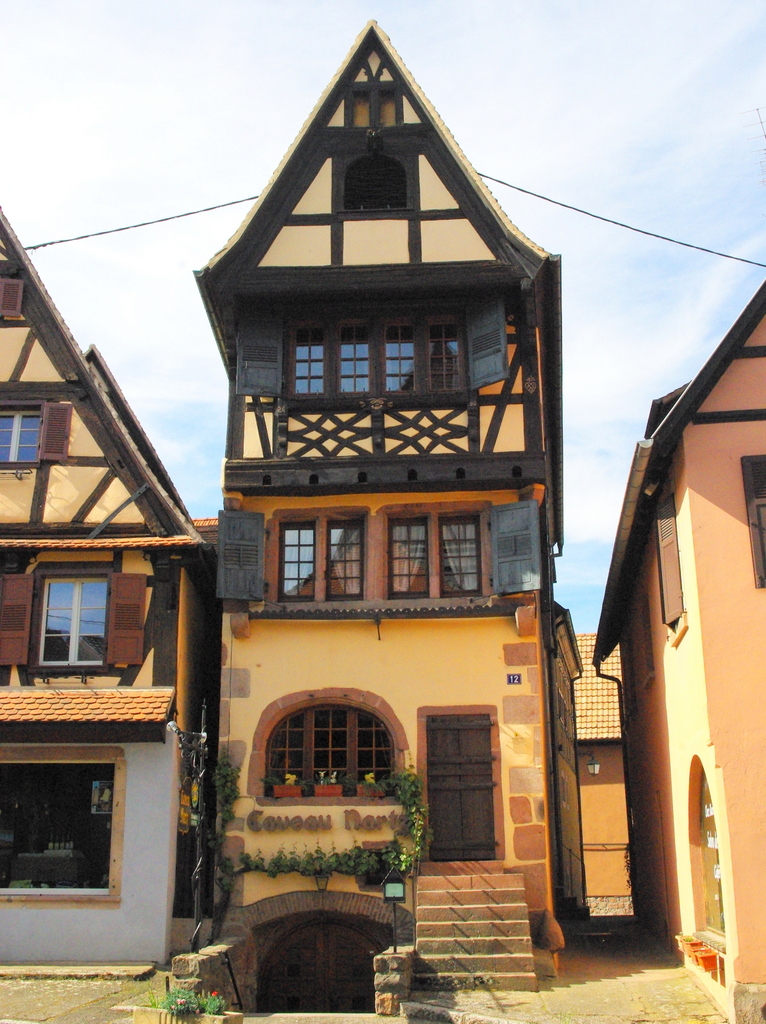 The narrow and tall half-timbered house is one of the town’s most famous landmarks. The ‘Maison du Sabotier’ dates back to 1686 and bears the initials AS which are those of Alexandre Sermonnet, a trader native from Savoy. 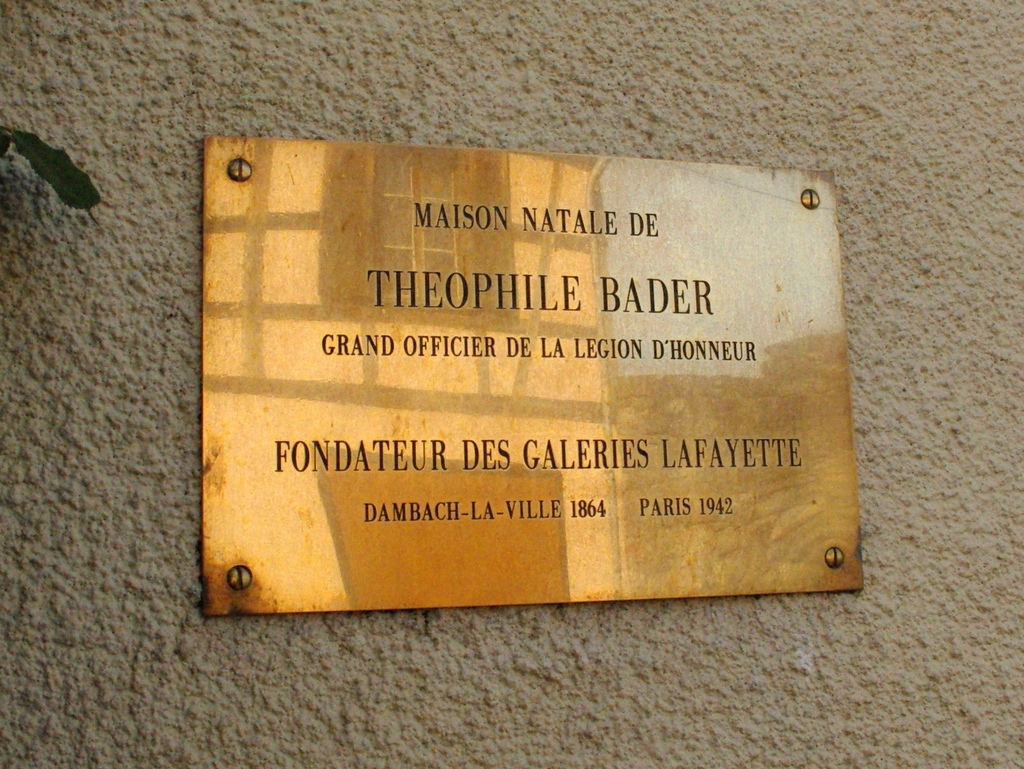 Théophile Bader, the founder of the famous Galeries Lafayette department store in Paris, was born in Dambach-la-Ville. The street where his native house is found was named after him.

The construction of the fortifications of Dambach-la-Ville started in 1325 and ended under the reign of Berthold II of Bucheck (1328-1353), bishop of Strasbourg. Three gates out of four are still standing today: the Dieffenthal, the Ebersheim and the Blienschwiller gates.

The Blienschwiller Gate (or Grendelthor) was built on the site of an old wooden fence (Grendel). 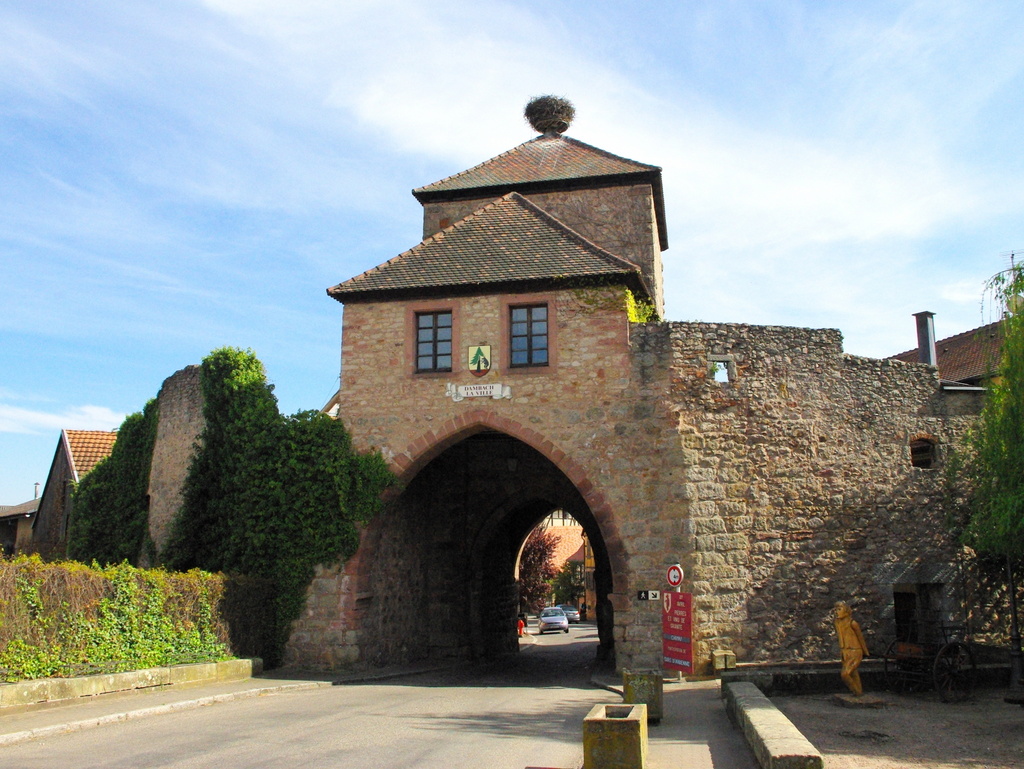 The Ebersheim Gate (or Unterthor) is a keep tower built in granite. An inscription on the inner side of the gate mentions the date of the first stone laid: 12/07/1323. 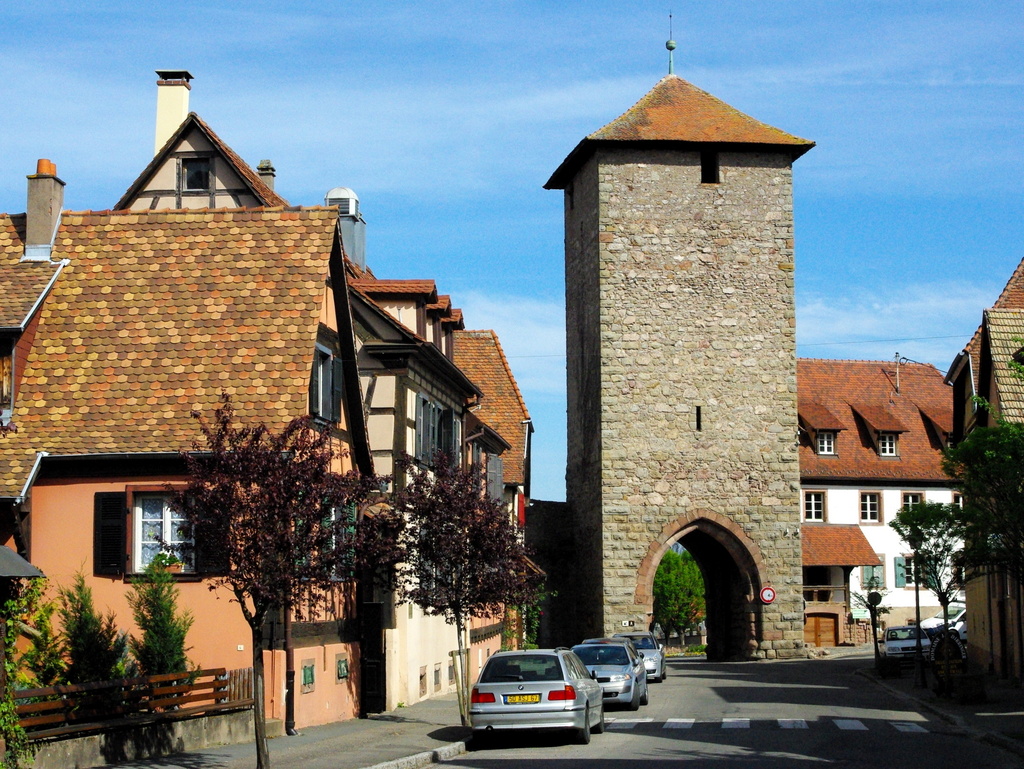 The Dieffenthal Gate (or Neuthor) is the most recent of the three. It was built in granit with a pointed arch of pink sandstone. 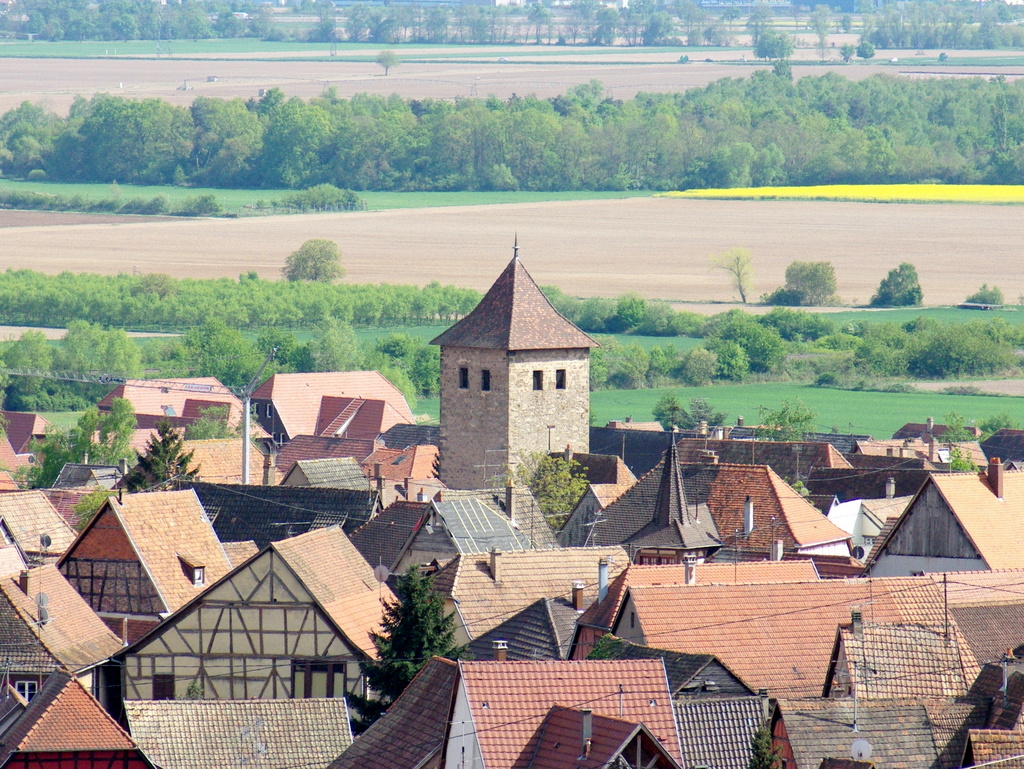 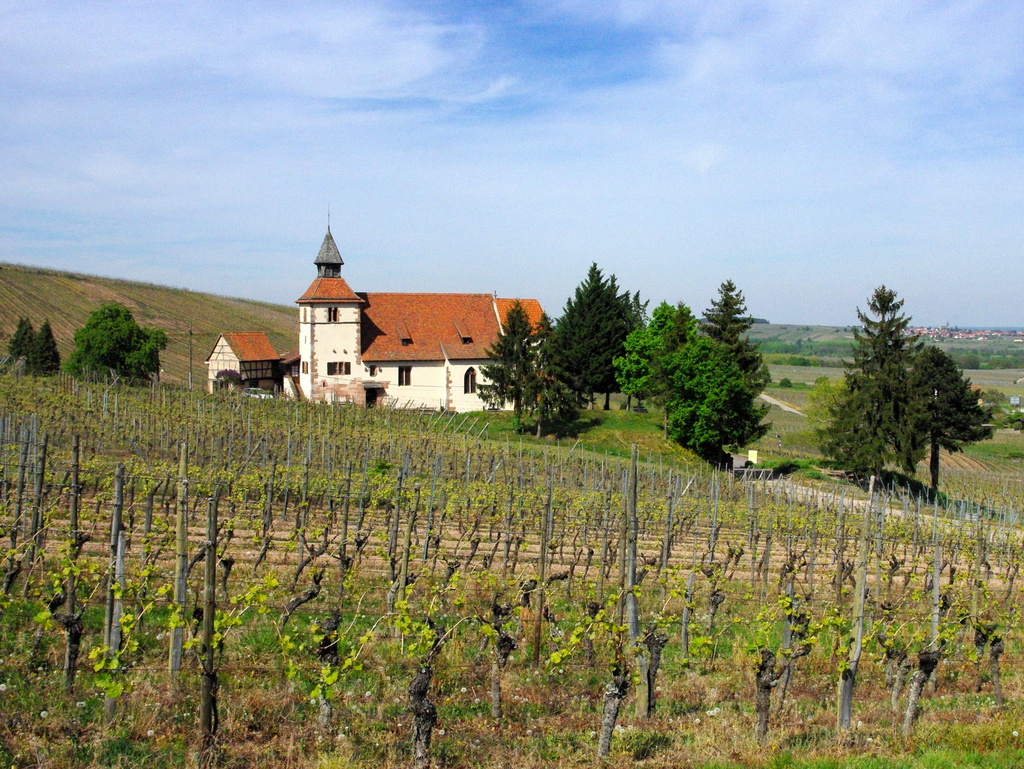 Surrounded by the vineyard, the chapel was once the parish church of the extinct village of Oberkirch. Its was built in several stages: the bell-tower is of Romanesque style, the chevet is in Gothic and the windows from the Renaissance. It offers splendid views over the rooftops of Dambach-la-Ville, the fertile Plain of Alsace and the Black Forest mountain in Germany.

The Vineyards of Dambach Dambach-la-Ville is known as one of the largest wine-growing towns in Alsace with a vineyard extending to 450 hectares.

Covering an area of 56.20 hectares, the famous Frankstein Vineyard is classified as Grand Cru and produces a wine of great renown.

Dambach-la-Ville is a popular stage along the Alsace Wine Route, a scenic itinerary running alongside the vineyards on the foothills of the Vosges.

The castle in ruins stands on a granit rock in the mountain of Dambach, between the valley of Villé and the plain. The Bernstein castle was built at the beginning of the 12th century and was conquered by the Bishop of Strasbourg in 1227. It has kept beautiful Romanesque twin windows.

Read more about the region of Alsace.