Last weekend we visited the historic town of Conflans-Sainte-Honorine, 25 kilometres to the north-west of Paris in the Yvelines département. The town prides itself on a strategic position at the confluence of the Oise and the Seine rivers. Relax in the waterside cafés while watching the constant flow of cruise boats and barges.

About the name of Conflans-Sainte-Honorine 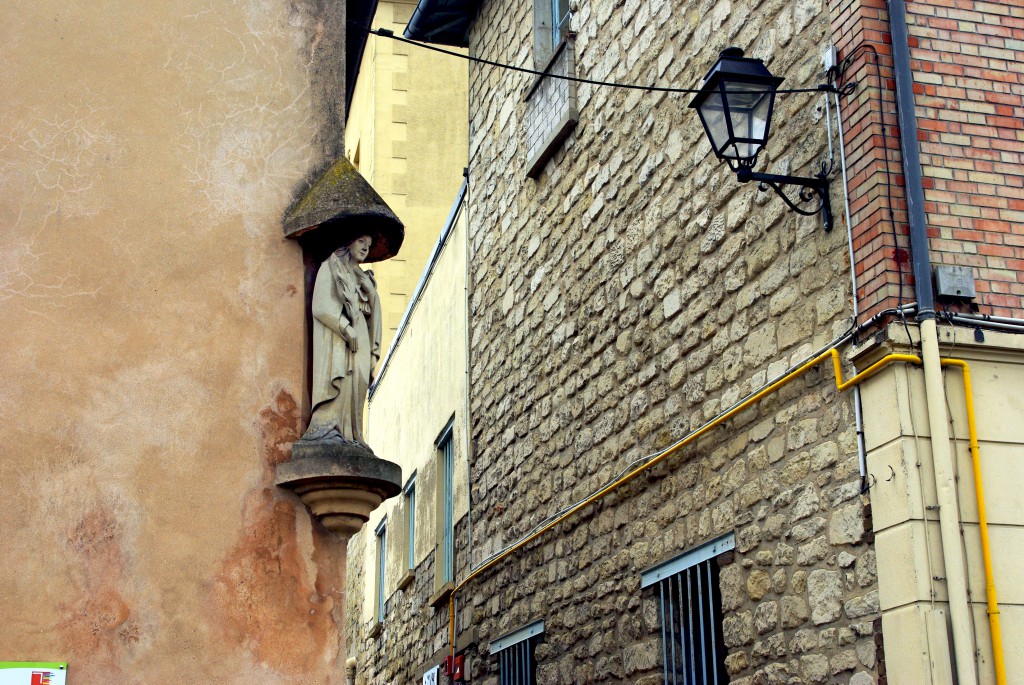 The name of Sainte-Honorine was added circa 1200 and refers to St. Honorina who is the oldest revered virgin martyr of Normandy. Legend has it that her body was thrown into the Seine near Le Havre and drifted to the site of Conflans-Sainte-Honorine. There it was collected and buried by the Christian community. 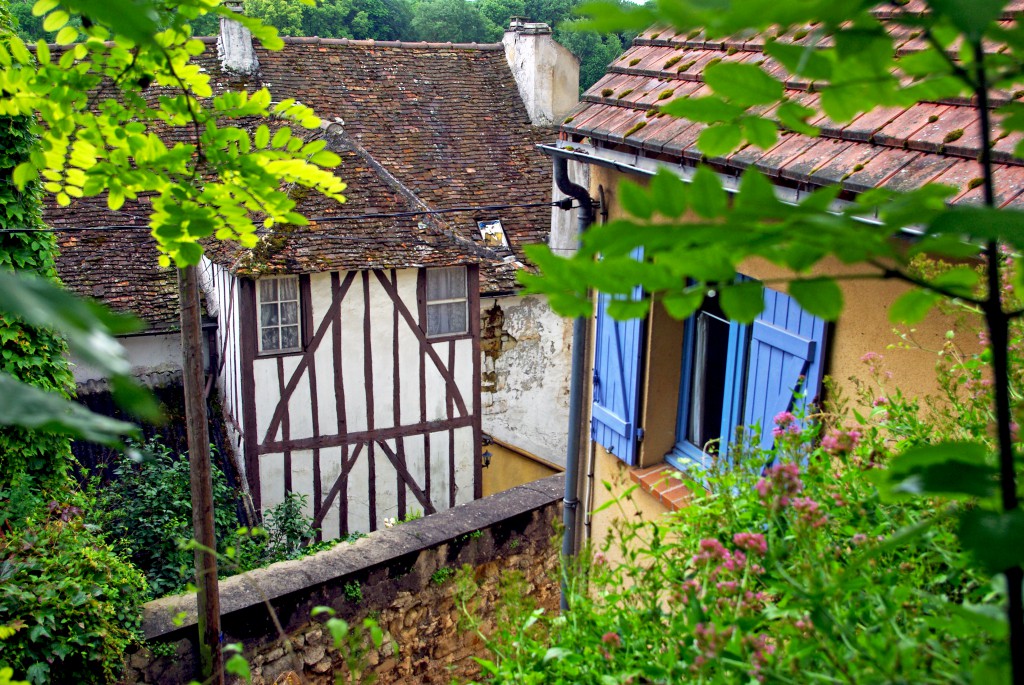 In the old town of Conflans-Sainte-Honorine © French Moments

Discover the picturesque harbour lined with barges flanking the rocky spur on which lies the historic old town. 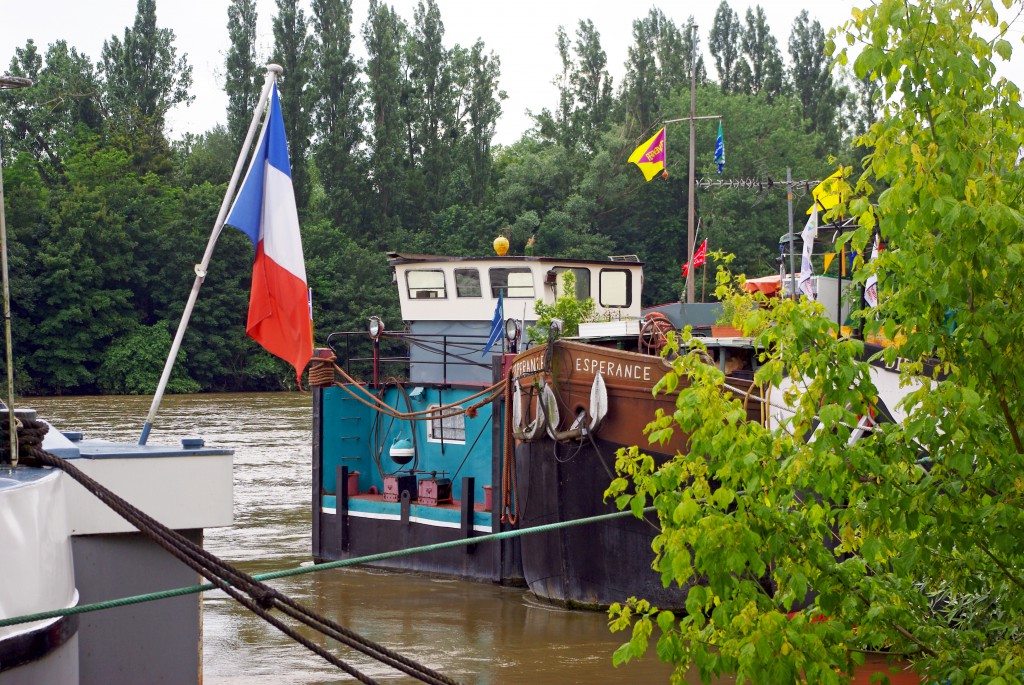 The harbour is lined with 370 barges which are mainly used as houseboats. One of them is quite striking: the chapel-boat ‘Je sers’. Built in 1919 the former barge houses a floating chapel dedicated to St. Nicholas, the Patron Saint of the boatmen. 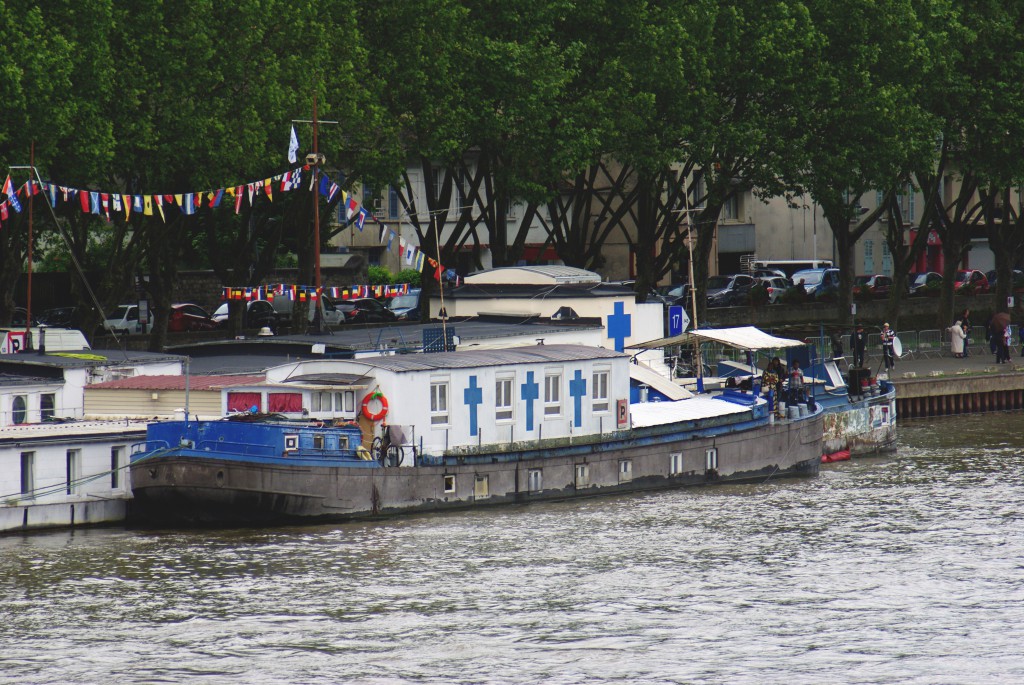 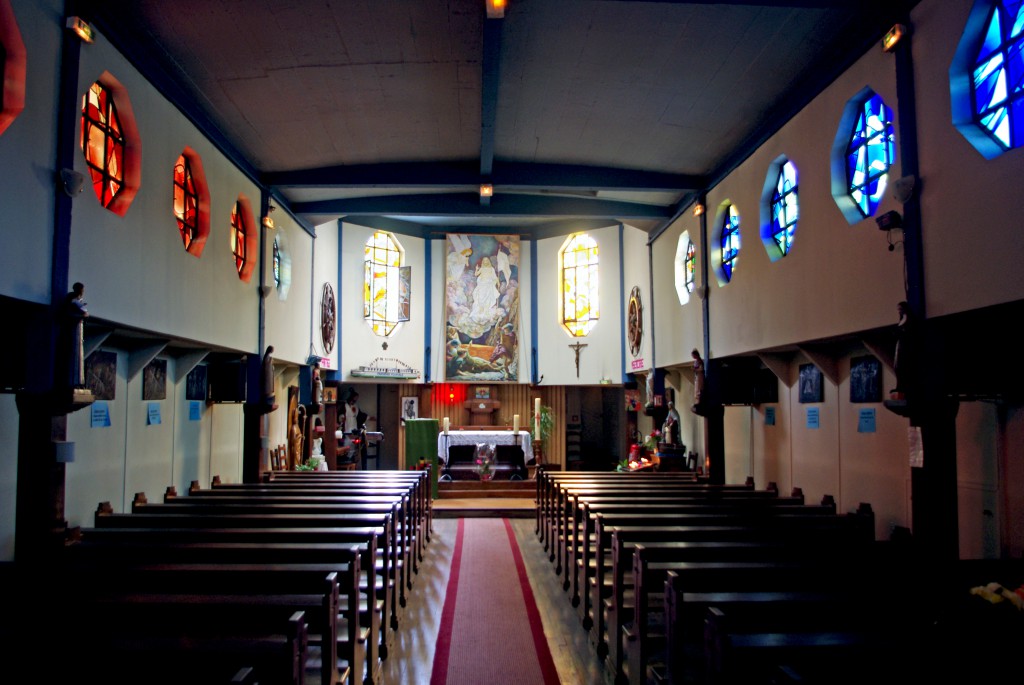 The inside of the ‘Je Sers’ floating boat, Conflans-Sainte-Honorine © French Moments

The 15 metre tall keep in ruins was part of the medieval castle of Conflans. It was built in the 11th century on the site of a fort made out of wood. The Montjoie tower took its name from ‘Mons Jovis’ (Mount Jupiter) for it stands on the rocky spur overlooking the Seine. The tower is one of the few examples of Romanesque quadrangular keeps still visible today in the Paris region. It is part of the first generation of stone castles. 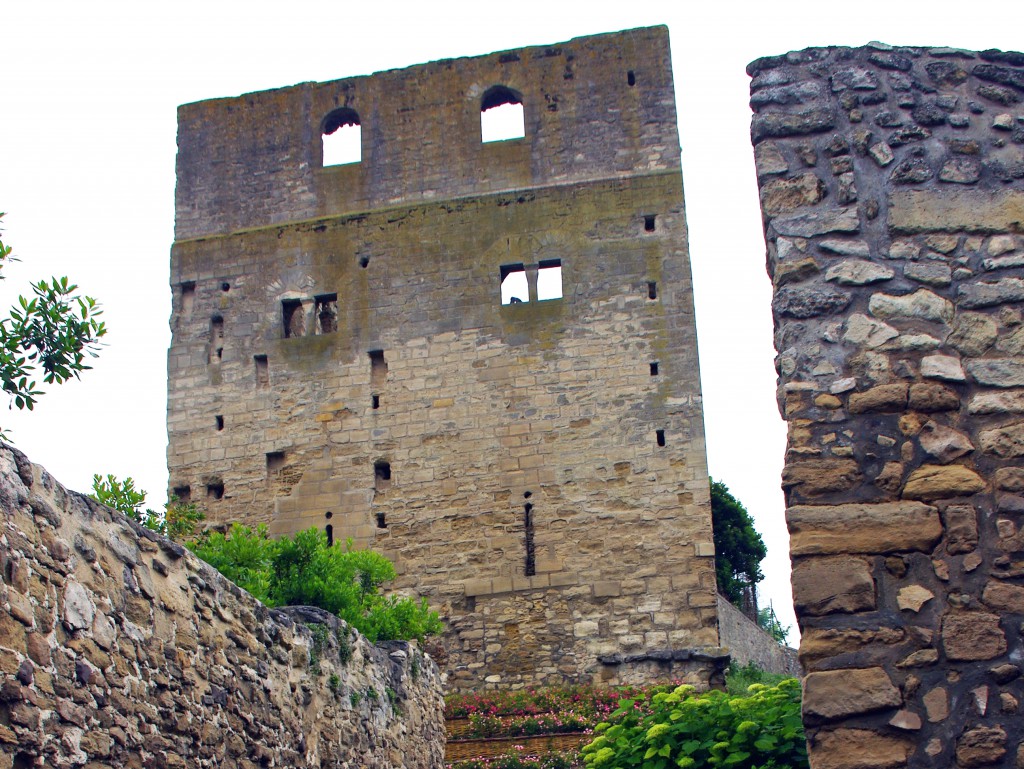 Beneath the tower is a small medieval garden. 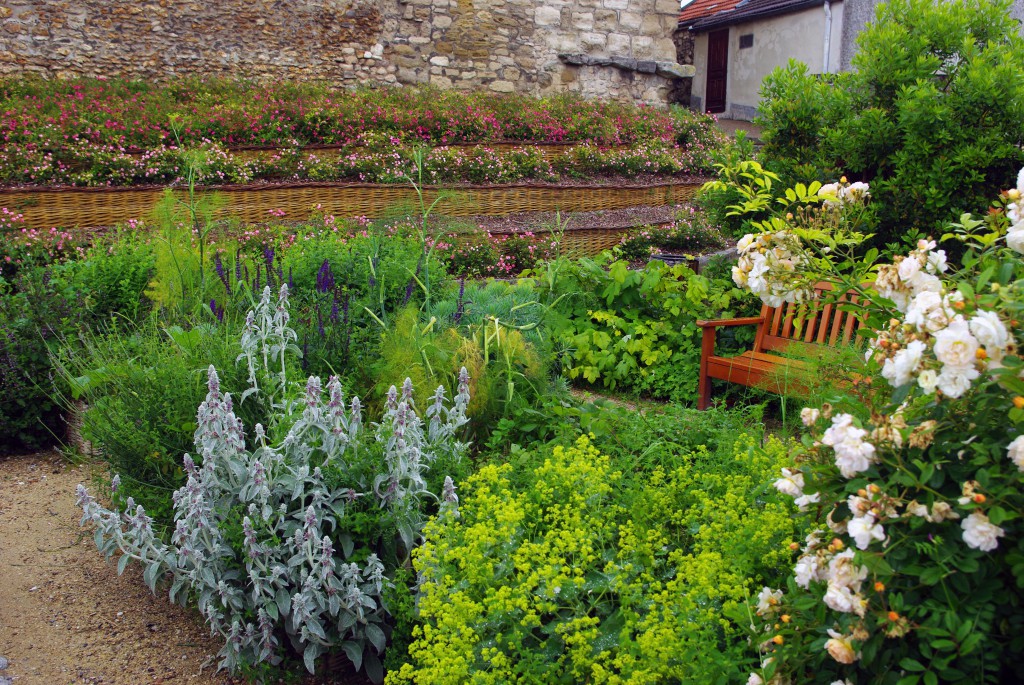 The narrow street offers spectacular views of the old rooftops of Conflans, the Seine Valley and the forest of Saint-Germain-en-Laye. The Eiffel Tower and La Défense can be seen in the distance on clear days. 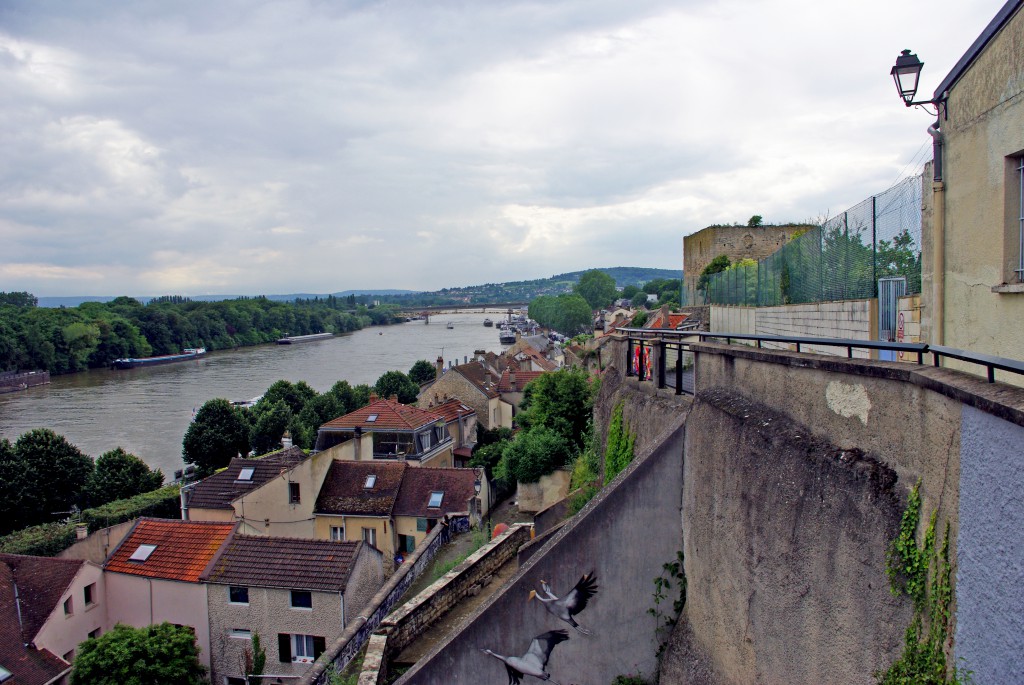 Built towards the end of the 10th century, the church of Saint-Maclou was modified and enlarged in the 15th, 17th and 19th centuries. It features a fine Romanesque-style bell tower topped by a stone spire. 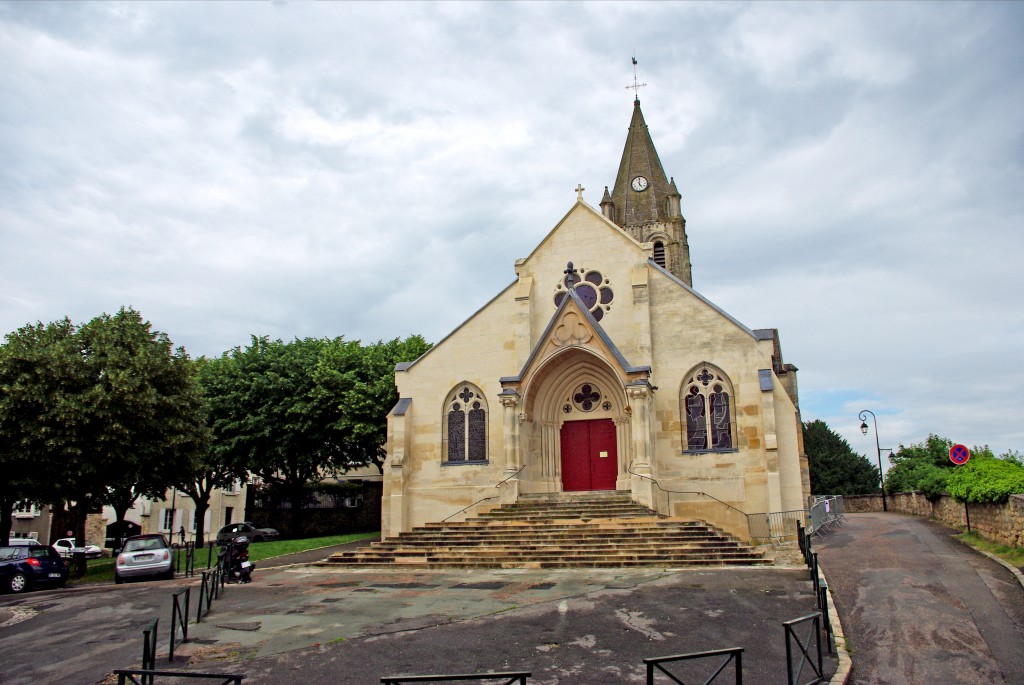 The old priory lodge founded in 1090 gave way to a castle which was significantly modified in the 19th century. The West and South wings were remodelled in Gothic Revival and Renaissance Revival styles. The Priory Castle has been hosting the Museum of River Navigation since 1966. 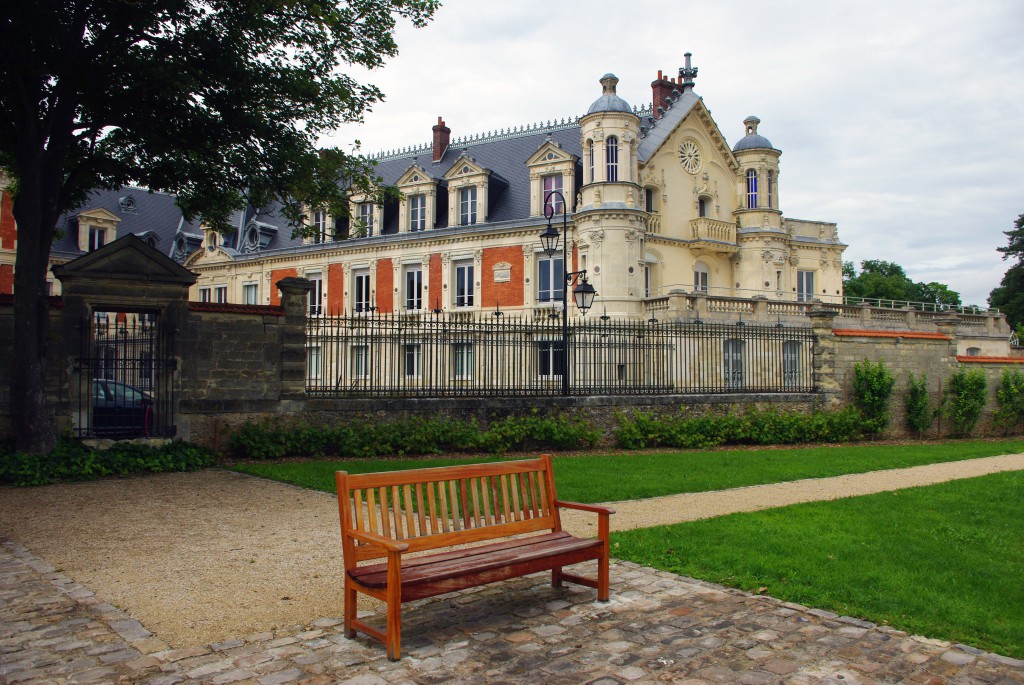 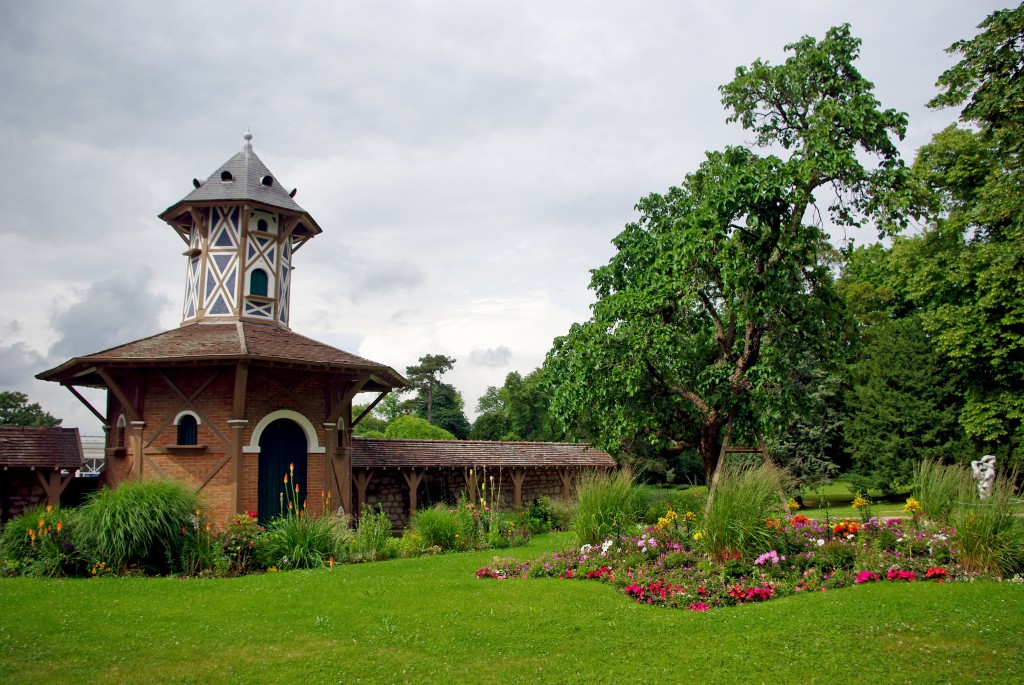 The English landscaped garden was part of the Priory Castle. The 10 hectare park offers fine views of the Seine Valley and features an orangery and a glasshouse in Belle Époque style. 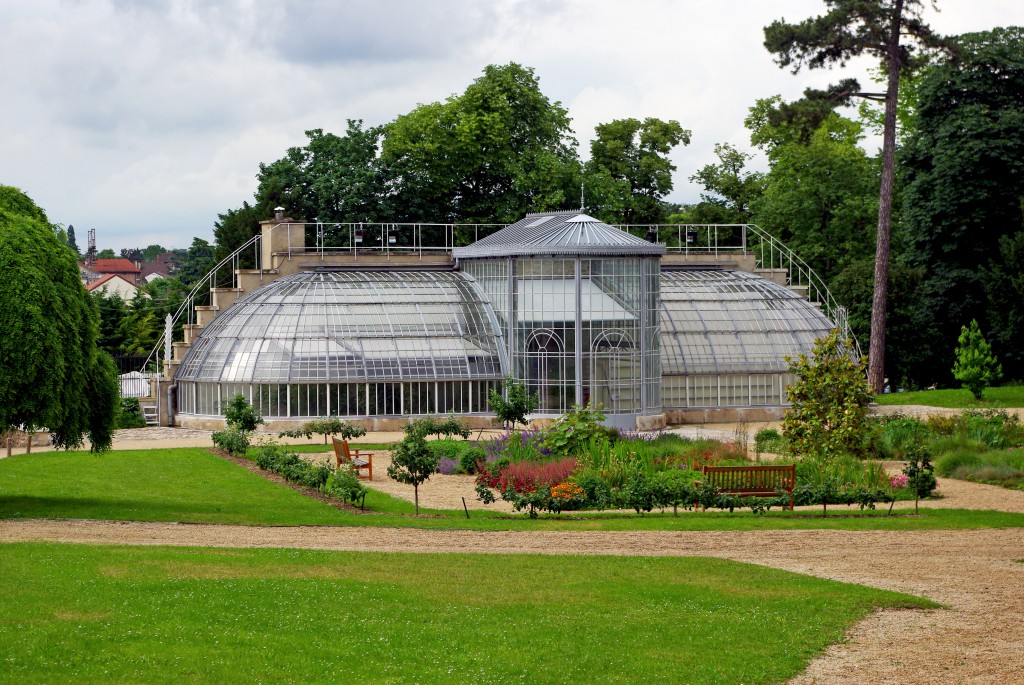 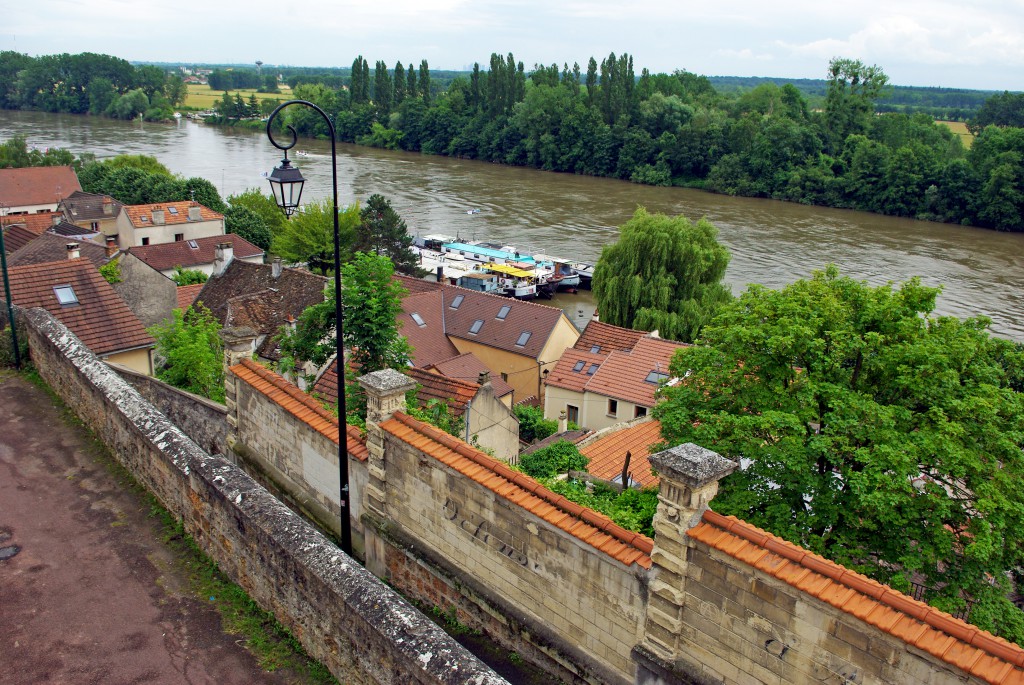 Conflans-Sainte-Honorine is considered the capital of the French inland waterways.

Every year in June, the town commemorates the ‘Pardon National de la Batellerie’ which can be translated as the Inland Navigation National Pilgrimage. The popular event remembers the former importance of Conflans to inland shipping. The celebration is a patriotic and festive event where parading boats are dressed overall with the national flag. 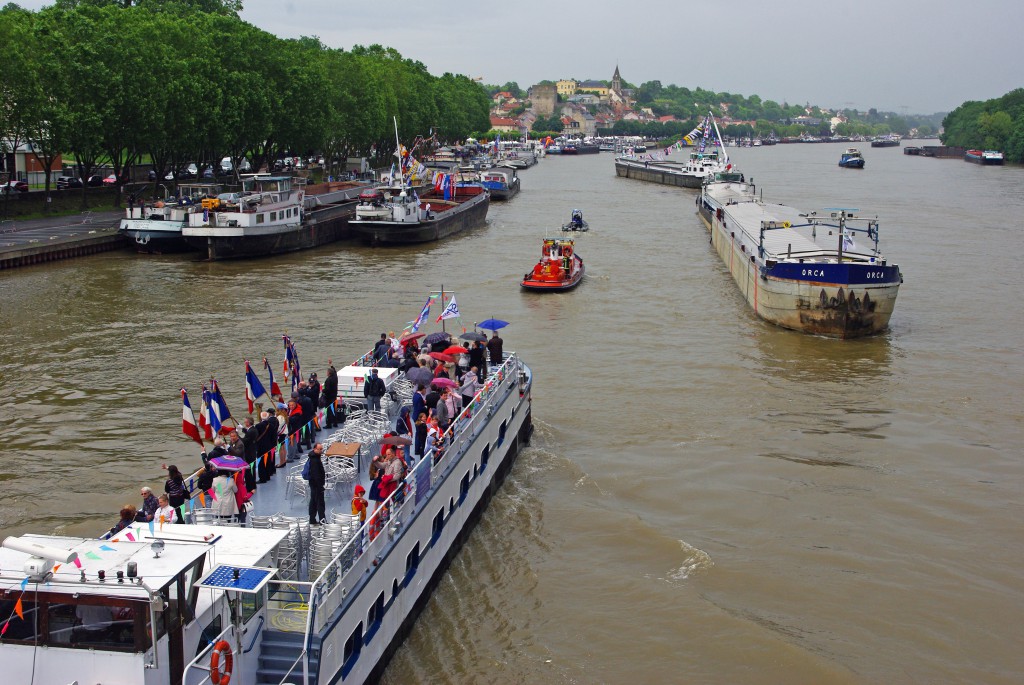 A torch is lit from the Eternal Flame which burns by the Tomb of the Unknown Soldier under the Arc de Triomphe in Paris. There civic dignitaries from Conflans-Sainte-Honorine and its twinning cities (Ramsgate [UK], Chimay [Belgium], Hanau [Germany]) join veterans in the laying of wreaths before the flame is conveyed to the Port d’Austerlitz.

It takes several hours for the ship to bring the flame to Conflans. When it arrives, the boat is accompanied by a procession of barges and fire-boats. 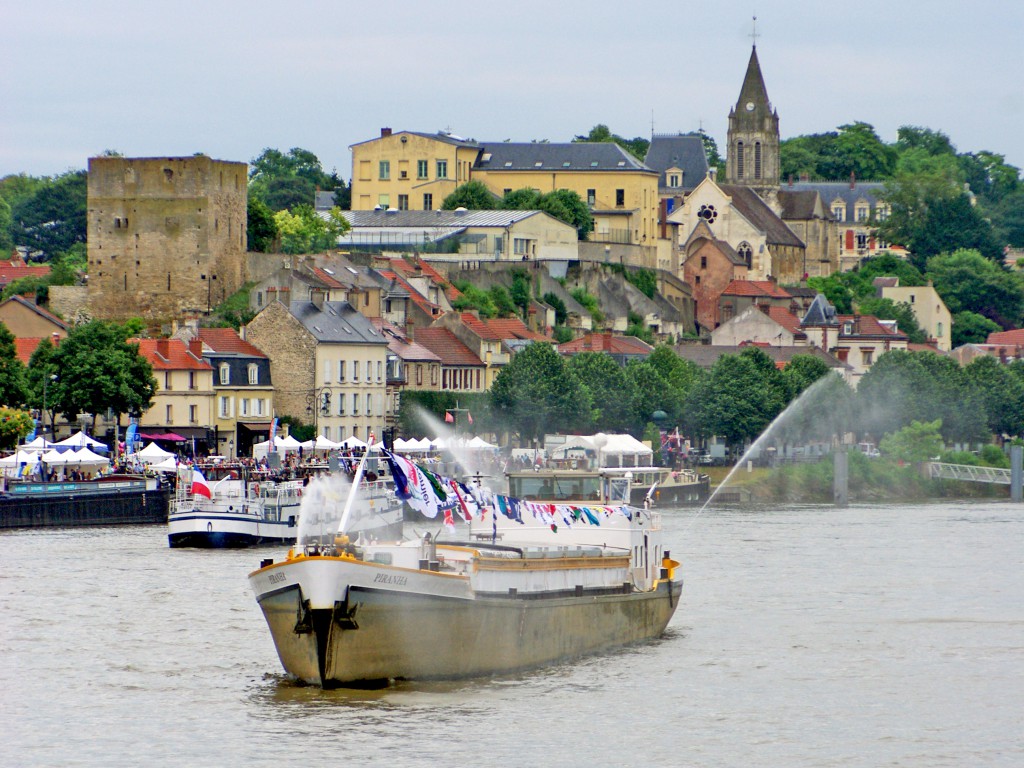 A number of ceremonies take place where veterans come to pay respect to the dead, lay a wreath at the war memorial at the confluence of the Oise and the Seine. In the meantime, military music and the Marseillaise fills the air. 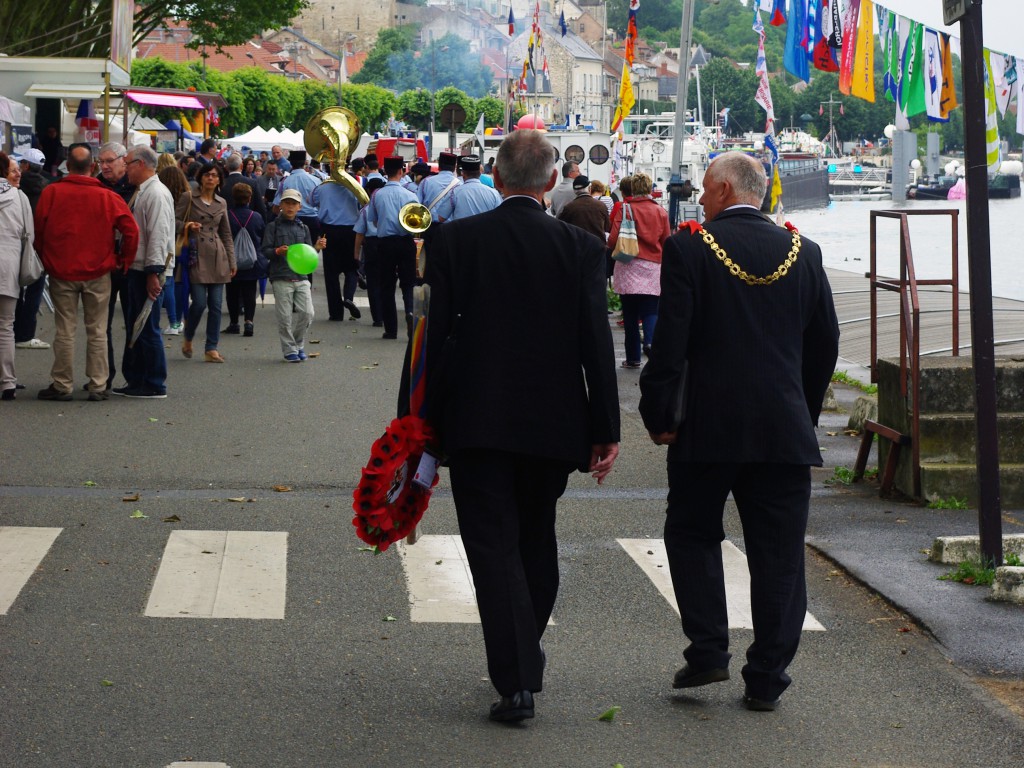 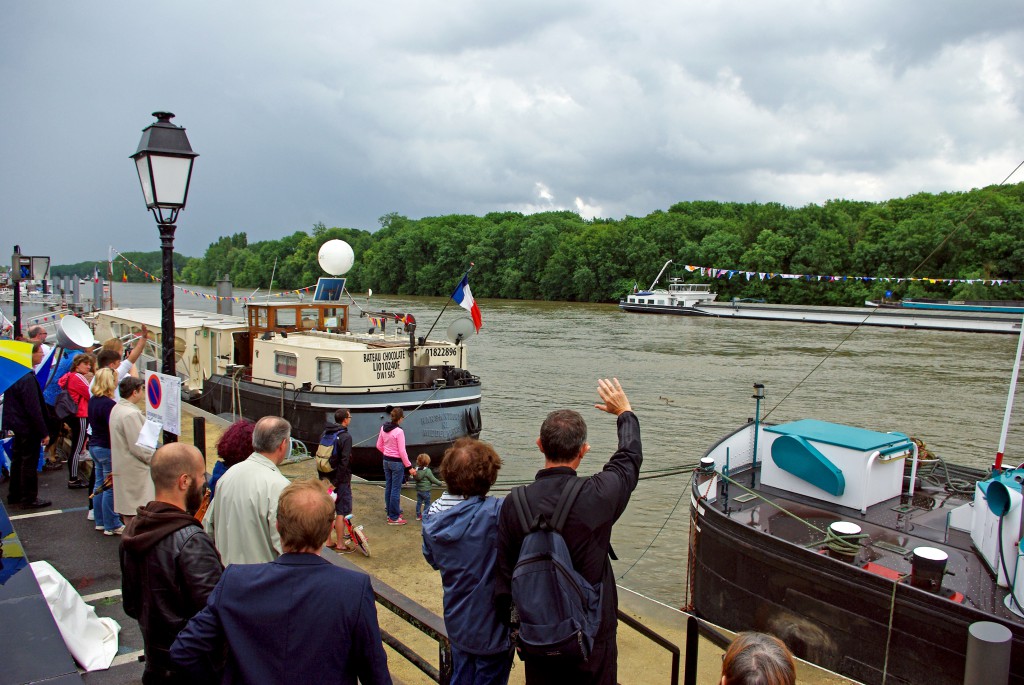 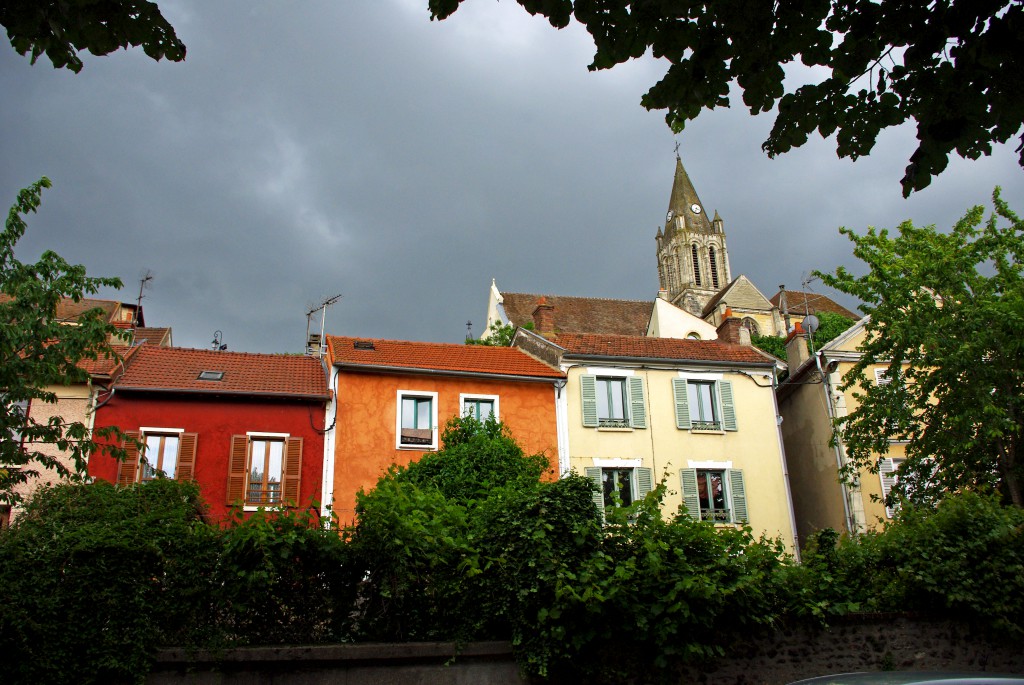