New posts
You are at:Home»Blog»Christmas Nativity Scenes in Paris

Many Catholic churches in Paris set up a Nativity Scene at Christmas, which can be traditional, baroque or modern. Some like that of Notre-Dame cathedral attract thousands of visitors during the festive season. Here are a few churches where to find Nativity scenes in Paris.

Nativity scenes have been a regular fixture in many churches in Paris. They represent the birth of Jesus in a stable (or a cave) in the little town of Bethlehem in Judea. The figures of the crib range from small to life-size and are placed in a poetic setting inspired by local life.

Every year, the churches of Paris welcome new Nativity scenes: Notre-Dame cathedral, the Madeleine church, and the Sacré-Coeur Basilica being the most visited sanctuaries. Here are a few Nativity scenes spotted in churches across Paris (December 2015-February 2016): 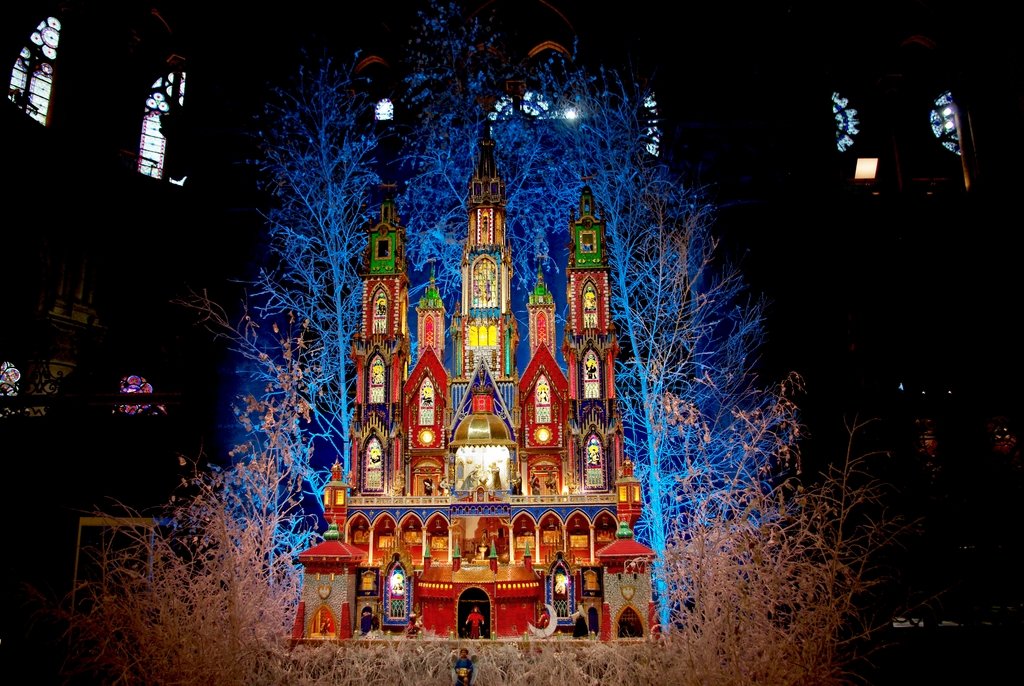 In 2015-2016, the cathedral of Notre-Dame welcomes an imposing crib in the style typical of Cracow, the former capital of Poland. The monumental Nativity scene reproduces the main architectural features of the Polish town. It is five metre high and involved 10,000 hours of work.

Find out more about the Cracow Crib in Notre-Dame.

Outside the cathedral, just under the main portal is another static Nativity Scene: 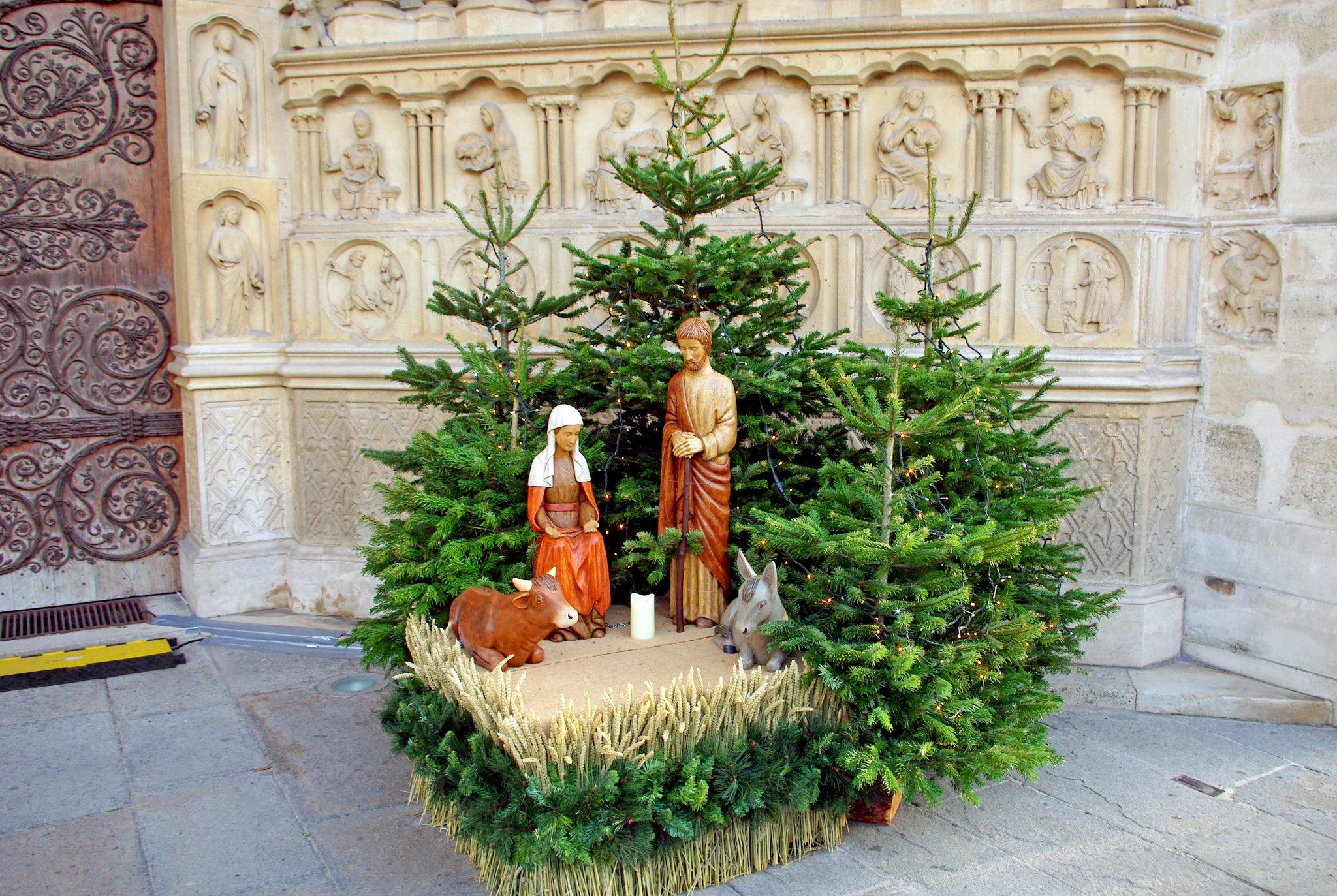 The church which resembles a Roman temple with its colonnade hosts two different cribs in every other year. A traditional Nativity scene alternates with a more contemporary one. For Christmas 2015, the contemporary crib was sculpted by Pauline Ohrel and called ‘Revelations’. Made of poultry netting, the 2015 crib disturbed many people by reading the guest book! One comment was quite interesting though as it linked this ‘simple and modest Nativity scene’ to the birth of Jesus which took place in a precarious way.

In 2016, another contemporary crib by Samuel Yal was set up to the left of the main altar:

The church opposite the Louvre has an oriental Nativity scene for Christmas 2015.

This is certainly our favourite Nativity scene in all of Paris. The church welcomes a Provençal crib in one of its chapels. Magnificently decorated, it combines biblical characters (Mary, Joseph, the donkey and the ox, the three Wise Men) with typical Provençal village characters (the town crier, the poacher, the old man and woman: Grasset and Grasseto, the washerwoman, etc…). Find out more about the Nativity Scene in Saint-François-Xavier Church.

A man-sized Nativity Scene is found inside the church of Saint-Sulpice in Saint-Germain-des-Prés: 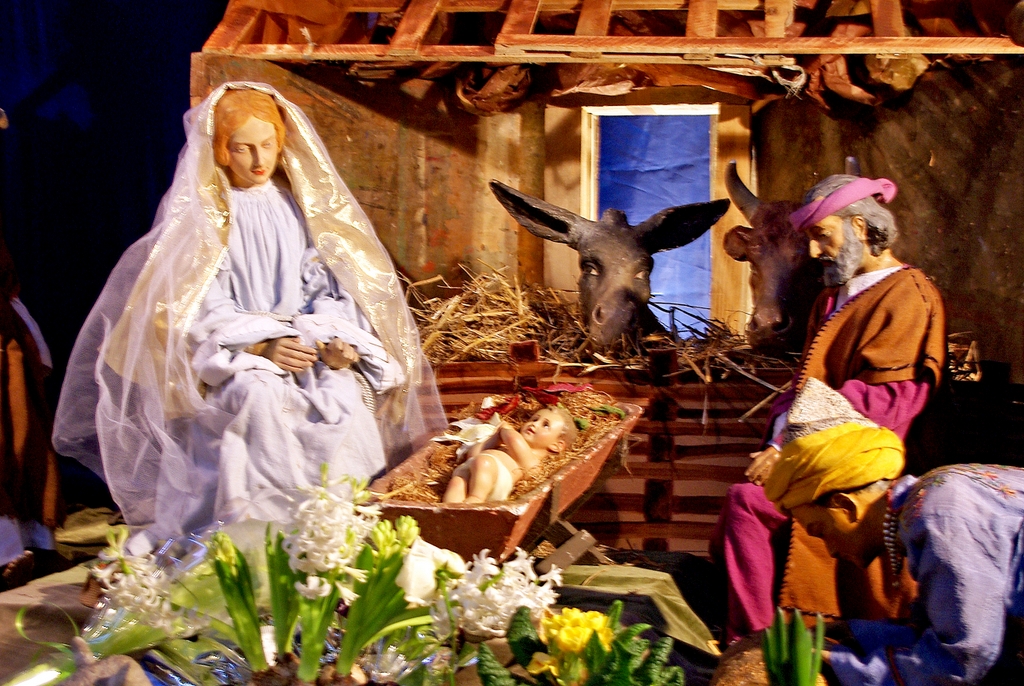 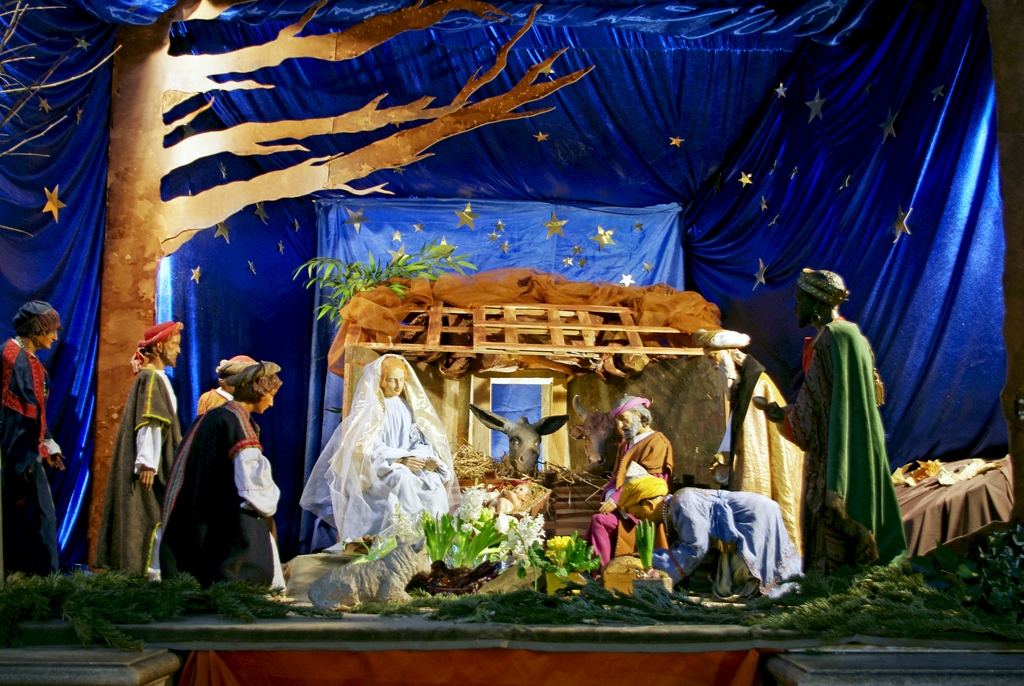 The Nativity Scene of the abbey-church of Saint-Germain-des-Prés is displayed with a clever effect of light and shadows:

A beautiful Nativity Scene in one of Paris’ most surprising churches:

The Nativity Scene on display inside Paris’ oldest church has been richly and carefully decorated: 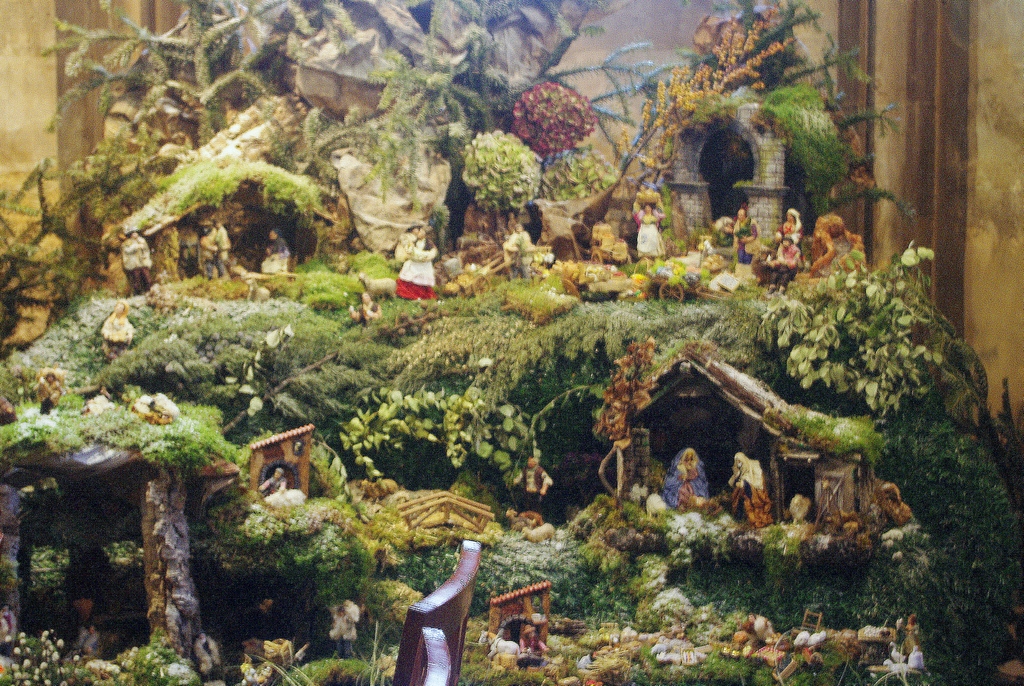 The Nativity Scene on display next to the main altar inside the Sainte-Clotilde Basilica shows the emotions on the faces of the biblical characters: The Nativity Scene inside the Sacré-Cœur basilica in Montmartre  (18th arrondissement) is one of the most beautiful in Paris. The crib is beautifully crafted in wood and recalls with simplicity the humble birth of Jesus-Christ in a crib.