New posts
You are at:Home»Paris»Arrondissements of Paris»9th Arrondissement of Paris»Christmas at Galeries Lafayette Haussmann in 2015

In 2015, the window display of the Galeries Lafayette are based on “a Christmas from another planet” with its lots of robots, Jedi, imperial troops, R2D2 and Stormtroopers echoing the release of a new Star Wars episode. Standing under the beautiful Art Nouveau cupola, the giant Christmas tree consists of a myriad of gold and silver stars and meteorites.

The 2015 Window Display at the Galeries Lafayette

Last year, the Galeries Lafayette surprised its visitors with a gang of hilarious and mischievous monsters led by Gustave the monster who turned the 25 metre-tall Christmas tree under the Art Nouveau dome upside down (read article). This month France’ s premier department store has unveiled its window display for Christmas 2015. Based on “A Christmas from another planet“, the cosmic-themed event portrays an unconventional cast of characters with the interplanetary adventures of Leon, a small robot originating from the imaginary planet of Scopi. The cute and friendly robot and his friends set on a journey to find out more about the light of a Christmas ornament they had watched through a telescope. 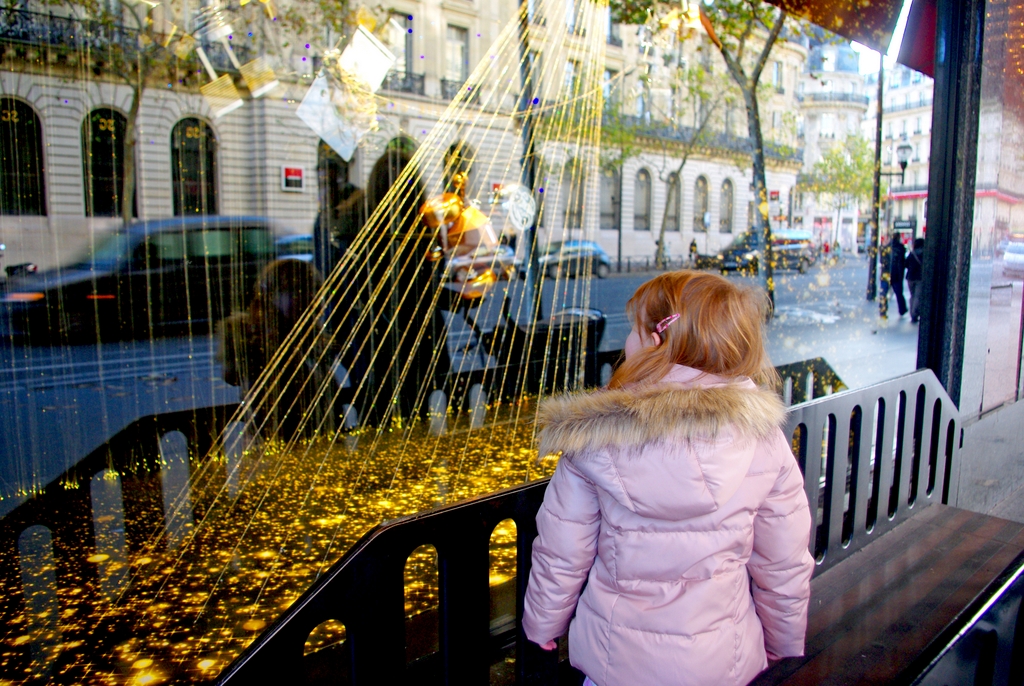 The 2015 Christmas Tree of the Galeries Lafayette

Under the beautiful Art Nouveau dome, the giant Christmas tree is a metallic structure with gold and silver stars and meteorites.

Four times a day at 12pm, 3pm, 4.30pm and 6pm the Christmas tree is the centrepiece of an indoor light show.