The Château-Neuf was one of Saint-Germain-en-Laye’s two castles which served as a royal residence from the mid-16th century until 1680. Built on the grounds of the Château-Vieux it offered a stunning view on the valley of the Seine, as far as Montmartre. Now demolished there are only a few remains of the castle. One of them is the Pavillon Henri IV, birthplace of Louis XIV. 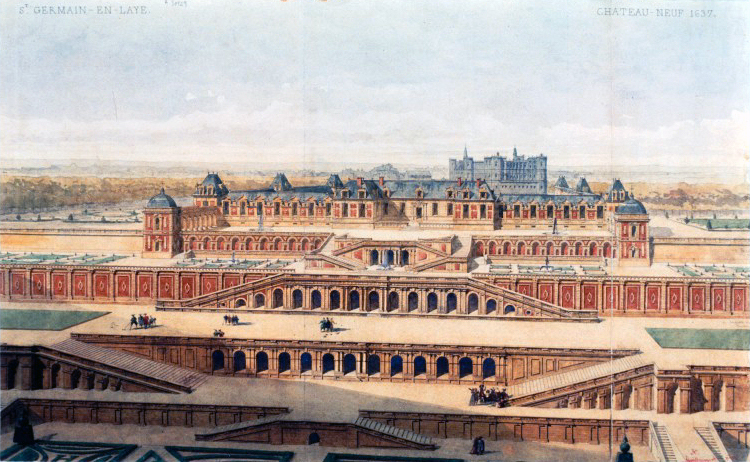 Next to the Château-Vieux (old castle), a new castle (Château-Neuf) was built by Philibert Delorme in 1557 under the reign of Henri II to accommodate the King’s Court.

Originally the Château-Neuf consisted of a central one-level structure framed by four pavilions. Each of them had a second level with sloping Mansart-style ceilings. At the centre Delorme created a quatrefoil-shape courtyard.

The castle was later enlarged and embellished by Henri IV who added three gardens and seven successive terraces down to the Seine linked by elaborate stairs. The new estate welcomed the King’s Court in 1603. 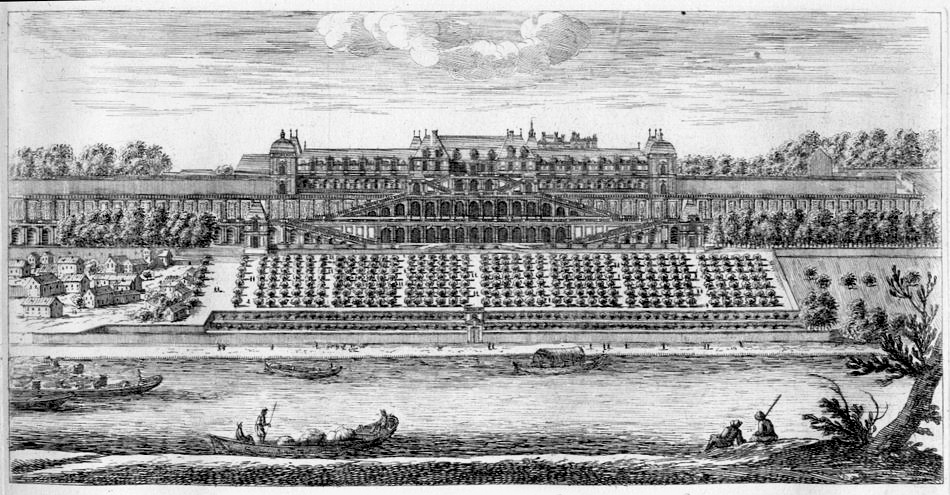 Etching of Château-Neuf in Saint-Germain-en-Laye

Etching of Château-Neuf in Saint-Germain-en-Laye

The castle served as a refuge place to Charles II Stuart after the execution of his father.

In 1777 the dilapidated castle was given by Louis XVI to his younger brother the Count of Artois who started to work on its restoration.

At the French Revolution the castle was confiscated and sold to the former administrator who dismantled the estate to subdivide the land into lots for sale.

Today there are only few remains of the castle still visible:

Video showing a reconstitution of the Château-Neuf:

Find out more about the Château-Vieux of Saint-Germain-en-Laye.

The Pavillon Henri IV (Pavilion) houses a luxury hotel and a gastronomic restaurant which has become over the years a historic place as well as an institution to the town of Saint-Germain-en-Laye. One of its rooms includes the oratory were baby Louis XIV was anointed.

The institution founded in 1850 by a Welshman welcomed a great number of celebrities from aristocrats to artists, writers, politicians and statesmen: French Statesman Adolphe Thiers (1797-1877) who died there, Mac Mahon, Carnot, Félix Faure, Poincaré, Georges V, Alphonse XII, Georges Sand, Victor Hugo, Zola, Daudet, Millet, Liszt, Pasteur, and Sarah Bernhardt. Maybe one of the hotel’s most famous guests was Alexandre Dumas who wrote there the Three Musketeers and the Count of Monte Cristo. At the hotel Composer Offenbach composed some of the music to his famous operettas. The house was temporary given to Mohamed V of Morocco in November 1955.

The restaurant is famous for being the place where pommes soufflées and sauce béarnaise were created.

And since the Pavillon Henri IV is a hotel, guess what – you can book a night in the very building where king Louis XIV was born! ? 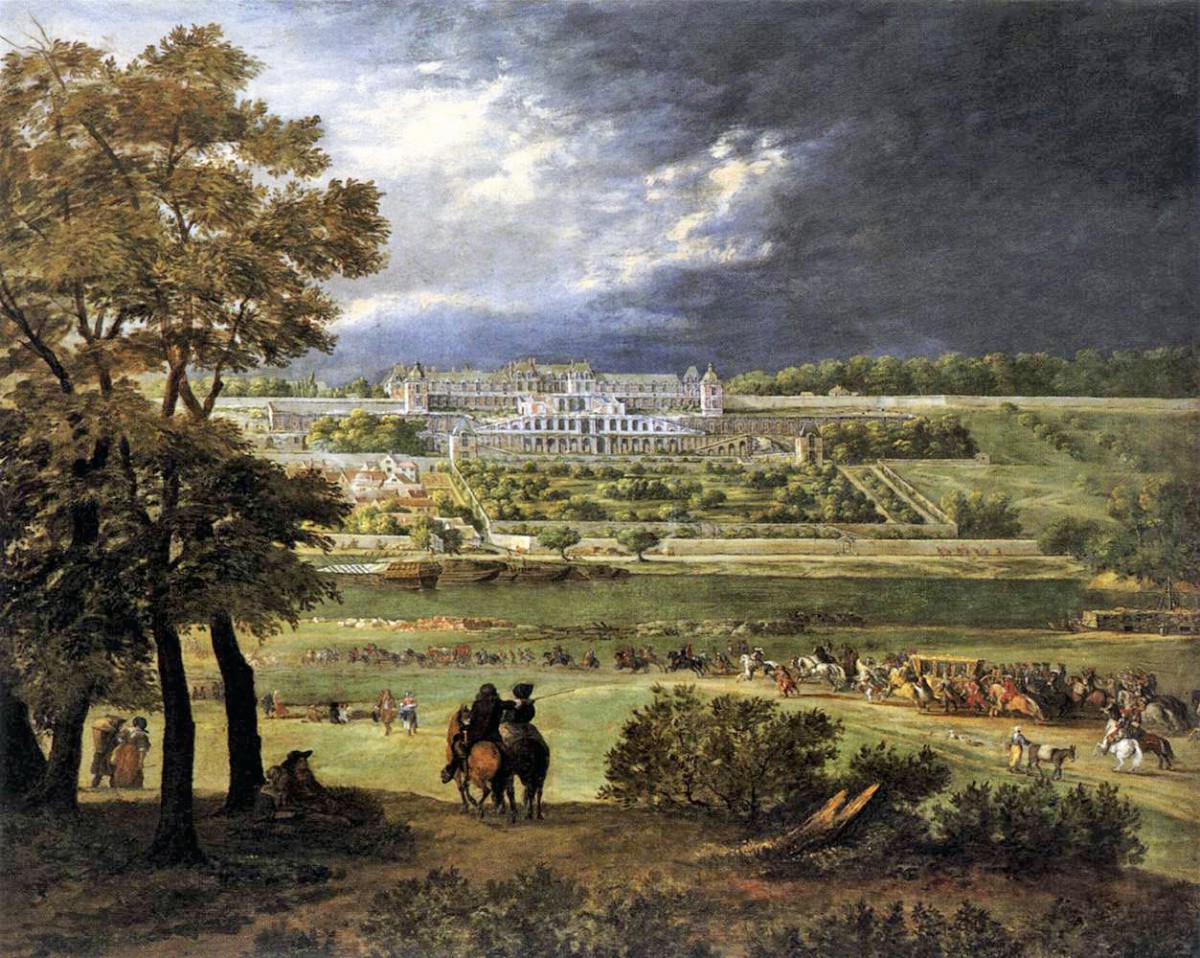