The Brenne Natural Park is situated in the region of Centre in the south-west of the Indre département. It is part of the former province of Berry. With an area of 1,411 km² and a flat topography, the Brenne hosts a population of about 18,000. It gained National Park status in 1989. It is said to one of France’s best kept secrets.

A bit of history…

During the Middle Ages the Brenne was a swamp. Legend has it that the monks of Méobecq and Saint Cyran started landscaping the marshes during the 8th century, clearing the land and building dykes to improve the local habitat. They introduced fish farming to improve the drainage of the region and provide for their long term future. The lords of Brenne completed this renovation during the 13th century with the help of local farmers. 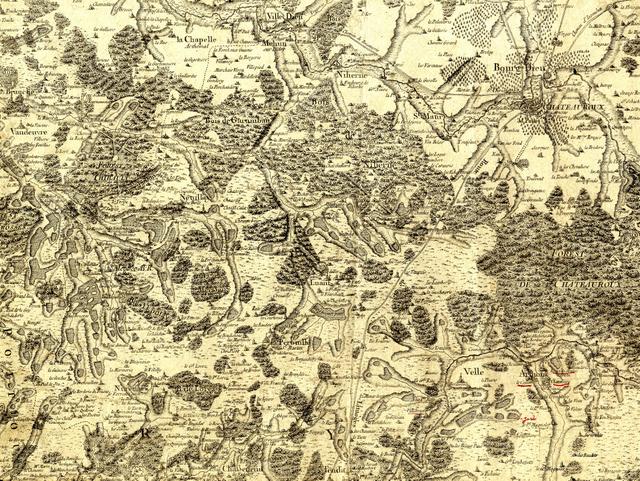 With poor soil for harvesting crops, fishing initially became the main economic activity of the region. With between 1,000 and 2,000 ponds and lakes the Brenne is now one of the most important fish farming areas of France. 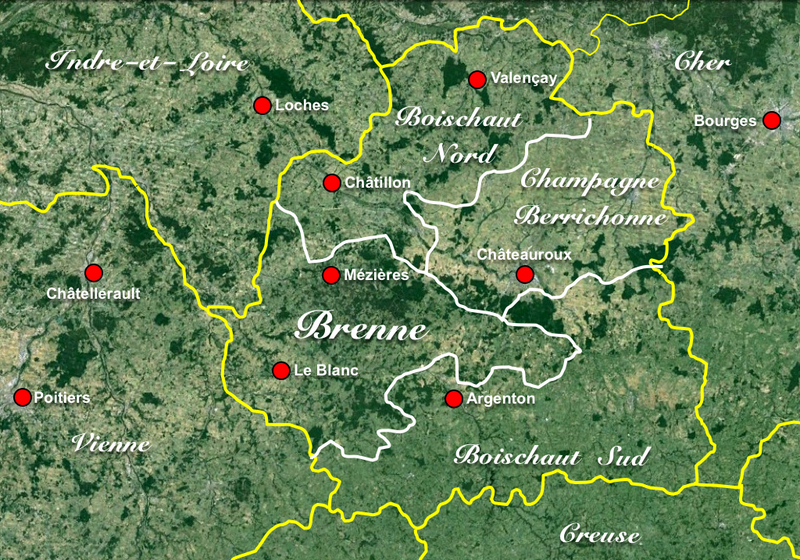 The Brenne is well known for its fine bocages. A bocage is where the fields and meadows are criss-crossed by hedges or rows of trees separating fields, farms and hamlets.

Nowadays, the population is mostly composed of farmers who originally settled there thanks to the cheap cost of land. New techniques enabled these farmers to improve drainage in the soil to improve the land which was otherwise impossible to cultivate.

In the Brenne, many farmers pursue the same objective of ensuring that the region maintains its natural characteristics. Some farmers do this by practising green agriculture. Others, while limited by the cost of green farming, nevertheless use practices which retain the integrity of the region.

The Natural Regional Park of the Brenne

At the extremities of Berry province, the 12th century Monks decided to create pond strings.

What people call “La Grande Brenne” is made up of a mosaic of landscapes in which water, woods, moors and meadows merge together. The poor soil makes it difficult to exploit because it is too wet in Winter and too dry in Summer. For this reason, this area contains a network of artificial ponds.

“La Petite Brenne” contains fewer ponds than “La Grande Brenne” and a massive forest. Because of its proximity to the Massif Central mountain range the region is very hilly.

The main characteristic of the “Pays Blancois” is the huge number of excavated limestone valleys on the border between Berry and Poitou. The landscape is varied, with agricultural plateaux, gardens, rocky reefs and steep wooded slopes.

Flora and Fauna of the Brenne

A wonderful blend of aquatic plant habitats and water lilies characterises the landscape. Great meadows and siliceous grasses have adapted to the dry season during summer. Orchids demand warmth and have the perfect place to thrive amidst the calcareous soil surrounding these grasses. The area also abounds with reed beds, heathland and ancient oaks.

Around 15 000 species of insects, 32 species of fish and 28 species of amphibians can be found in The Brenne. The Brenne is one of the most humid areas in France, allowing water birds to thrive. Thousands of water birds from 267 different species can be seen flying over the region during the migration season.

The Brenne is well known for being home to wild boars, stags, roe deers and many other types of mammals, butterflies and dragonflies.

Many nature lovers and bird watchers now make this their annual destination making use of the numerous ‘hides’ and observation points dotted around the park.

For the future, it is intended to protect and manage the wildlife and the landscape and culture of the region. Land management and economic development are also priorities for the next 10 years.

The Brenne covers an area of picturesque landscapes. There are a few interesting villages and castles worth a visit:

The 15th century castle of Azay-le-Ferron is a fine example of Renaissance architecture. Owned by the City of Tours, its interior is richly furnished. A well-maintained formal garden surrounds the castle.

The Benedictine Abbey of Notre-Dame de Fontgombault was founded by Pierre de l’Étoile in 1091 on the banks of the Creuse River. The abbey is a masterpiece of Romanesque architecture in France with a remarkable chevet of perfect proportions.

Le Rosnay and Castle of Bouchet

Although not really a touristic site – but one of interest- is the Radio Transmitter of Le Rosnay whose central pylon with a height of 357 metres is France’s tallest structure.

Le Rosnay is a peaceful village situated between Le Blanc and Mézières-en-Brenne. Four kilometres from the village centre is the 13th-17th medieval castle of Bouchet.

To the limits of the Brenne are a few charming little towns such as Argenton-sur-Creuse, Saint-Benoît-du-Sault, Montmorillon, Saint-Savin, Angles-sur-l’Anglin,Châtillon-sur-Indre, Palluau-sur-Indre, Argy and Châteauroux.

How to get to the Brenne…

The Brenne is accessible by car from Paris, Châteauroux or Poitiers, via the A10 autoroute (French for motorways) or the D951.

If you travel from Australia or America, you can fly to Paris Charles de Gaulle and travel by bus to Paris Austerlitz station (30min). Then a train will take you to Chateauroux in about 2 hours. There you can rent a car to the Brenne (1 hour).