New posts
You are at:Home»Blog»Where to find the last boot scrapers of Paris?

When visiting Paris you might take notice of tiny remnants of days gone by, wondering what they were used for. One of them are boot scrapers. One hundred years ago they were found everywhere in the streets of Paris. Only a few of them have been kept and I’m telling you where to find them!

What are boot scrapers?

A hundred years ago, before Paris was invaded by cars and vélibs, it was the era of horses. In 1900 it was estimated that there were 80,000 horses and donkeys working in Paris. All these animals caused a big deal of horse manure and mud on the streets. Can you imagine stepping inside a house with (very) dirty shoes on? Boot scrapers were created to address the problem. 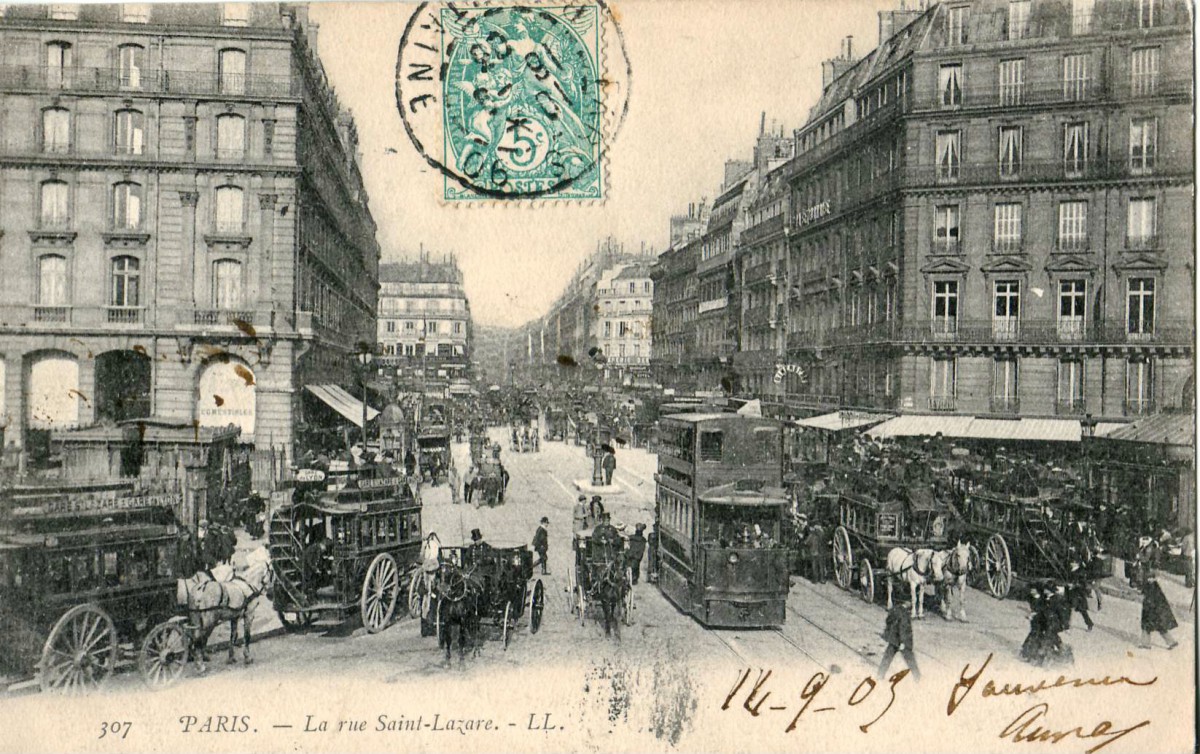 Horse-drawn vehicles on rue Saint-Lazare, Paris at the beginning of the 20th C

They appeared at the entrance to many decent houses, churches and hospitals in Paris, Brussels, London and New York.

Guests and visitors would then wipe off the mud and excrement before entering the house. The French called them ‘décrottoir‘, which literally means the removal excrement.

They were usually cast-iron cut outs fixed some 15 cm above the ground. Originally the first boot-scrapers appeared in the 18th century and were used until the 1940s. They are in their own way a pre-curser to the modern doormats.

When visitors did not need to clean the mud off their shoes, Parisian boot scrapers disappeared. This took place from the beginning of the 1940s. Scrapers were either collected as ferrous metals or progressively taken out when restoring and improving roads and pavements. Although they disappeared from the streets in Paris, they have been kept in many streets of Brussels, Belgium.

Here is below a map showing locations of a few boot scrapers in Paris:

Do you know other places where to find boot scrapers in Paris? Let us know by commenting below! 🙂