Last week during a walk across the 16th arrondissement I stumbled upon a historic piece of concrete which was no less than a Berlin Wall section in Paris!

Where to find a Berlin Wall section in Paris? 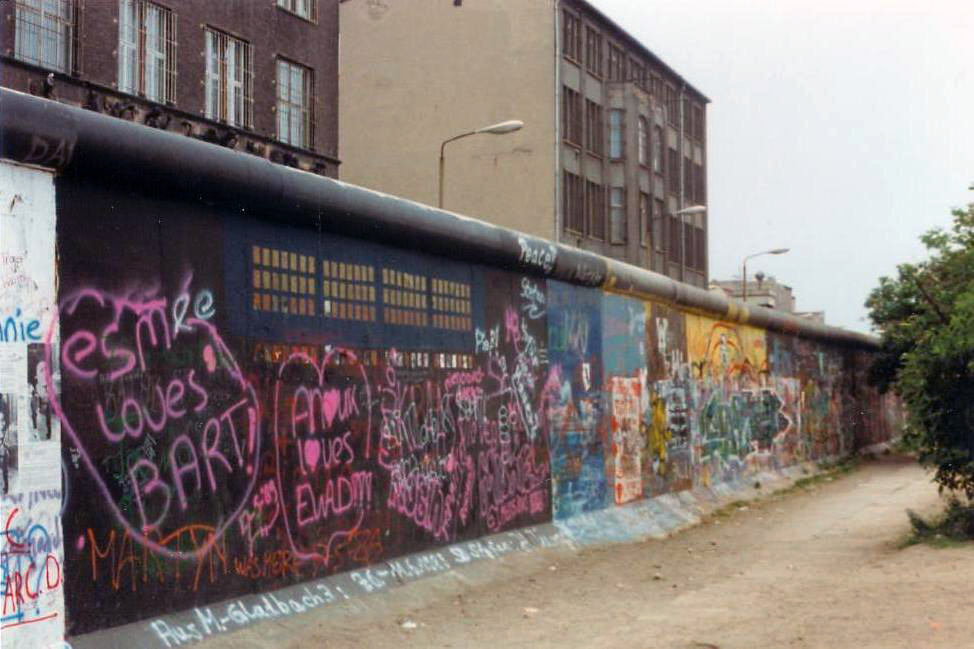 Since its fall on the 9 November 1989, parts of the Berlin Wall (le Mur de Berlin in French) have been scattered all over the world. Panel sections of the former wall have been offered to various institutions such as museums, city councils… and even sold in flea market!

In Paris a small section of the Berlin Wall can be found outside the Maison de la Radio in the 16th arrondissement. To be more precise the wall is located near Gate A of the Maison on the River Seine side just opposite the RER C métro station.

Segment of the Berlin Wall in Paris © French Moments

This particular tagged section of the Berlin Wall was offered to Radio France by Willi Steul, President of the Deutschlandradio. It was delivered on the 18 November 2009 and inaugurated the following day which marked the 20th anniversary of the Berlin Wall fall.

Other sections of the walls in France can be found Paris (Esplanade du Neuf-Novembre 1989 in the 15th arrt), La Défense (Courbevoie), Angers, Caen, Marseille and Strasbourg.

Just as a reminder, this video shows what happened in 1989 when the Berlin Wall fell. This historic event ended a 28 year-period when Germany and Europe were divided into two zones: the communist Eastern Bloc and Western Europe.