Today part of Nice’s suburbs, Beaulieu-sur-Mer is a commune situated in the département of Alpes Maritimes between Villefranche-sur-Mer and Èze-sur-Mer.

The Lower Corniche road (Corniche Inférieure) linking Nice to Menton by the coast passes through Beaulieu. 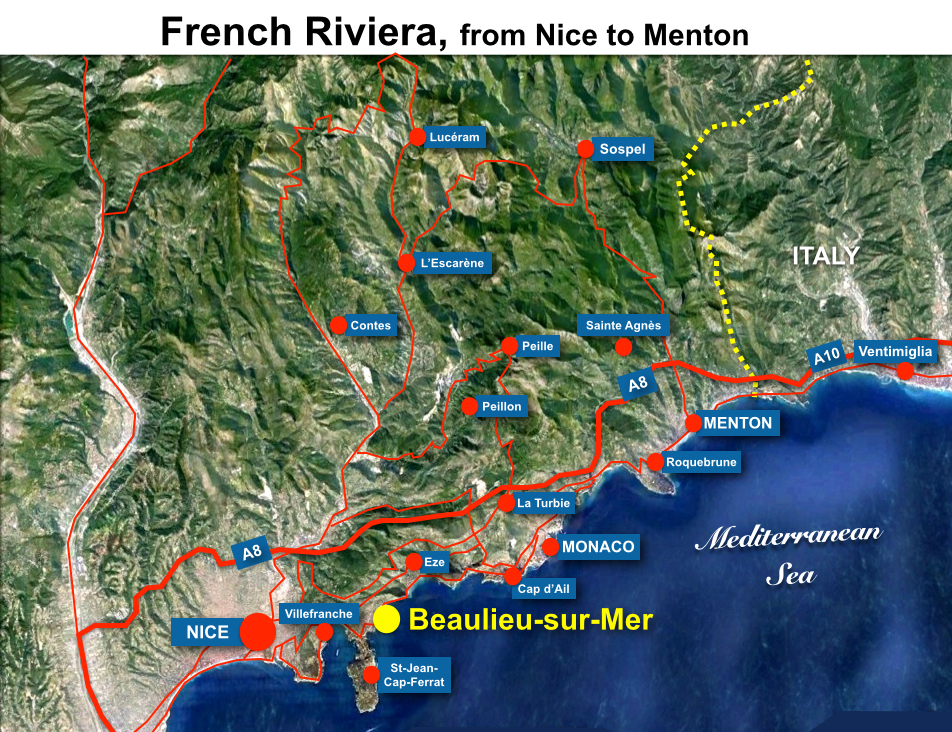 There are approximately 3,700 inhabitants in Beaulieu called “Berlugans”. Beaulieu is known for its luxurious villas nestled amongst lush Mediterranean vegetation and sheltered by a ring of craggy hills. 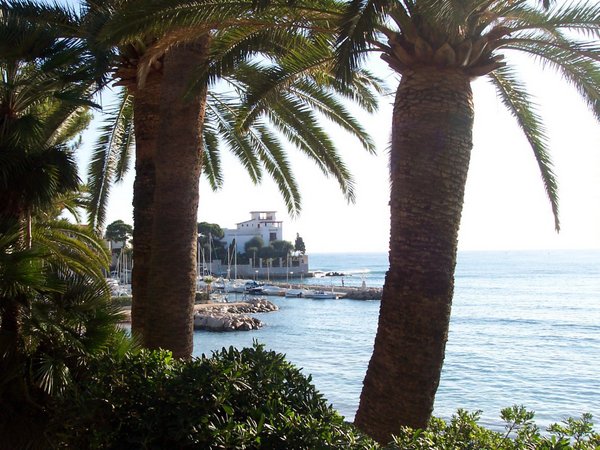 Beaulieu literally means “Beautiful Place” and the town is not the only one in France to bear the same name: more than 11 communes in the country bear the name “Beaulieu” and 10 others have their name starting with “Beaulieu”:

Beaulieu-sur-Mer: a bit of History

Excavations undergone in the village revealed that the site of Beaulieu was inhabited by the Romans.

Beaulieu shared the same history as the neighbouring town of Villefranche-sur-Mer as it was part of the same commune until 1891. From the time Beaulieu was linked to Nice and Menton via the newly paved Corniche Inférieure and the railway, many celebrities and royalties visited the sea resort in winter.

Along with Saint-Jean-Cap-Ferrat and Villefranche-sur-Mer, Beaulieu-sur-Mer is part of the “Golden Triangle”, a zone which has France’s highest real estate prices after Paris. 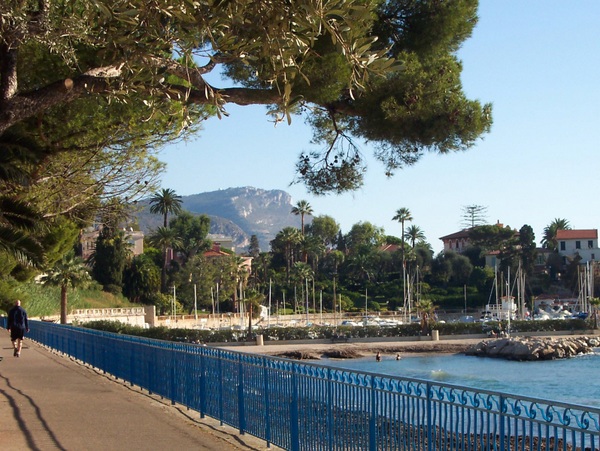 Some of the finest villas and hotels on the French Riviera were built in Beaulieu, notably the Kérylos Villa, the former Bristol Hotel, or the May Villa. There is no old town centre in Beaulieu but wonderful seaside location with views across to the peninsula of Saint-Jean-Cap-Ferrat.

The Kérylos Villa was built by architect Emmanuel Pontremoli for French archaeologist Théodore Reinach (1860-1928) on a low rocky promontory jutting into the sea. Reinach was passionate about Ancient Greece and wished to design a luxurious villa in Greek-style reminiscent of Athenian mansions.

‘Kerylos’ means kingfisher in Greek and the bird was considered of good omen.

The interior decoration and furnishing were chosen with great care as to recreate the atmosphere of an Ancient Greece home.

Upon Reinach’s death in 1928, the villa was donated to the Institute of France of which he was a member. His children and grandchildren lived there until 1967 when it was opened to the public as a museum.

>> Get your ticket to the Kérylos Villa << 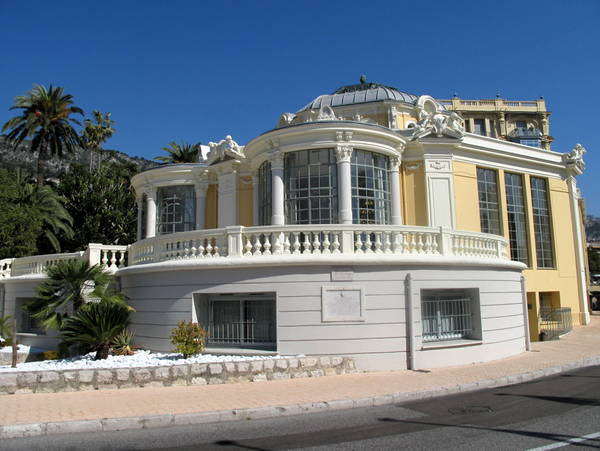 The former Bristol Hotel was build in 1898 between the railway station and the seashore. For many years it was one of the largest luxurious hotels with 300 rooms and 150 staff members. The elaborate rotunda was inaugurated in 1904 with Corinthian columns capped by a cupula. It served as a dining room for the hotel’s guests. 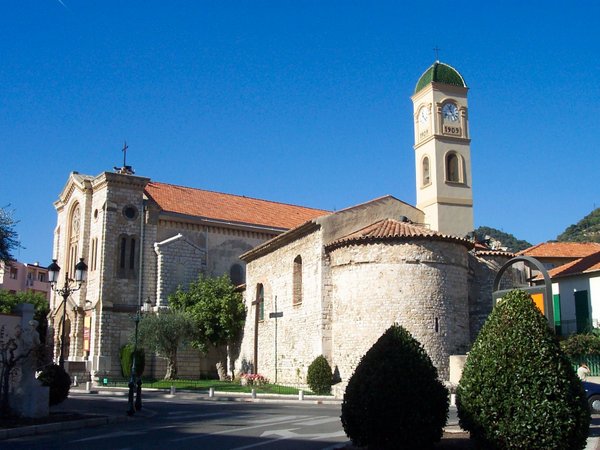