New posts
You are at:Home»Blog»Australia in the Northern Hemisphere!

If Australia was situated in the Northern Hemisphere, it would be found somewhere between the latitudes of Barcelona, Spain and Timbuktu, Mali…

Here is a map we designed based on Google Earth that shows the continent of Australia if it was situated in the Northern hemisphere: 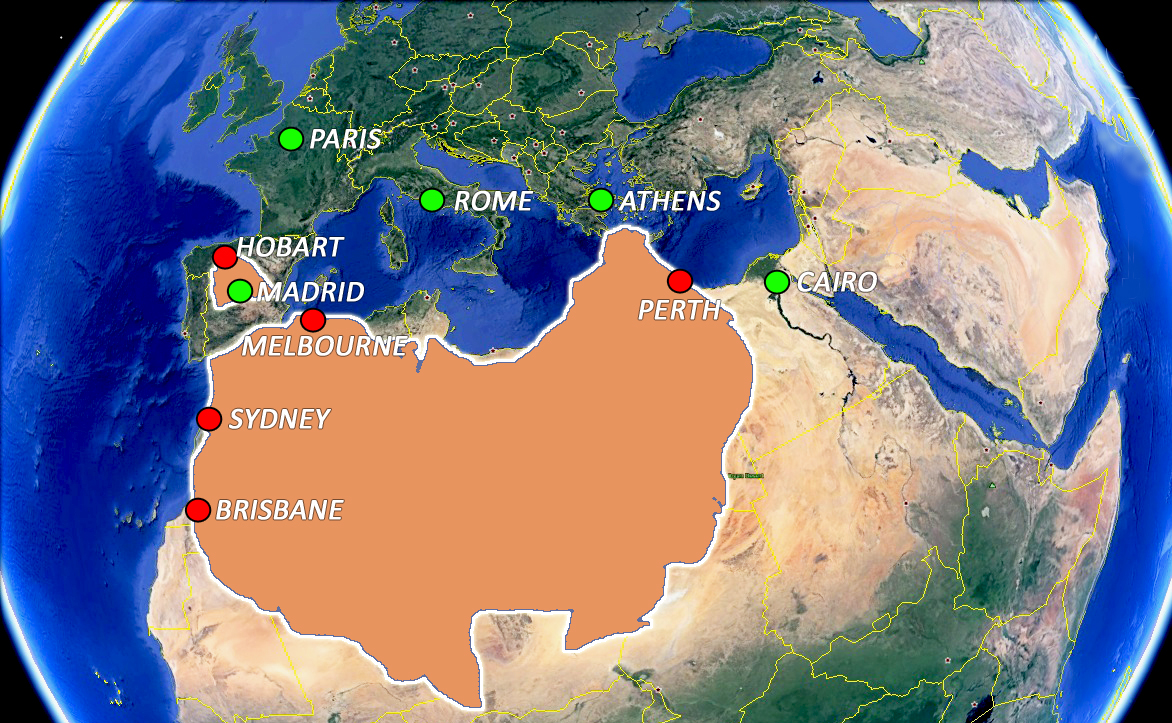 Sydney shares similar compass latitude to Casablanca, Morocco in the Northern Hemisphere while Melbourne has equivalent latitude to Seville, Spain and Athens, Greece. At the latitude of Hobart are found Barcelona and Rome.

To the South, Cape York would be found near Timbuktu, Mali or Saint-Louis, Senegal.