Among the folk arts, wood painting (or country painting) is very popular in Alsace. This tradition of decorating furniture and household items, reminds us that the pleasure of decorating the interior of our homes is not exactly new.

The technique of wood painting 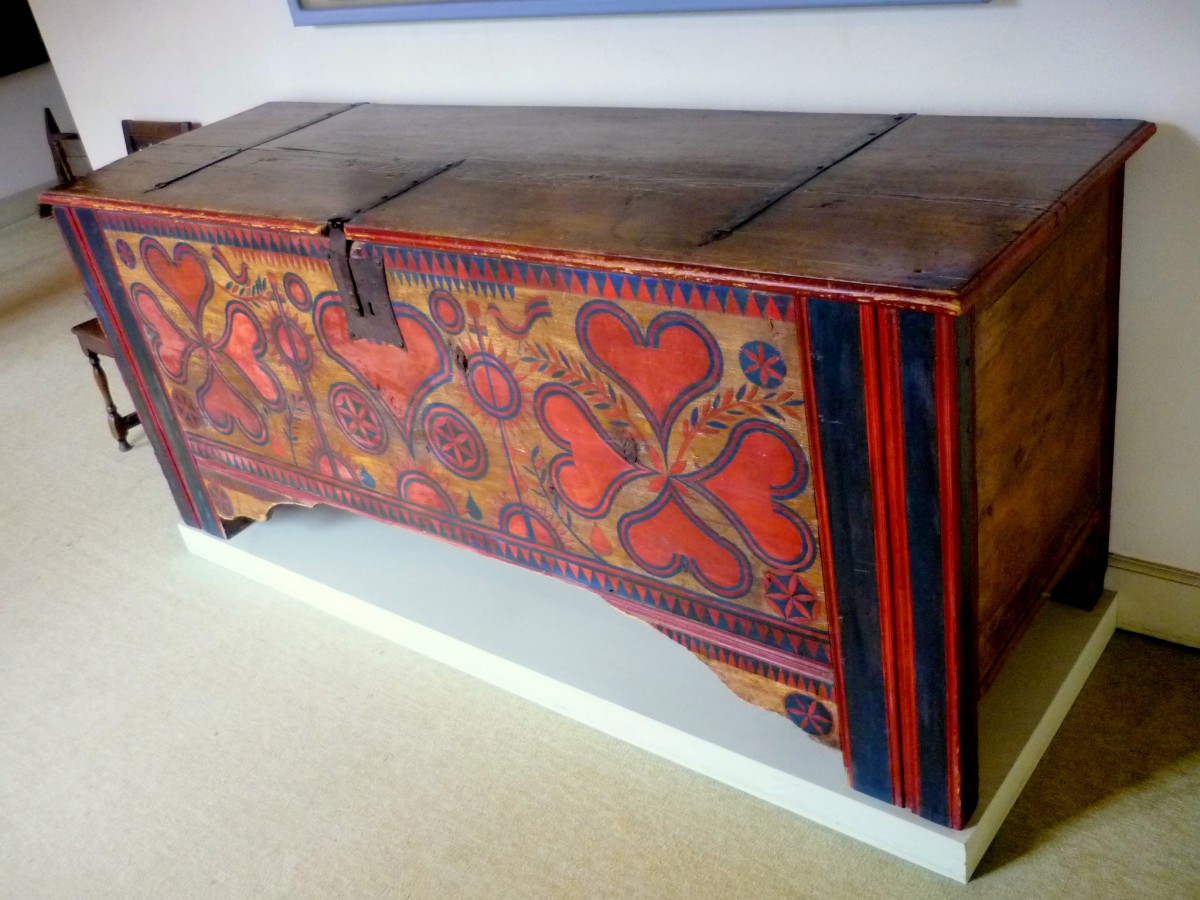 Painted wood, also called polychrome painting is a technique which can be found in almost all the mountainous regions of Europe. Indeed, in the Middle-Ages, forests of pines, fir trees, larches, and beeches provided the peasants with a cheap raw material to build their furniture. Then came the idea of enhancing the poor quality of the wood with colourful paintings. Due to long and rigorous winters, peasants had the time to design or repair household items which were then painted. Usual items included oval or rectangular boxes made from beech, some of them called “coffrets de courtoisie” and which were used to store hats, ribbons, jewellery and other little personal objects. These boxes were ornate with floral motifs in vivid colours.

The furniture included chests, beds and wardrobes. While some peasants continued the tradition of painting their furniture themselves, over the course of time and due to the evolution of technique, the art of painting became more and more the business of the woodworkers who built the furniture. These painted pieces of furniture were passed on in families at weddings noting the year and the monogram of the young bride and forming part of the bride’s dowry. The bride’s initials or the name of her husband, the date of the wedding and sometimes references to a psalm were inscribed.

On the occasion of the birth of a baby girl, a lovely Alsatian custom consisted of chopping down a tree and cutting it into planks which were stored away to age until the girl’s engagement.

Until the 17th century, pieces of furniture were simply daubed with stain in order to mask the white of the wood and to bring out its grain. To make colour, every-day substances such as walnut stain (brown) and diluted beef blood (red) were used and applied with a piece of cloth. The runoff of colour was then wiped away.

Then, in the 17th century, with the introduction of soot diluted with vinegar, a foundation of three colours enabled craftsmen to make red backgrounds with diluted beef blood then on this background trace brown frames with walnut stain in which free handed or stencilled painted motifs would then be drawn.

In the 18th century, other colours were added to the palette. In order to fix these different colours or to obtain effects such as ‘pommelages’, grain or marbling, painters used whey, a paste made from wheat flour and later potatoes.

Painted motifs were of geometric or floral inspiration, all of them featuring a particular symbol:

Today, we are able to admire marriage chests, wardrobes and hosiery cupboards dating back centuries in several museums in Alsace: Altkirch, Strasbourg, Obernai and Colmar, appreciated again after an indifference towards country painting during the 20th century.