“I have also to announce to the House that during the night and the early hours of this morning the first of the series of landings in force upon the European Continent has taken place. […] This vast operation is undoubtedly the most complicated and difficult that has ever taken place.” At noon on the 6th June, 1944, some 70 years ago, the British Prime minister Winston Churchill announced the start of Operation Overlord to the House of Commons.

On the 6th June 2014, 20 heads of states will be present for a commemorative ceremony at Oustreham, Normandy, at the invitation of the French President, François Hollande: Queen Elizabeth II, American president Barrack Obama, Russian president Vladimir Putin, and Australian Prime minister Tony Abbott. 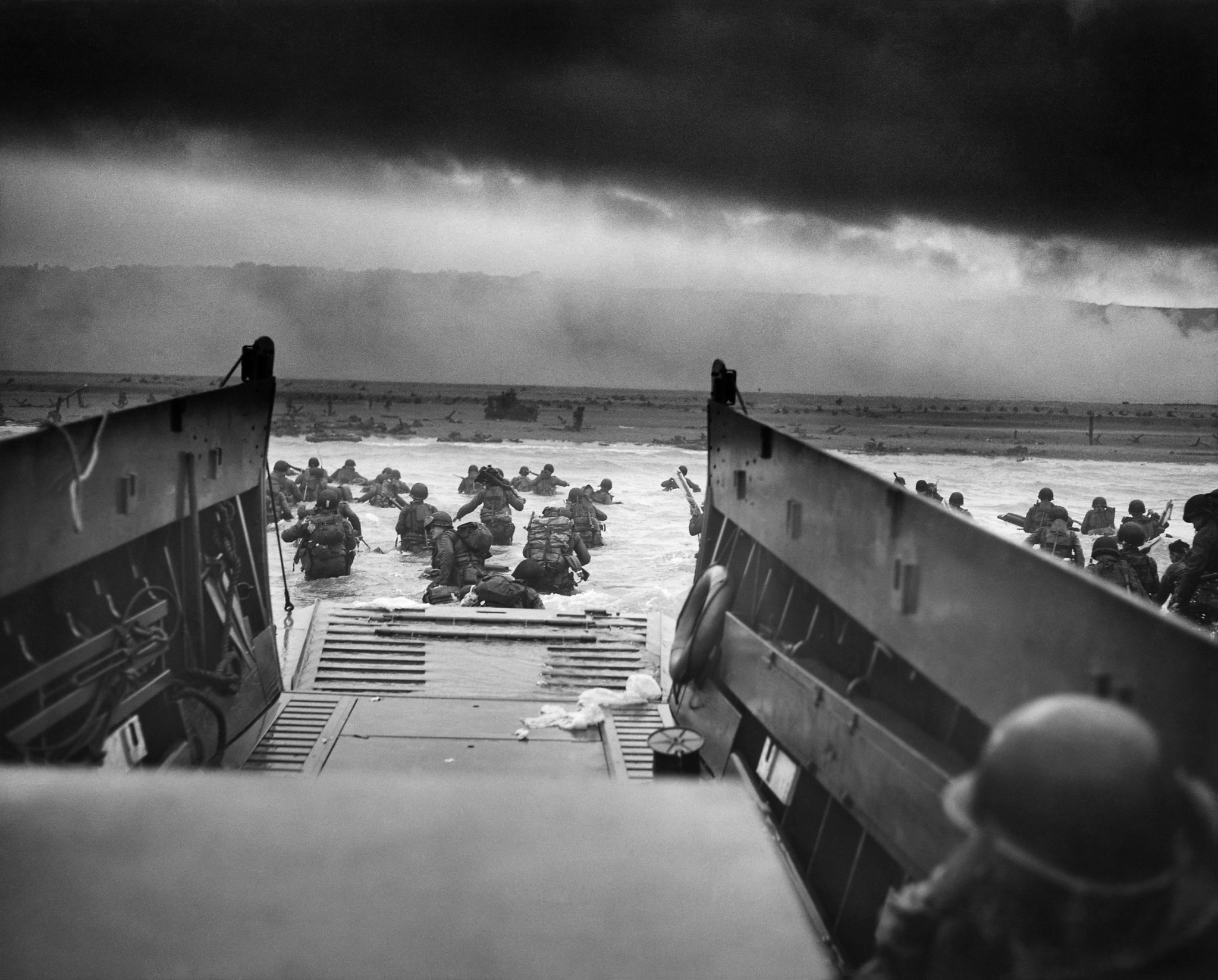 Two days ago, the newspaper The Guardian published a series of photos about the D-day landings in Normandy matching archive images from 1944 to photographs taken in the same locations today by Peter Macdiarmid. The D-day landings are part of the Operation Overlord, the largest seaborne invasion in military history. More than 156,000 Allied troops, including 3,000 Australians, stormed the beaches of Normandy, France.

Since the entry of Australia into World War II on the 3rd September 1939, nearly 1 million Australians had served in the army during World War Two in Europe, Northern Africa and Asia-Pacific. By the evening of the 6th June, 14 Australian soldiers had died and other lost their lives in the following weeks. There are 41 tombs of Australian soldiers found in the cemeteries of Bayeux, Hottot-les-Bagues, Hermanville, St-Desir, Banneville, St-Manvieu, Tilly-sur-Seulles, Bazenville, andRanville in Normandy.

Click here to view the interactive ‘then and now’ photos of The Guardian.

Check out www.le70e.fr/en for more information about the D-Day landings and its 70th anniversary.