Ohh la la… Le Moulin Rouge is one of the most famous cabarets in the world. It is easily recognisable with its red windmill on the corner of Boulevard de Clichy and Place Blanche, Paris. What secrets lie behind the music-hall revue’s history? I’ve done my research about the well-known windmill at the foot of Montmartre and what I found was captivating.

What is the Moulin Rouge?

You may have heard about this Parisian institution without knowing exactly what the Moulin Rouge is.

It’s a cabaret that offers a lively dinner with a glittering music-hall revue. Wild and colourful dance shows are performed by topless women dancing with whirls of feather boas, sparkles and sequins.

However, according to the Moulin Rouge company, the show is for all ages. Children are accepted from age 6 (provided that they are accompanied by an adult).

The magic of the Moulin Rouge resides in its atmosphere reminiscent of the turn-of-the-century Paris.

Where does the Moulin Rouge get its name from?

The red windmill (‘moulin rouge’ in French) was inaugurated in 1889, the same year as the Eiffel Tower.

Built at the foot of Montmartre Hill, the cabaret got its name from a much older event that took place in 1814.

On 30 March 1814, the Battle of Paris took place which led to the fall of Napoleon. A day of fighting filled the streets of Paris when the French troops opposed the Sixth Coalition (Russia, Austria and Prussia).

The Russian troops broke rank and assailed Montmartre Hill, a strategic location in Paris. On their way to the hilltop, the Russians encountered difficulties.

Four millers, the Debray brothers, defended their family windmill against the assault. During the confrontation three of the brothers were killed. The last one resisted valiantly and shot the Russian officer, commander of the troop.

To avenge his death the soldiers took the brother, cut his body into four parts and hung the pieces on the windmill’s sails. At night, the victim’s wife came to detach what was left of the body and put it in flour sacks.

In memory of this tragic event, the brothers’ mother had a little red windmill placed on their grave which is still visible today in the Calvary cemetery in Montmartre.

Why is the Moulin Rouge’s windmill red?

Whether this is an urban legend or not, it seems that the colour of the windmill was chosen for other motives.

Red is the colour of love, passion and… erotism. It is therefore not surprising that it was chosen for places dedicated to pleasure.

And red stands out! What better colour to make the cabaret more attractive and visible, particularly from the Grands-Boulevards. The red windmill was and still is impossible to miss.

To ensure that the windmill’s silhouette can be spotted from far away at night time, its creators had lights installed onto the façade. In fact, the Moulin Rouge was one of Paris’ first buildings to be electrified.

The red windmill: a Parisian landmark

The emblematic silhouette of the fake red-painted windmill has overlooked Boulevard de Clichy since the Belle Epoque. The trademark of Paris’ most celebrated cabaret was designed in 1889 by Adolphe Willette (1857-1926). In fact, the present-day windmill and its sails are a 1925 replica as the cabaret burnt down in 1915 and was rebuilt in 1921.

The cabaret: a success story 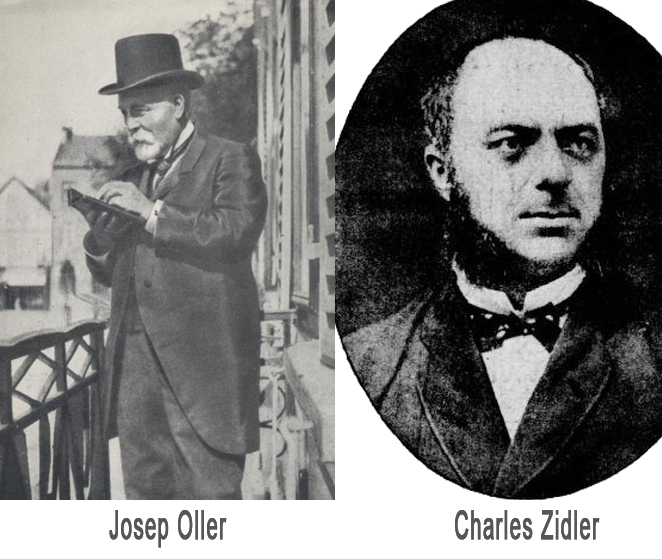 They were inspired by the famous Moulin de la Galette. This mill-turned guinguette is still located near the top of the hill. A guinguette (pronounced “gang-ETTE”) was a popular drinking establishment until the 1950s. It was often a place located in villages close to Paris (Montmartre, Nogent-sur-Seine…) where you could eat, drink and dance.

Threatened with destruction, the Montmartre windmills were transformed into cabarets or guinguettes. Montmartre was then associated with parties.

The new red windmill included a wide dance floor and the cabaret had an extravagant garden at the rear. There was a giant plaster elephant made for the 1889 Paris World Exhibition.

The Moulin Rouge’s shows and stars

Magical shows were inspired by the circus world.

Renoir and Toulouse-Lautrec had their paintings on display which contributed to the Moulin Rouge’s fame.

In fact, the shows were immortalised in the posters and drawings of Henri de Toulouse-Lautrec. The French painter was a regular patron.

Its western side was flanked by a medieval-style decor with a turret and crenelations.

The Moulin Rouge was turned into a dance hall in the 1900s, its main attraction became the French cancan which originated in Montparnasse.

Until now the vigorous high-kicking and skirt-lifting dance has been associated with the Moulin Rouge.

The stars of yesteryear…

The cabaret has featured many stars. These famous dancers have now escaped the French’s memory: Yvette Guilbert, La Goulue, Nini Pattes-en-l’air, la Môme Fromage, Jane Avril, Mistinguett. They were the Lady Gagas and Shakiras of their time.

Other famous entertainers were Valentin le Désossé (Valentin the Rubber Man), one of the few men to dance the French cancan, and (believe it or not!) Joseph Pujol le Pétomane (the immensely popular professional farter).

The Moulin Rouge was ideally located at the centre of nightlife entertainment in Paris.

Burnt down in 1915, the cabaret was rebuilt by 1921 (including a true copy of the iconic red windmill).

The shows went on during the German occupation of Paris. In the 1960s the Moulin Rouge returned to cabaret after a period of restoration.

Some fun facts about the Moulin Rouge

At the foot of the Montmartre Hill, the windmill has some interesting facts:

Where to find the Moulin Rouge in Paris?