Discover Maisons-Laffitte in the Paris region

Discover Maisons-Laffitte in the Paris region

Maisons-Laffitte is worth a visit for its chateau and park. To the North-West of Paris, Maisons-Laffitte in the Yvelines département is located between the royal forest of Saint-Germain-en-Laye and the River Seine.

More than half of the commune‘s territory consists of the former hunting grounds of the chateau, ‘Le Parc’, now filled with well-spaced residential areas lined with open spaces and trees – a peaceful and tranquil place enjoyed by its inhabitants.

The château of Maisons

The Château de Maisons was built on the edge of the River Seine.

However, its garden is oriented towards the forest of Saint-Germain-en-Laye.

The estate was designed as the hub of the royal hunting grounds.

The Château de Maisons is the work of French architect François Mansart. Construction lasted from 1630 to 1651. It is considered one of the best examples of baroque architecture in France and a preview of the upcoming palace of Versailles.

Since the 15th century, the Longueils was the main lords of the place. René de Longueil started the construction of the Château in 1630 with his wife’s fortune. At its completion in 1651, the Château de Maisons received the visit of King Louis XIV (the Sun King).

The description of the château

“The Château of Maisons, of which Mansart made all the buildings and the gardens, is of such a singular beauty that there is no foreigner who does not go there to see it, as one of the finest things that we have in France”.

The Château was based on a rectangular platform surrounded by a dry moat (a French architectural characteristic of the time).

The middle part of the building links two symmetrical short wings. Each has its own roofline with raked roofs and tall chimney stacks.

The facade’s layout comprises three basement-storeys supporting a Piano Nobile on the ground floor followed by three attic floors above.

The Château in the 18th century

When René de Longueil died in 1677, the Château remained in possession of his family.

In 1777, it came into possession of the Count of Artois, Louis XVI’s brother and future king Charles X. During this time, architect François Joseph Bélanger carried out major internal alterations. The works stopped in 1782 due to a lack of funds. Therefore, the Château ceased to be maintained and started to fall apart.

The Château in the 19th century

When the Revolution rang out, the Château was confiscated as “national goods” and sold to successive owners until 1818 when Parisian banker Jacques Laffitte bought it. 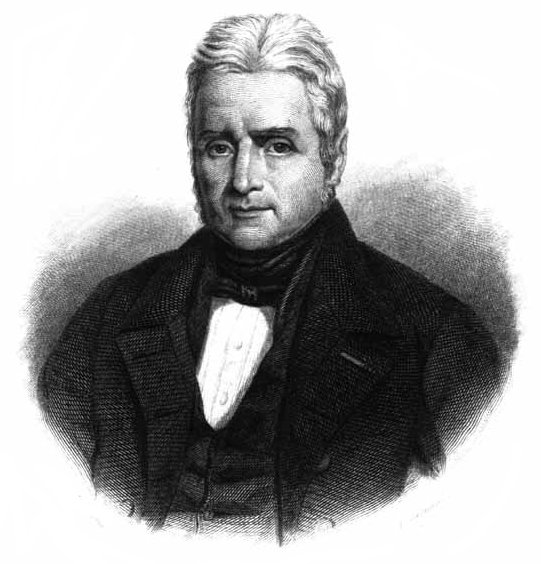 In 1844, the Château was passed on to Jacques’ daughter, the Princess of Moskowa who sold it in 1850.

It was then successively acquired by Monsieur Thomas de Colmar, and by the painter Tilman Grommé, who developed the ‘Petit Parc‘ for housing development. He commissioned the destruction of the entrance gateway to the forecourt and replaced it with a wrought-iron railing brought from the Château de Mailly in Picardy.

By severely reducing the area surrounding the Château, the majestic view that once marked the entrance to the Château was considerably dulled.

In 1905, the State purchased the Château to save it from ruin. It was classed as a Historic Monument in 1914.

The main vestibule is the principal entrance to the centre of the Château.

It led to the apartments of the Masters of the ground floor and to the rooms on the first floor that were intended to the King and the Queen of France.

The vestibule on the ground floor opens to two state apartments:

The majestic staircase is a major piece of art from Mansart. It climbs around a central space left open and climbs on the four walls of the vestibule.

On the first floor, the ‘Appartement des Aigles‘ (1804), to the right, displays an Empire-style decor. The Château’s owner at the time, Maréchal Lannes designed the apartment when expecting the visit of Napoleon Bonaparte.

The ‘Appartement du Roi‘ (the King’s apartment) to the left of the staircase on the first floor is a masterpiece covered in a false vaulting, also called ‘à l’italienne‘.

Click here to see more photos of the chateau’s interior.

The Park of the castle

The distance between the Château and the forest of Saint-Germain-en-Laye was covered by a central axis, still used today by strollers and picnickers.

The park accounts for 62 km of avenues, including 48 km paved with bitumen or gravel, 6 km of bridle paths and 8 km of dirt streets.

The estate used to include vast stables, as magnificent as those of Chantilly and Versailles.

A lodging estate within the castle’s park!

In the 1830s, Château’s owner, Jacques Laffitte, experienced financial difficulties. He found a genius solution: to create “a town made of countryside houses”, by dividing the ‘parc’ into housing lots to be sold to aristocrat purchasers.

In order to see the development of the ‘Parc du Château‘ through successfully, Laffitte needed to dismantle the fine stables to supply construction materials to his customers.

The original perspectives created by François Mansart can still be seen today. Jacques Laffitte, concerned with the protection of this unique mix of residential areas and woods, laid out a detailed specification that is still enforced today.

The first buyers were Parisian Bourgeois who belonged to the finance and show business industries.

Maisons-Laffitte and the horses

In the 1880s, the city and its park housed one of France’s biggest horse racecourses. The horse has since become a part of the daily life of Maisons-Laffitte’s inhabitants. When strolling in the park, you will often come across horse riders. This explains the singular rule of priority that applies to cars in the presence of people trotting along on horses in the park.

The town of Maisons-Laffitte

Boutique shops, restaurants and a covered market make this little city of 22,000 inhabitants a pleasant place to live. Here you are away from the busy, bustling hub of Paris but close enough to still work there with the Arc de Triomphe a quick 18-minute train ride!

The western suburbs of Paris (from Maisons-Laffitte to Saint-Germain-en-Laye through Le Vésinet) are known for attracting English speaking ex-pats who are looking for green areas a stone’s throw from the busy capital.

Maisons-Laffitte, a charming isolated island of tranquillity located between the Seine and the forest of St Germain-en-Laye is a great place to stay or even live!

Shop in the town’s beautiful shops where you can get excellent produce, the freshest bread, cheese, meat, not to mention seasonal fruit and vegetables.

For fish – get it from the market on Wednesday and Saturday markets and don’t forget little ‘barquettes’ of the sweetest raspberries when in season. Take your treasures back and cook or go to the lovely restaurants in the Parc or town centre.

You can stroll along the river Seine or visit the chateau, there is also a small cinema if you fancy! For the most exquisite patisseries and French baguettes, there are many boulangeries-pâtisseries to choose from along Rue de Longueil.

Its reasonable size (22,000 inhabitants called the Mansonniens), the quality of its shops (including tempting delis, florists and cheese shops) and the variety of outdoor activities (horse riding, walks in the forest) contribute to the success of the little town.

Maisons-Laffitte is reached by the RER A suburban train and Transilien.

On your way back to Paris, make sure you get a look at the impressive skyline of Paris’ CBD La Défense… and if you are looking close enough, you will also notice the Eiffel Tower’s spire!

The Transilien suburban rail line starts at the Saint-Lazare terminal train station (close to the shopping area of Printemps-Galeries Lafayette) and the average journey takes a little over 20 minutes.

Discover 25 Most Important Landmarks of Paris